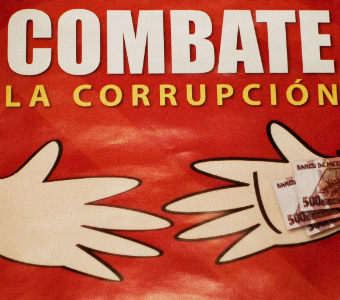 UPDATE Sep 17, 2012: The text has been revised to clearly reflect the relation between the company in line for EIB and EBRD loans – ENEA Operator – and the company facing corruption allegations – ENEA S.A.

We have seen a number of cases recently, where clients of the European Investment Bank and the European Bank for Reconstruction and Development have allegedly been involved in serious cases of corruption. (See for example Alstom in Slovenia and EPS in Serbia.)

Now a similar case has developed in Poland, where the company in line for loans from the EIB and the EBRD – ENEA Operator – is a fully owned subsidiary of ENEA S.A., which has come under official scrutiny now. (The EIB has approved but not yet signed a loan to ENEA Operator, the EBRD will decide on October 30.)

Since then, ten more parliamentary questions have been issued, three state institutions have started investigating irregularities into ENEA S.A. and the public prosecutions office in Poznań opened a corruption investigation (details below). In all these cases, ENEA’s CEO Maciej Owczarek would be deeply compromised if the allegations turned out to be true.

A parliamentary question from May 23, 2012 which claimed [doc, PL] that the state representative was bribed by ENEA CEO Maciej Owczarek has led the local prosecution office in Poznan to open an investigation into the case.

Ironically, although the MP who issued the parliamentary question had informed both the government and ENEA, and the company is investigating the case, the accused remains in his position and thus supervises the investigations that concerns himself.

The public prosecutions office in Poznań is investigating the (incomplete) privatisation of ENEA S.A. during 2010-2012 [PL]. Under investigation are among others payments in March 2011 and February 2012 of altogether PLN 1 million from ENEA S.A. to Central Europe Energy Partners (CEEP), a Brussels based lobbying organisation of energy companies.

According to another parliamentary question [doc, PL] from April 2, 2012 these payments have been made in the sole discretion of ENEA CEO Maciej Owczarek, without the legally required authorisation by the company’s board of directors.

The most recent case is an investigation by the Supreme Audit Office (NIK) [PL] into the tender procedure for a new billing system.

After the company ASSECO Poland bid with the cheapest offer, Owczarek decided to cancel the tender, which was followed by a second one, constructed (by the CEO) in a way that excluded ASSECO from participating. The final winning tender was an offer several times more expensive than the original one by ASSECO. (Source [doc, PL])

It is highly unlikely that these cases will be sufficiently clarified until the EBRD approves its loan to ENEA Operator. To stay clear of controversies as the one in Sostanj and Kolubara, the bank should at least wait until official investigations have been concluded.