Home > Blog entry > Another David vs. Goliath fight in Poland over road construction in Natura 2000 site

Road construction in Poland can be a cause for great controversy in Poland not least when incomprehensible roads designs clash with nature. 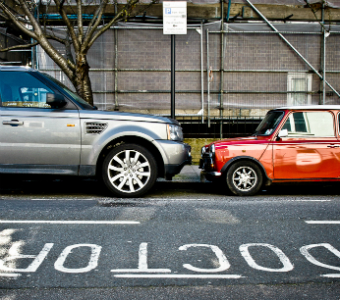 In mid-September this year, a Polish NGO called Workshop for All Beings (Stowarzyszenie Pracownia na rzecz wszyskich istot) won another court case against Polish authorities: a court declared that the road construction permit for a section of expressway S7 going through a Natura 2000 site was illegal. This is what Pracownia had been arguing for years.

The S7 is to be one of Poland’s main roads, running from the Baltic Sea in the north to the country’s southern border and connecting Poland’s major cities: Gdansk, Warsaw and Krakow. But, according to Pracownia, a planned section of the road linking the town of Skarzysko-Kamienna and the Swietokrzyskie-Mazowieckie region border is in violation of both national and European law.

The main problems with this particular segment of the road are:

(Read also this briefing (pdf) detailing the shortcomings of the S-7 expressway.)

This David versus Goliath fight over the S7 is far from over. The court ruling in September did imply that Pracownia was right on the legal arguments, but – in what was quite a surprising formulation of the ruling — stated at the same time that it is up to the authorities to implement the court decision. De facto, this means the national authorities may decide to go ahead with construction despite the road construction permit being declared invalid.

Pracownia, on the other hand, are far from giving up. They have submitted a complaint about the road section to the European Commission in light of the breaches in European legislation. Another expression of concern has been sent to the European Investment Bank, the house bank of the EU, which plans to co-finance this road.

This is an enormous amount of controversy for just 8 kilometers of road. But the impact on nature of this segment could be huge for little or no benefits. It is hard to understand why Polish authorities are pushing for this project when clear alternatives exist. With construction just about to start, it is still not too late for the Polish state to do the right thing. If it insists on this bad project, Poland risks once more turning itself into Europe’s black sheep when it comes to the environment.