The putting on hold (for now) of another waste incinerator project confirms a negative assessment of the Czech Republic’s performance in waste management. And still, the Czech government fails to grasp that the only properly sustainable way forward is investment in recycling and waste reduction. 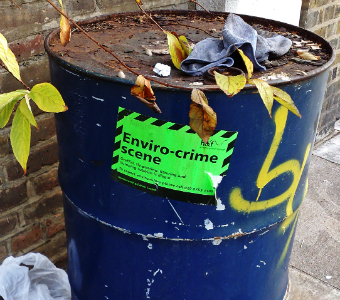 Earlier this month, the Czech Republic’s handling of municipal waste came under criticism from the European Commission, when it was identified as one of several EU member states not doing enough to recycle and actually infringing European legislation.

Of these failing waste states, the Commission press release notes:

“Failings include poor or non-existent waste prevention policies, a lack of incentives to divert waste from landfills, and inadequate waste infrastructure. Heavy reliance on landfilling means that better waste management options such as re-use and recycling are consistently underexploited. The outlook is accordingly poor.”

This outlook will remain poor if the Czech Republic doesn’t start reconsidering its love for waste incinerators.

Bankwatch has campaigned – often successfully – against several such projects. The most recent success came earlier this month in the Czech Republic with the announced abandonment of plans to develop the GBP 185 million Karvina municipal waste incinerator with support from EU funds allotted in the current EU programming period (2007-2013).

But while the project will not be moving forward at this stage, it’s not unlikely that Karvina will get another chance for EU funding support in the forthcoming programming period 2014-2020, since the current Czech government still proposes to favour incinerators over recycling [CZ].

The Karvina incinerator, officially called the Regional integrated centre for recovery of municipal waste in the Moravian-Silesian Region (in north-east Czech Republic), had been intended to be ready for operations in 2015. The promoter company is KIC Odpady, whose shareholders are the region and municipalities of Ostrava, Karviná, Havířov, Opava and Frýdek-Místek.

The project financing was heavily reliant on public money, in particular on EU Cohesion Policy money, a loan from the European Investment Bank, and regional and municipal budgets. Earlier this summer the European Commission deemed that it could only provide a 20 percent subsidy under Cohesion money for the project, while the promoters had been relying on a 40 percent figure – the CZK 1 000 000 000 shortfall has been a major factor behind the spiking of the project for now.

Another contributing factor has been a legal action brought by environmental groups, including Bankwatch member group Hnuti Duha, related to the planning of the incinerator. In January this year the Ostrava Regional Court has issued a preliminary verdict that undermines the validity of the zoning and planning decision for the proposed incinerator site because a rare dragonfly species lives in the vicinity. Since a valid zoning and planning decision is necessary for the construction permit and also for the application for EU funding, the decision posed a serious roadblock for the project.

There are also wider issues and question marks about the Karvina incinerator’s suitability that we have raised and that continue to dog the project:

If the Czech government realises its plans to prioritise waste incineration over recycling, Karvina and similar projects will continue to be put forward for EU funding. My hope is that the European Commission is quite clear about its priority for waste prevention and recycling when it meets with the Czech Ministry of Environment in September to discuss the country’s waste management performance.

UPDATE 30.08.2012: The title has been changed to convey that this story, despite the mixed outlook, is about a successful campaign after all.