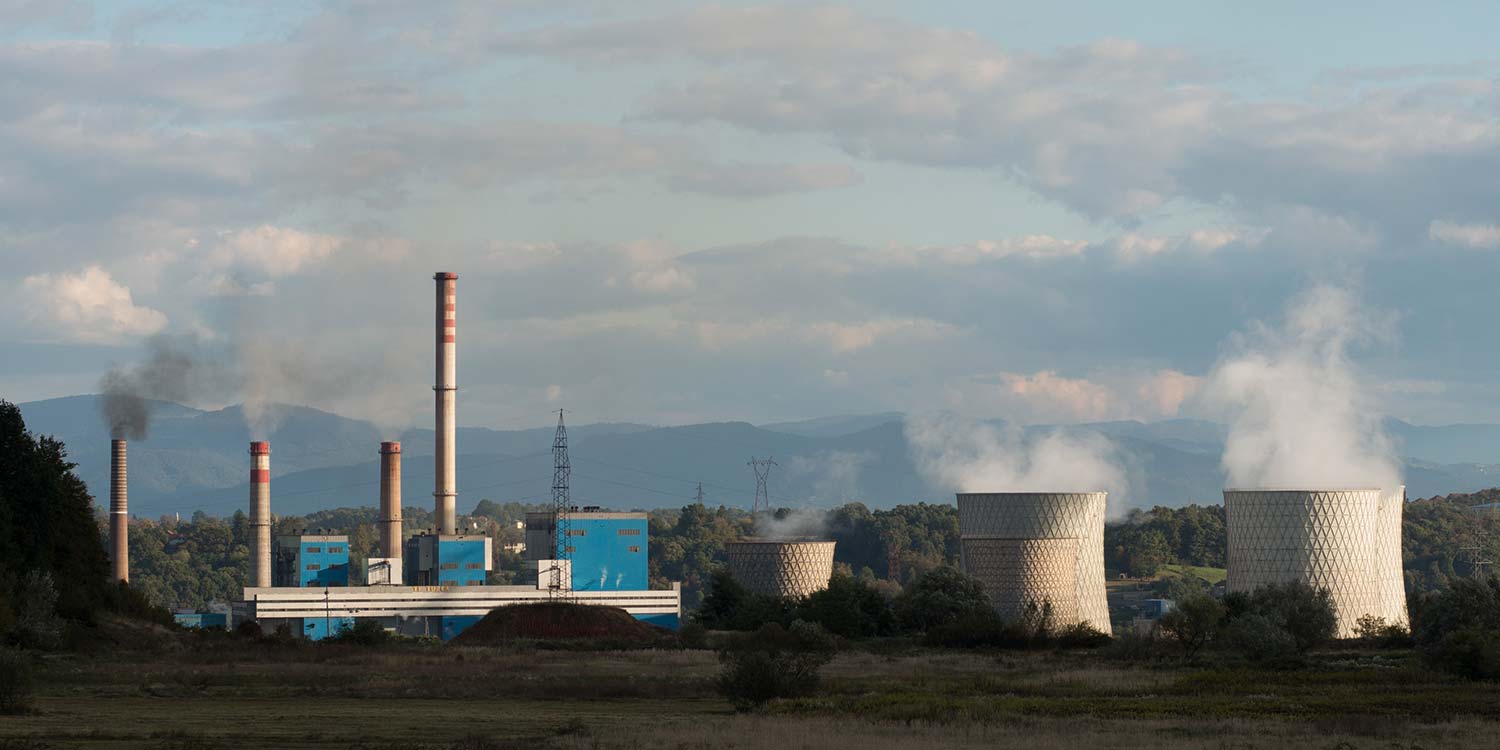 A planned new unit at the Tuzla lignite power plant in Bosnia-Herzegovina will not meet new, stricter EU pollution standards if it is built as planned. (Image by Ana Constantinescu for Bankwatch.)

The new LCP BREF standards might not have the snappiest name, but they could bring substantial relief for people in places like Bitola (Macedonia), Tuzla (Bosnia-Herzegovina) and Pljevlja (Montenegro) who have for years been suffering from suffocating air pollution caused partly by neighbouring coal power plants.

The new standards, adopted by EU member states in late April, include tighter pollution limits for nitrous oxides, sulphur dioxide and dust, and a new standard on mercury emissions. They oblige large plants to use the best available techniques to reduce pollution. These measures cannot reduce coal’s significant CO2 emissions and its contribution to climate change, but they will lead to significant reductions in other pollutants and have a positive effect on air quality across Europe.

Since most of the Western Balkans countries have legislation which refers explicitly to EU standards for the best available techniques, from now on, permits for new power plants must be based on the LCP BREF. When permits for existing plants are renewed they need to follow the new standards as well.

Yet most of the region’s governments are not addressing this issue, in spite of numerous warnings by Bankwatch and others. None of them have required planned new power plants in the region to comply with the new rules, even though the new LCP BREF has been under development for several years.

In our recent analysis, we found that almost none of the planned new power plants in the Western Balkans would meet the new LCP BREF standards. Of the eight coal-fired units we examined, planned in Bosnia-Herzegovina, Kosovo, Macedonia, Montenegro, and Serbia, five would certainly not meet the new standards, while sufficient information is still not publicly available for the remaining three.

Yet none of the governments in the region is insisting on applying the new standards, even in the countries nearest to EU accession. The environmental impact assessment (EIA) study for the Pljevlja II plant in Montenegro shows that the plant would comply only with the 2010 EU standards from Annex V of the Industrial Emissions Directive, which are now out of date. Yet, the Montenegrin government completely disregarded warnings on this issue submitted in 2016 as part of official comments in the process by NGOs Green Home and MANS.

Montenegro’s electricity utility Elektroprivreda Crne Gore, for example, called the analysis we released in June “critical and incorrect” (PDF, p.11), stating that “The construction of Unit II will be in line with guaranteed conditions and EU standards for the relevant coal combustion technology. It should be mentioned that it is the obligation of the contractor to apply modern and the best available technology (BAT), including all activities for cleaning waste gases in line with the defined EU Directives, even in the case that more rigorous international ecological standards appear”.

This all sounds nice but if the plant’s environmental impact assessment and feasibility study don’t even mention these more rigorous new standards it is hard to imagine them really being implemented – and if they are, they will most likely tip the project even further into economic unfeasibility.

Meanwhile, in the ongoing EIA process for the 350 MW Kostolac B3 plant in Serbia, the study authors take the attitude that any changes that need to be made to the plant to comply with the new standards can be done later, once the new plant is built. Adding such costs at an undefined later date is an extremely risky strategy for the plant’s already shaky feasibility.

And the likelihood of such investments really being made seems very low, if we examine the current foot-dragging across the region as the 2018 deadline approaches for compliance with the Large Combustion Plants Directive under the Energy Community Treaty. The governments have known about the deadline since 2005 when they signed the Treaty, yet very little has been done to bring existing plants into line with the standards.

Based on this experience, the construction of new plants that are not even in line with the latest standards has to be avoided at all costs. If the region’s governments will not ensure this themselves, it is up to us as civil society to make them do so.