Montenegro’s new draft energy strategy needs cutting down to size if environmental and economic damage is to be avoided. 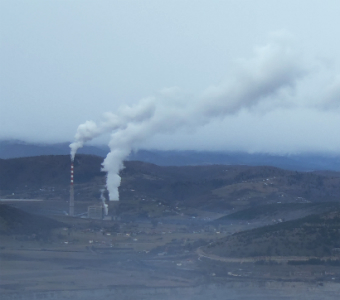 Looking at the Montenegro government’s draft White Paper on the country’s Energy Development Strategy until 2030, due to be approved on June 19, you would never think that this is a country of around 650 000 people that plans to join the EU within six years.

Why? One reason is that the amount of planned electricity generation infrastructure is reminiscent of a bigger country. Three new major projects are planned to be carried out simultaneously during the next few years – the Pljevlja II coal power plant (220-250 MW) and Moraca (238 MW) and Komarnica (168 MW) hydropower plants – which seems ambitious to say the least, especially considering that the last tender for Moraca hydropower cascade failed in 2011 when not a single investor applied. 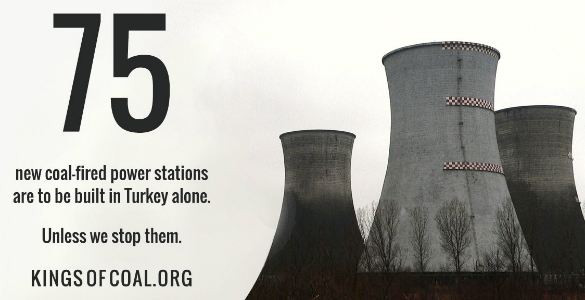 Because of some investors’ undiminished appetite for financing coal power, Bankwatch created an interactive toolkit that explains how to contact the investors behind a project, which policies guide their decisions and how best to influence them.

Why does Montenegro need so much electricity? The short answer is that it doesn’t. For decades Montenegro’s electricity demand has been largely dictated by the Podgorica Aluminium Factory – KAP – which has at times used around 40 percent of the country’s electricity. But the company has been in long-term decline and has been bankrupt since last year. Undeterred, the government’s draft White Paper sees the factory working at half capacity during the coming years.

Another driver for the ambitious plans is economic growth – notoriously hard to predict – which the White Paper puts at 3.7 percent from 2010 until 2015. But so far Montenegro’s annual GDP growth hasn’t hit that figure even once since 2010, let alone averaged it, and according to the EBRD’s (pdf) and the World Bank’s current forecasts it doesn’t look like it will do so by 2015 either.

Even that electricity that Montenegro does use could be reduced significantly if more attention was paid to residential energy efficiency and stopping wasteful practices such as using electricity for heating, yet the government is not pursuing this potential with anything like the zeal it reserves for new large infrastructure.

In addition to overestimating domestic demand, the Montenegro government is set on positioning the country as an ‘energy hub’ with spare electricity to export to its Balkan neighbours and Italy. This might be fine if it had a vast supply of clean energy sources to export environmentally benign electricity from, but this is not the case. The Moraca and Komarnica dams are both highly controversial due to their impacts on protected natural areas, and one of the planned sources of electricity for export is none other than the Pljevlja II lignite power plant. The town of Pljevlja is already choking from years of lignite pollution and its inhabitants can hardly be expected to be thrilled at the prospect of a new lignite plant that will export the electricity and leave the pollution behind. 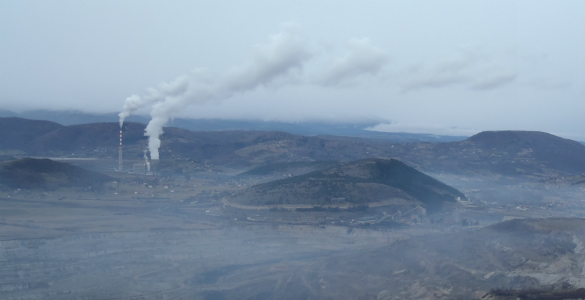 The existing power plant in Pljevlia.

Much of the draft strategy also overlooks EU rules and obligations, even though decisions taken now will only just be being implemented when Montenegro joins the EU, assuming it manages to enter by 2020 as planned. Montenegro has adopted a renewable energy target of 33 percent by 2020 as part of its Energy Community obligations, but it names Moraca and Komarnica as important for achieving it, even though the same document says they will be ready in 2021 and 2022 respectively. The strategy foresees an increase in greenhouse gas emissions until 2030, in a period when the EU as a whole plans to decrease its emissions by 40 percent compared to 1990 levels. And the Industrial Emissions Directive, which should play a decisive role in decisions about the planned and existing Pljevlja power plant units, is treated as something hardly worth mentioning.

In short, the draft strategy is outdated before it has even been approved. Rather than rushing ahead with it, the Government should scale down its ambitions to something more achievable and befitting of an ecological state.