When the European Investment Bank and the European Bank for Reconstruction and Development invest money in our countries, they are often expected to promote good practices in the projects they support. 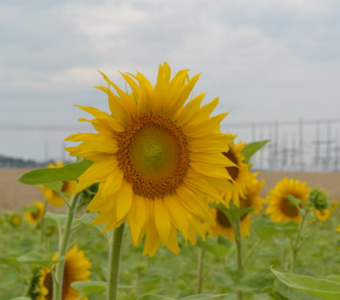 They’re public European banks, they should be adhering to European standards, and part of the reason we want them to be active in our countries in the first place is precisely to raise standards. The banks themselves on occasion like to point out that their financial investments pressure local partners into being more efficient, cleaner, neater.

But, of course, the reality is sometimes different than what we imagine. The Rivne-Kyiv high voltage project in Ukraine is a case in point. This high voltage line would link the Rivne nuclear power plant in north-western Ukraine with a substation near the capital Kyiv thus allowing the nuclear plant to work for full capacity.

The transmission line is, in effect, infrastructure supporting nuclear power. That, in itself, is a problematic thing: nuclear power comes with so many risks and has too many costs that it is getting increasingly hard to argument that it is a worthwhile investment. But apart of this fundamental issue, the construction of the Rivne-Kyiv high voltage line comes with a series of irregularities; loans to finance the TL have been agreed even though the route for it has still not been finalized and agreed upon by the local populations on the way.

Five years ago, the EIB and EBRD said they’d co-finance this almost half a billion euros worth investment. The most problematic component of this project, from our point of view, is the construction of two 60-km 330 kV transmission lines which is missing a proper environmental impact assessment – even though an EIA is mandatory for such a project according to EU law.

In the beginning of 2012 the National Ecological Centre of Ukraine (NECU) filed a complaint to the EBRD Project Complaint Mechanism (PCM) about the lack of a proper environmental impact assessment. We have been recently told that we would hear on the results of our complaint by the end of July, way after the 40 days the EBRD’s own internal regulations say it should take to judge the eligibility of any complaint.

The EIB is not doing much better: even though they committed to financing this TL in 2008, they are also missing a complete EIA and the information available about the project on the bank’s website has not been updated since. NGOs monitoring this project and local affected communities need to know the project stage, details about the project’s environmental impact and especially information regarding public consultations for the remaining parts of the project. Such information absolutely needs to be on the website if EIB wants to have any claim of transparency.

Apart of this major misgiving, the EIB, like the EBRD, has breached its own rules when it comes to the EIA for this project: an EIA was supposed to be finalised 30 days before the project was presented for approval to the board, which never happened according to our knowledge. For this breach, too, Bankwatch submitted a complaint, this time to the EIB.

Five years have passed since two European public banks committed to financing this project, but neither bank has managed to impose any kind of solid environmental and legalistic European standards on the Ukrainian partners; in fact, the two banks have actually managed to break their own internal rules in the process.