The expansion of Budapest’s Ferenc Liszt International Airport, financed by the European Investment Bank (EIB), illustrates how big infrastructure projects are promoted at the expense of people and the environment, ignoring EU environmental requirements and the EIB’s own environmental and social standards. However, what is most striking about this case is the fact that a project with EU financial support, has ended up trapping citizens in miserable lives only few are able to flee. 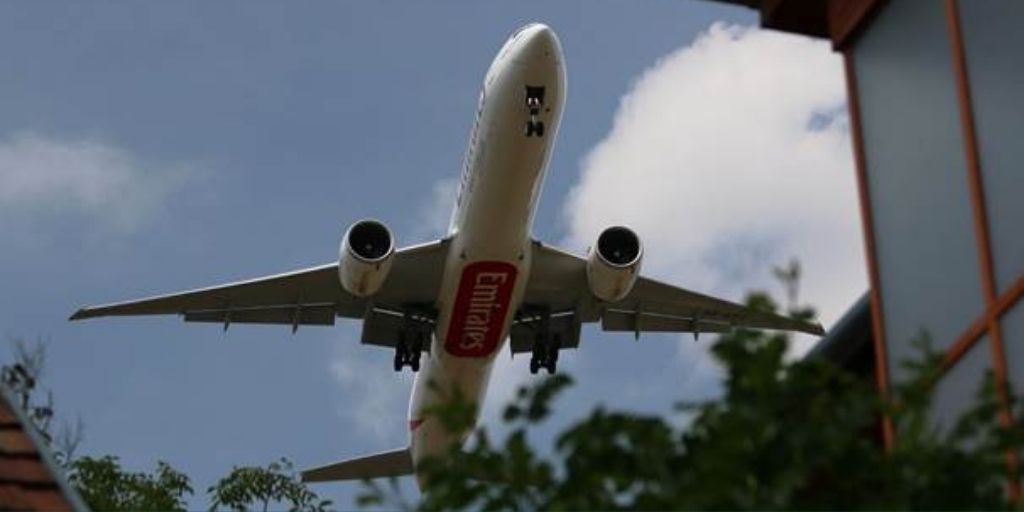 When designed in the 1930s the airport was located merely 16 kilometres from the centre of Budapest to ease the access. In 2019 it served a record 15 million passengers and its expansion assumed an increase in passenger turnover to 21 million.

A plane lands or takes off approximately every four minutes or even more frequently right above the neighbouring households’ roofs. And for the million people living around it – including families with children whose houses had been built decades before works to expand the airport even started – life has become unbearable.

A new analysis by Bankwatch and MTVSZ reveals the extent of air pollution the airport is responsible for and the toll it has been taking on local residents. The levels of micro-dust pollution in the radius of  9 kilometers around the airport is 4 to 13 times the average level. During our field visit to the area, home to half a million people, citizens or relatives of those with pulmonary fibrosis or brain cancer reported that they have often been told by physicians that their disease was largely attributable to kerosene or noise pollution, even if not confirmed in writing.

Noise is even more unbearable. During the day, noise levels exceed those recommended by the World Health Organisation and those allowed by the EU’s Noise Directive. Inhabitants living in close vicinity of the airport are simply unable to have conversations outdoors.

The airport has also been granted permission to operate during the night. Six landings or takeoffs between 00.00 and 05.00 are allowed. Local residents also reported that regulations on flight paths and aircraft altitude over inhabited areas are often violated.

The Hungarian Ombudsman for Future Generations has also alerted  the Hungarian government in February 2019 that the  excessively busy air traffic during the night (exceeding the planned number) means that the right of affected citizens to a healthy environment is being violated. Vulnerable groups and those with financial difficulties are not able to easily adapt to or move away from an environment that threatens their well-being.

It might be hard to believe but despite these significant environmental and social impacts, widespread public dissatisfaction and frequent complaints sent to Hungarian authorities, the project to expand the airport has never been subject to any environmental or social impact assessment.

The developer, Budapest Airport ZRT, has managed to circumvent both EU environmental legislation and the EIB’s standards by obtaining exemptions from requirements to comply with the local spatial plan and for an environmental impact assessment. Somehow, the EIB’s social and environmental due diligence for the project did not spot any adverse social impacts. The glaring non-compliance with the EU’s environmental impact assessment regulations and the EU Noise Directive has also been ignored by the Bank. And in 2018, the EIB awarded the project a EUR 200 million loan, with the only positive economic and social impact being a job creation potential. The EIB loan was also guaranteed by the European Fund for Strategic Investments.

This case demonstrates that the EIB doesn’t have in place the environmental, social and human rights standards and due diligence procedures needed to ensure that all the projects it supports comply with EU law and the EIB’s own policies.

The EIB often argues that projects in the EU must comply with national law and thus automatically with EU directives and regulations. But reality is different. The ongoing review of the EIB’s Environmental and Social Sustainability Framework must address these shortcomings to ensure these projects are serving people and the environment, not compromise them.

On the other hand, basic mobility rights do not mean ‘fly as we please and dump the external costs on locals’, and mobility must not overrule the fundamental human right to a healthy environment and local living/livelihood. The COVID-19 pandemic provided an outstanding opportunity to rethink our approach to globalisation, including foreign trade and long-distance travel, and to find alternatives. Returning to the old ‘normal’ is just not an option, and this is our shared responsibility.