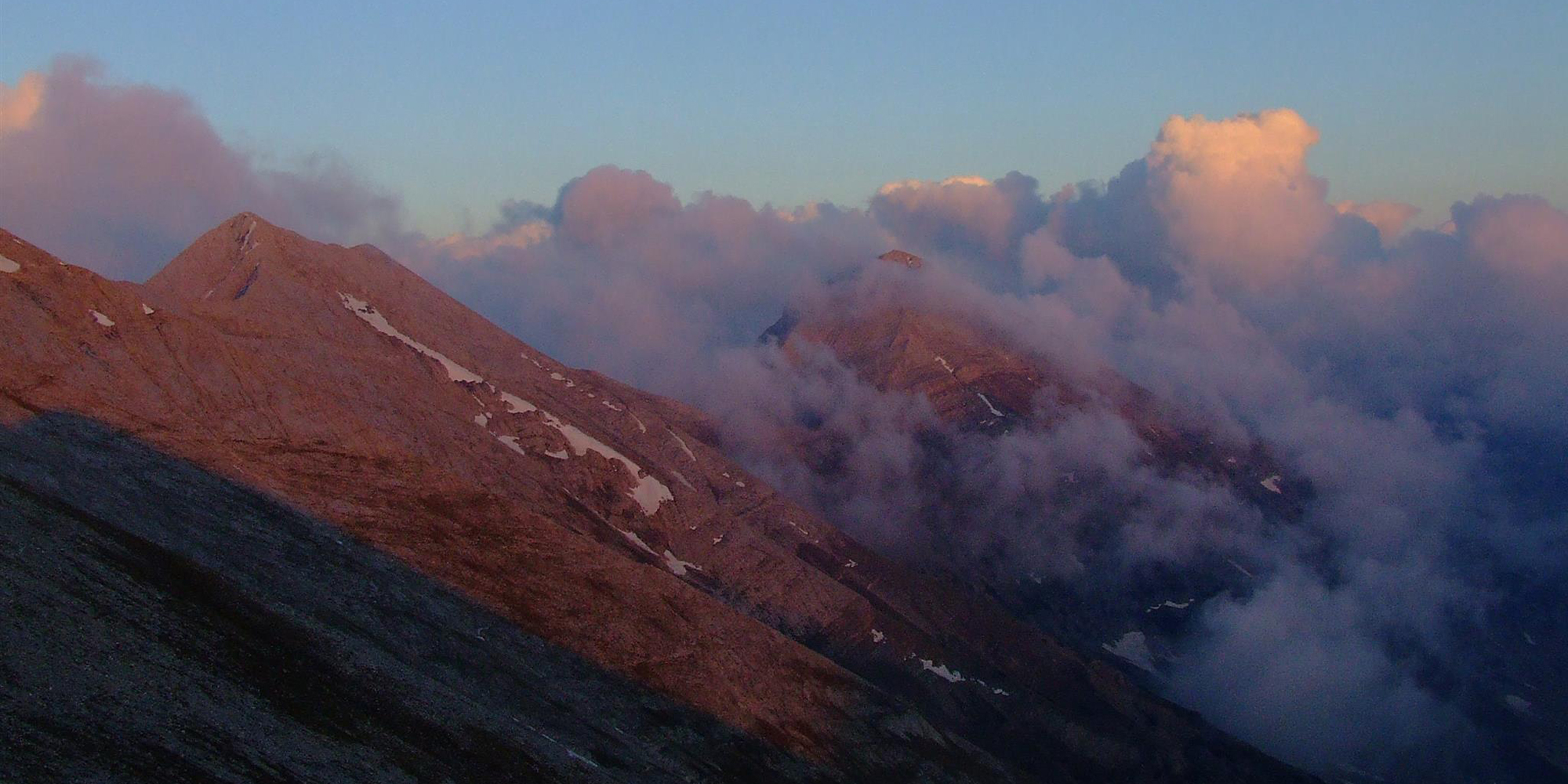 The peaks of Pirin at dusk. By Andrey Ralev

For almost two months now,  Bulgarians from across the country and abroad have taken to the streets to defend the country’s natural mountainscape against new developments.

At stake is the Pirin National Park, home to bears, chamois, wolves and centuries-old pine forests whose unique value has won it the status of a World Heritage site.

What sparked the protests was a government decision from 28 December 2017. This decision seeks to change the park’s management plan and effectively opens the door to new development, commercial construction and logging of up to 48 percent of the park’s 400 square kilometres territory. But our protesters are not only about Pirin – these are about democracy and about ending corruption.

About 15 years ago ago the ski lift and new ski runs were allowed in the National Park. The company involved performed a number of illegal developments on the Park territory without being ever fined for polluted river, illegal logging, building illegal ski runs and a huge reservoir lake, etc. People fear that the new plan is just a pre-text for another massive destruction of the mountain.

The current management plan only allows for construction in 0.6 percent of the park’s territory, but with the changes approved a massive extension is now possible. A ski resort located in the nearby town of Bansko is already encroaching on Pirin’s mountainous forests, but the owners have future plans for expansion. The current concessioner has already gone beyond the allowed territory of the concession with an estimate of 60 per cent.

The park’s management plan is funded with EUR 10 million from the previous EU budget period (2007-2017), and both the parks authority and the Bansko municipality are beneficiaries of EU funds. It is especially worrying that the European Commission has permitted EU funding for environmental destruction, given how poor is the state of infrastructure in the town of Bansko.

Za Zemiata and other civil society groups have already warned that the park’s new management plan could allow, not only for further development of the ski resort at the expense of the vulnerable natural habitats that are part of the World Heritage site, but also for clear cutting of centuries old forest and thus endangering protected species.

The government has repeatedly tried to argue that it’s local residents who stand to gain from this development. But there is a growing recognition among the public that the ultimate beneficiaries would in fact be the current concessioner and big hotels.

The once small, picturesque town of Bansko is already littered with construction works, ghost houses that stand empty throughout most of the year, and water pollution that the local residents believe originates from the artificial snow used in the ski resort.

In fact, the media in Bulgaria hardly reported on the issue until it received considerable international attention. That is why protesters, who wanted to ensure the government does not ignore their call, felt they need to be particularly creative and organised flashmobs, marathons, music concerts, art installations and even meditation sessions.

The inauguration of Bulgaria’s EU Presidency on January 11 was met with an escalation of the protests when over 8,000 people marched on the streets of Sofia and more in towns across the country and throughout Europe. Rallies took place even in Australia and Tanzania to join the calls to protect the Pirin national park.

Protesters now gathering in Sofia every Thursday have developed a set of demands from Bulgarian policymakers. They urge the government to withdraw its decision on the park’s management plan, they demand the resignation of the infamous climate sceptic environment minister Neno Dimov, and they want full transparency about the concession contract including the identity of the real owner of the ski resort.

New demands were added following the visit of the co-chair of the European Green Party Ska Keller in Bulgaria last week. She joined the Thursday night protest and visited local communities in both the Kresna gorge (another biodiversity hotspot threatened by plans for a motorway) and Bansko. But in response, Bulgaria’s nationalist Deputy Prime Minister published a statement insulting the German MEP and threatening to expel her.

But the protesters are not backing away. In the latest Thursday rally, in front of the Ministry of Environment and Waters, protesters also demanded government stops the proposed changes to both the Forest law, which would allow for opening up the forests to cutting and construction, and the law on protection of agricultural lands, which could make development in such areas much easier than it is now. Speakers at the demonstration also called for an investigation into the over-construction of the Black Sea coast.