Despite having a slew of good reasons not to support the damaging Ombla hydropower plan in Croatia, the European Bank for Reconstruction and Development still didn’t confirm during recent meetings that it would withdraw from the project. 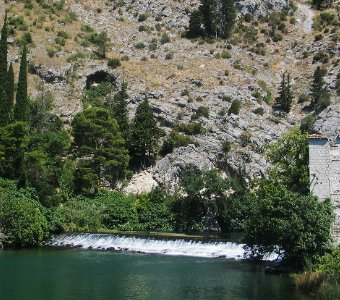 Last weekend in Istanbul, at the annual meeting of the European Bank for Reconstruction, Bankwatch colleagues met with bank staff to discuss, among others, the Ombla hydropower plant project in Croatia. Despite mounting evidence on the project’s irreversible impacts on a protected ecosystem with numerous endemic species, the bank was still unable to confirm that it would be withdrawing from the project.

The evidence against the project is indeed so strong that the EBRD’s non-committal stance led 39 civil society organizations from Croatia and beyond, including Friends of the Earth International, Bankwatch and Justice and Environment to send letters to the Croatian government and the EBRD (pdf) asking them to withdraw from the project on the basis of a new Nature Impact Assessment study.

The EBRD approved a EUR 123 million loan for the project in November 2011, before the project’s environmental impacts had been properly assessed, on the condition that an additional study on the project’s impacts on the Vilina Cave – Ombla Spring protected area was carried out. The results of this research confirm that this habitat is one of the richest in Croatia but also has global significance. In a guest blog here at Bankwatch, Jagoda Munic, President of Friends of the Earth International outlined the research’s findings in more detail, including the long-term and irreversible consequences for the ecosystem.

Yet, instead of recognising that the possible destruction of tens of endemic species should be grounds for withdrawing from the project, the study concludes that the project will go ahead, just with some mitigation measures added (more details on this are also in Jagoda’s blog post).

According to Croatian law and the EU Habitats Directive, under these circumstances, the project would be able to go ahead only if it was of overwhelming public interest and would bring enormous social and economic benefits. However, there is no convincing evidence so far that the Ombla hydropower plant would do so. (It should also be noted that the nature impact assessment study commissioned by project sponsor HEP, the Croatian state-owned electricity company, was not carried out according to the procedure stipulated in the Nature Protection Act.)

With the evidence on the project’s harmfulness now as clear as it is likely to get, the EBRD must use the opportunity and withdraw from the project – before commitments have gone as far as with the Sostanj lignite power plant in Slovenia where withdrawal may have become impossible due to contractual obligations.