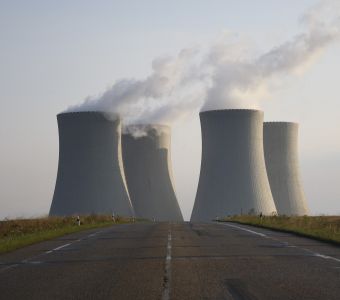 Image by mucorales (CC-0) via Pixabay

On Sunday, March 5, nuclear reactor number 3 at the Zaporizhia power plant in Ukraine, Europe’s largest nuclear power station, will reach the end of its 30 year lifespan. Kiev wants to keep this Soviet-era nuclear unit going for at least ten more years, just like six other nuclear units which have already been granted lifetime extensions. But, for the first time and following a lot of international pressure, the Ukrainian government is planning to ask its neighbours whether they are OK with this. Or at least that’s what it says.

In December, the inter-service governmental coordination group on the implementation of the Espoo Convention in Ukraine
decided to start a series of transboundary consultations as part of the environmental impact assessments (EIAs) for the South Ukraine and Zaporizhia nuclear power plants as well as for the Rivne 1 and Rivne 2 reactors.

This decision is a major development, as Bankwatch and its member groups in Ukraine, Romania, Slovakia and Hungary have long been calling on the Ukrainian government to condition the re-licensing of nuclear units on transboundary EIAs, as mandated by the Espoo Convention.

So far, the Ukrainian government has even ignored such requests from its neighbours and conducted only partial EIAs for the power plants with no consultations, thus disregarding the decision and recommendations of the Espoo Convention Implementation Committee (ECIC), issued in 2014. These violations have also led the ECIC to open new cases on five Ukrainian reactors. Now, the announced consultations should cover the three power plants power plants, where six reactors already operate beyond their original expiry date after their licences had been renewed.

In addition, neither current Ukrainian legislation on EIAs, nor draft amendments that have been circulated in past few years, consider nuclear lifetime extensions an activity that requires transboundary EIA.

As part of Ukraine’s EU Association Agreement, as well as membership in the Energy Community, Ukraine should have already aligned its EIA legislation with the relevant EU directive, but it appears that Kiev is in no rush. As a result, in January the Energy Community Secretariat announced it is opening an infringement procedure against Ukraine over the country’s failure to introduce the relevant transboundary EIA provisions.

The Ukrainian government is currently working on a new energy strategy and the publicly available draft shows a continued focus on the prolongation of nuclear units’ operations for 20 years beyond their projected lifetime. In light of its plans to continue with lifetime extensions, it is imperative that the consultations the government is planning in neighboring countries assess the feasibility of lifetime extension for each unit separately and that their conclusions are binding for the decisions on lifetime extensions. Even though for 6 of the 11 reactors licenses have already been renewed, some important safety upgrade measures in these reactors are yet to be completed, and the consultations are an opportunity for Ukraine’s neighbors to raise the issue. Not least, neighboring countries, including Austria, Romania, Slovakia, Hungary and Poland, are ought to be vigilant when invited for consultations and explicitly request that their outcomes have an impact on future lifetime extension decisions.