The World Bank has this week published the Investigation Report of its Inspection Panel for the involuntary resettlement of residents in the village of Hade near Pristina in Kosovo. The investigation, undertaken following a complaint by current and for 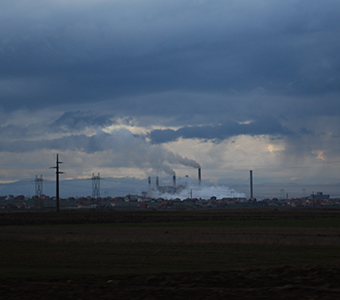 The Kosovo power plant in Obilic (Image by Jon Worth - CC BY 2.0)

The World Bank has this week published the Investigation Report of its Inspection Panel for the involuntary resettlement of residents in the village of Hade near Pristina in Kosovo. The investigation, undertaken following a complaint by current and former Hade residents and KOSID, confirms that considerable and un-repairable damage was caused to Hade residents during displacement, in order to open the way for the mines of the proposed “Kosova e Re” power plant.

The World Bank has been involved in Kosovo since 2001 and has acted as a prominent advisor to the Kosovo government. Back in 2004, UNMIK announced Hade village as an area of special economic interest due to open-cast mines. In 2004/5 many residents were displaced from their homes, some of them forcibly removed by police.

More than a decade later, many of these people are still living in temporary rented accommodation without adequate compensation for their agricultural land, and thus unable to make a living.

More than a decade later, many of these people are still living in temporary rented accommodation without adequate compensation for their agricultural land, and thus unable to make a living.

The Inspection Panel found that, while the World Bank did not make decisions on the resettlement and could not be held directly responsible, it could have provided specific advice on mitigating the impacts, but did not.

Against this background of failure to ensure adequate consultation and to ensure that people could continue to make a living, the World Bank supported Kosovo to draw up a Resettlement Policy Framework for future resettlements as part of its Lignite Power Technical Assistance Project. A version of the document was ready in 2008 but was later amended in 2011. The Inspection Panel found this process to be non-compliant with the banks’ standards, as the document did not include principles and methods for the valuation of assets of affected people living under the restrictions of the Zone in the New Mining Field.

Between 2009 and 2011, the Kosovo government expanded the area of special economic interest. According to the Inspection Panel, setting Obilic municipality as an area of special economic interest is not in accordance with international practices, as it is far wider than the actual land needed for the mine expansion. While the World Bank was not directly responsible for the decision, the panel finds that it could have used its role as a prominent advisor to propose alterations to the zone.

In 2012 another round of resettlement took place, guided by another World Bank-financed document, the Resettlement Action Plan for the Shala neighbourhood of Hade village. This time, new housing was promised but materialised only with serious delays and technical shortcomings such as frequent sewerage pipe blockages in the new dwellings.

For a long time now, a large number of residents have been left without basic living conditions, to make room for mine expansion.

The remainder of Hade remains in total isolation, and with polluted air, while residents of other villages are also in limbo, unable to sell or invest in their land or houses.

For a long time now, a large number of residents have been left without basic living conditions, to make room for mine expansion.

The Inspection Panel has found the World Bank to be in non-compliance with its policy for the Shala resettlement action plan’s ambiguity regarding institutional arrangements and the absence of a detailed resettlement schedule – oversights which it believes contributed to the significant delays experienced during this resettlement. Community members remained in temporary housing for a prolonged period which caused harm by creating uncertainty about their future and disruption in their lives.

The Panel has also found that there was a lack of attention paid to livelihood strategies for the affected households, including the most vulnerable and poorest. The Livelihood Restoration and Community Development Program anticipated in the plan was not developed in subsequent years.

Moreover, dragging out the process of relocation over so many years and separating the community, is not in accordance with World Bank’s standards and policies.

For an institution with as much experience as the World Bank, it is worrying to see that it is still making such basic mistakes. In fifteen years of involvement in Kosovo it still has not managed to bring its projects into line with its own standards.

Nevertheless, we will continue to demand that the Kosovo government and World Bank find a solution for the inhabitants of the areas affected by lignite mining. Some of the remaining Hade inhabitants are asking for immediate resettlement since their agricultural lands have already been taken and life in the village has become unbearable, but so far they have heard only empty promises.

We strongly oppose the violation of their rights, and urge the relevant institutions to take concrete steps to ensure the remaining residents of Hade the dignified living that they deserve.