Home > Blog entry > Can the European Investment Bank move ahead of the pack on climate?

The European Investment Bank is gearing up for an increased role in spurring growth in Europe as set out by the new Juncker Commission. Yet as Europe’s 2030 climate targets are being undermined by some countries the bank that wants to be a leader in climate action must keep in mind that we can no longer afford growth without sustainability. 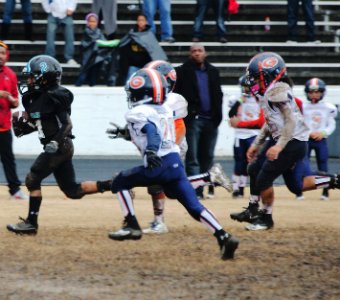 For some years now, the European Investment Bank (EIB) has invested about a quarter of its portfolio in projects with a positive impact on the climate via its Climate Action Programme. While this is a good start, there is no guarantee that the remaining three quarters of the bank’s lending does not undermine its progress on combating climate change.

Last year the EIB became one of the first multilateral financial institutions to show leadership and act on the threat of climate change. The bank adopted a policy that all but ended support to coal power plants by introducing a ceiling on emissions generated by energy projects (a so-called Emissions Performance Standard). This ensures that loans like the 440 million euros for a new, 600 megawatt lignite unit at Sostanj in Slovenia don’t happen again.

Restricting lending for carbon-intensive energy generation is a welcome development at the EIB. But what of the pipelines, refineries, highways and airports currently on the EIB’s books that are responsible for countless climate-damaging emissions and threaten the EU’s ability to meet its long-term goal of a decarbonised economy in 2050?

By separating loans benefiting the climate from the rest of the EIB’s activities, perverse effects are achieved: in spite of its Climate Action Programme, the EIB still lends three quarters of its research funds (around 10 billion euros annually) to the automobile industry. What is more, efficiency improvements at coal or gas plants are categorised as climate-friendly when in fact they prolong the lifetimes of the plants, leading to more emissions overall than are cut via efficiency measures. And the bank’s stance remains ambiguous on new forms of energy that are a threat to the climate like shale gas.

The future of the EIB

These questions are even more relevant when we have in mind the increased role envisaged by Juncker for the EIB in spurring growth in the EU. Already observers are sending warning signs that the new commission is pushing Europe away from climate and environmental concerns, precisely as the world is in the last stages for reaching a climate deal in Paris next year. There is a threat that the EIB could be pushed in the wrong direction too.

As a case in point, the EIB is set to offer priority funding for Europe’s Projects of Common Interest. Of the 248 projects on the list, 100 are for natural gas transmission, including new pipelines for imports of gas into the EU. Yet such projects only increase Europe’s reliance on fossil fuel imports, hardly contributing to resource resilience.

The EU’s goal of making its economy carbon neutral by 2050 means that climate considerations must become part and parcel of any economic activity conducted in the bloc. Against this backdrop, marginally lending to climate while still putting money in fossil fuels is not enough. The EIB, which has a mission to implement EU objectives, must develop a full-fledged Climate Policy, which would make explicit the EIB’s intent to phase out support for fossil fuels by 2016.

To make this work, the bank should come with a roadmap for a steady, annual increase of investments in new renewable energy projects and energy efficiency measures that reduce demand and support upgrades to electricity grid infrastructure in order to support the transition to a near-zero carbon future.

In addition, the EIB needs a Climate Policy that requires for any relevant project a ‘mainstreaming’ of climate change considerations. For example, in the transport sector projects proposed to the EIB for funding would be selected based on a ‘climate-friendliness’ rating applied during appraisal, weeding out the most carbon-intensive proposals and leading to an overall reduction in emissions for the bank’s transport portfolio.

At the same time, existing EIB initiatives aimed at energy savings like JESSICA or ELENA receive little attention in the Member States of central and eastern Europe, whose economies, including households and the public sector, are on the whole more carbon-intensive. Understanding better the needs in these countries and promoting readily available solutions should form part of the new Climate Policy.

The EIB is wont to argue that not enough projects come its way in the green energy sector, so the bank has to lend to dirtier business. This is, however, only a result of the fact that the bank mostly communicates with the big companies and governments it knows and trusts as business partners. These established relationships therefore tend to preclude a proactive search for those projects that are most in need of favourable financing.

A Climate Policy would necessarily target small and medium enterprises such as cooperatives, community-driven initiatives and mixed municipality or community projects, where plenty of ideas for sustainable initiatives abound but without the requisite financing.

Examples from the last 2007-2013 EU budget show that when national investment schemes into energy efficiency and small-scale renewables are launched, the money usually disappears in a heartbeat.

In many countries, community-based renewable projects are still novel and their access to commercial funding is limited. Where commercial banks lack expertise and interest, the EIB can build a strong presence to move community renewables in the Member States of central and eastern Europe from a budding niche to a fully-recognised economic opportunity for the financial sector.

Such projects demonstrate how the EIB – guided by a robust Climate Policy – can lead Europe away from a dependency on fossil fuels and contribute to the continent’s energy security and decarbonisation.