26 Slovakian environmental and social NGOs have called (pdf) on their government and EU institutions to put a stop to the reallocation of regional funds from several operational programmes to road building. 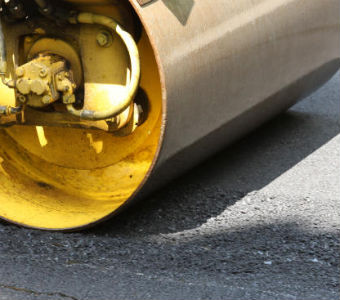 According to the groups, the reallocation is contradictory to both national legislation and EU funds decision-making rules. The European Commission is expected to rule on the acceptability of the reallocation in the upcoming days.

Authorities in Slovakia are planning to reallocate EU funds initially destined for the support of education, science, employment, regional development, the fight against social exclusion as well as rail development in favour of disputable construction of motorways [1]. Similar moves are also planned in Poland and the Czech Republic.

According to the Slovakian NGOs, the planned reallocation represents a vast intervention into the whole system of structural funds in Slovakia in the current programming period, which will affect the realisation of cohesion policy priorities. Moreover, the reallocation was decided by the Slovakian government without any discussions with socio-economic partners, a direct violation of the partnership principle, one of the pillars of the Cohesion policy (as well as of the EU itself). Furthermore, the planned reallocation in favour of highway construction contradicts the goals of the EU set in the Europe 2020 strategy, which stresses the need to support the development of environmentally friendly transport modes with low carbon intensity, such as rail.

While the reallocations in Slovakia have received the most public attention, Polish authorities are also considering shifting over 1.2 billion euros from railway projects to express roads for the 2007-2013 period. In the Czech Republic too, 380 millions euros are planned to be shifted from rail to road, though the EC is still to rule on the acceptability of such a reallocation.

[1] 180 million euros will be reallocated from science and education to road building in Slovakia.

Image: EU funded investments into education, employment, regional development, railways, and more are to be steamrolled in Slovakia in favour of roads. (Original image CC 2.0 by flickr user Nedster78 – http://bit.ly/hLclnP)