26 years ago, the days after the nuclear accident in Chernobyl had been marked by the glaring lack of information. Today, Europe’s population is similarly clueless as back then about the nuclear risk brewing in Ukraine. 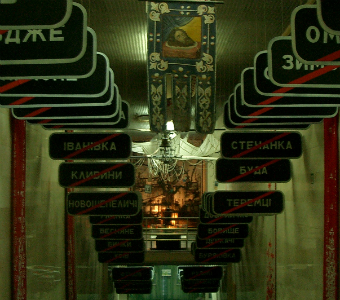 On today’s 26th anniversary of the most disastrous nuclear accident in history, Europe and the rest of the world will doubtlessly see numerous manifestations of peoples’ opposition to nuclear energy and the risks it entails.

The risks of nuclear energy are manifold: There’s the obvious danger of a meltdown that can never be ruled out and that was again tragically illustrated by the 2011 accident in Fukushima. Apart from this, though, there are also radioactive waste and the costs of the safe closure and decommissioning old power plants.

Interestingly, although energy producers and governments can to some extent prepare for the long-term risks and future costs, it is sometimes not happening, and it has not happened in my country, Ukraine.

Ukraine has not put aside sufficient money for closing down its soon to be outdated nuclear reactors. It is not even considering the closure and decommissioning of Ukraine’s Soviet-type reactors from the seventies, but plans to extend their lifetimes, stubbornly arguing that they are necessary to cover the country’s growing energy demand. Stubbornly, because this kind of argumentation ignores the potential and inhibits any serious efforts to decrease the economy’s enormous energy-intensity, which is two to three times higher than in EU countries.

Apparently, it’s for that kind of plan and not the safe closure of outdated nuclear plants, that money might just be available: Both Euratom and the European Bank for Reconstruction and Development are considering loans (of up to 500 and 300 million euros respectively) for Ukraine’s Nuclear power plant safety upgrade programme. (The decision on the Euratom loan is expected around June this year.)

As a report from March shows, however, part of the “safety upgrades” are in fact upgrades that are only necessary if the reactors run much longer than their designed lifetime. European institutions would therefore become complicit in a plan that puts Ukraine and Europe in considerable danger, namely:

There are countries in Europe that are likely to be little disturbed by this, but then there are countries like Germany, Austria and Italy, that are working to avoid the risk of nuclear. I’m wondering whether they shouldn’t be more aware of what European institutions (in which they are members and shareholders) are about to engage in the EU’s direct neighbourhood.

And there is the fact that the public in Ukraine has hardly any access to information concerning the lifetime extensions, making it impossible to properly assess and influence a decision that has affects on the entire country and the country’s neighbours.

One can find many more shady aspects connected to the nuclear power plant safety upgrade programme. It is high time these become well known at a European level before it’s too late.