Continued debates about a reduction of the future EU budget jeopardise the potential of using EU funds for energy efficiency and renewables investments to provide necessary economic stimulus and climate mitigation. 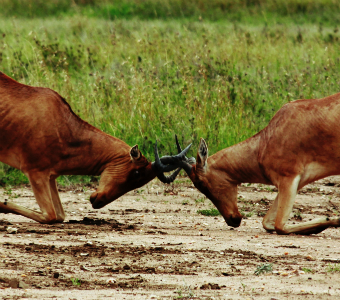 How much money is needed to create 62 300 jobs and how much to save 523 megatonnes of CO2 emissions annually?

Yesterday’s General Affairs Council meeting certainly didn’t touch upon questions of such practical nature. Instead, the wrangling over the size of the future EU budget continued, with an ongoing deadlock between those suggesting to cut the European Commission’s proposal and those trying to prevent it.

Yet, the later concrete figures can be agreed upon, the less time remains to discuss how to use that money. In this way, the negotiation deadlock is particularly counterproductive, by stalling further deliberation of ways to use the EU’s Cohesion Policy in more ambitious ways and more effectively than what we have seen in the past. If done right, this could not only help us on the way to Europe’s climate targets, but also on the path out of economic downturn.

As a recent Bankwatch study shows, the currently proposed funding for low-carbon measures would be far below what is necessary to do more than just cursory climate action.

In “No half measures. Investment needs in energy efficiency and renewables in the CEE countries” (pdf) we examined how much money is actually needed to create jobs and reach Europe’s climate targets. We looked at seven countries in central and eastern Europe (Bulgaria, Czech Republic, Hungary, Latvia, Poland, Slovakia and Slovenia), namely at the impacts of investment programmes in energy efficiency and renewable energy.

The outcomes of our analyses of scientific reviews of these programmes and of future projections show the big potential (see below) they have for climate change mitigation, social and economic benefits and job creation – especially when compared to business-as-usual development, for instance:

We suggest that the EU Budget and the regional funds can provide the necessary funding for such investments, if a sufficient amount of the future EU Budget will be set aside for real low-carbon measures. So rather than debating a reduction of the EU budget, it is necessary to increase the share of investments in energy efficiency and RES from the originally proposed 20%.

Current plans for the Structural and Cohesion Funds unfortunately look rather different: the roughly 31 billion euros proposed by the European Commission for low-carbon measures in all EU countries (in 2014-2020) would not nearly be enough, even with the increase that the European Parliament and the Council approved recently. The necessary sum for the seven CEE countries we examined is already more than five times that amount: 172.382 billion over seven years.

As the study’s title suggests, it is not half baked measures that we need, but a dedicated pursuit of low-carbon investments that would mitigate both climate change and the impacts of the economic crisis. Only with increased earmarking can the benefits of job creation, leverage effects and emission reductions be realised at a reasonable scale.

Here are two examples of what could be achieved with sufficient funding:

By investing 2.1 billion euros by 2020 in the renovation of houses in Bulgaria:

A more ambitious investment programme in Hungary would cost 23.8 billion euros by 2020 but result in

The longer the EU budget debate continues, the more it resembles a fight over money bags rather than a constructive debate on Europe’s future.

Read more about our work on the EU budget