A new unit at the Kostolac coal-fired power plant in Serbia is the first coal project to be considered by the Espoo Convention Implementation Committee for transboundary impacts. 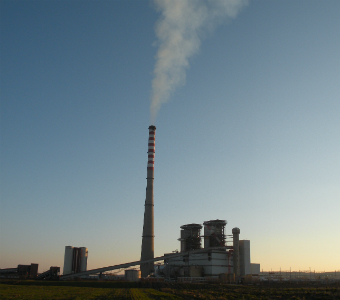 When it comes to coal, Serbia really doesn’t do things by halves.

One of the coal-fired power plants that Serbia plans to build, Kostolac B3, is the first coal power plant to be under consideration by the United Nation’s Espoo Convention Implementation Committee for potentially breaching the Convention’s transboundary environmental impact assessment obligations. According to these a country is obliged to properly inform and consult neighbouring countries about transboundary environmental risks of projects it is promoting. So far, no coal power plants have ever been subject to consideration by the Committee.

This opens an interesting precedent for the numerous coal plants being planned across the Balkans. Countries might have to fulfil yet another obligation before receiving the environmental permits for their plants.

It was a submission by Bankwatch Romania that made the Committee take action and consider looking into the potential breach by the Serbian state. A letter we received on Friday confirmed the Committee’s decision.

In our submission, we argued that Serbia has not notified Romania about the potential environmental impacts of constructing a new 350 MW unit at Kostolac in north-east Serbia on the Danube river and only about 15 kilometres from the Romanian border. Kostolac B3 is supposed to be built by China Machinery Engineering Corporation (CMEC), that seems not to be the most reliable of partners, and would be a fifth block in the complex which also hosts two open-cast coal mines, Drmno and Cirikovac.

According to the Espoo Convention, Romania, as a potentially affected party, should have been notified by Serbia, but this has not happened as the Romanian Ministry of Environment and Climate Change stated in a document sent to Bankwatch Romania in March 2014.

The Espoo Convention stipulates that thermal power stations and other combustion installations with a heat output of 300 megawatts or more are considered to have transboundary impacts and should therefore undergo an environmental impact assessment in the neighbouring countries.

Additionally, the public in Romania, as potentially affected by this future coal plant, should have been given a chance to take part in environmental impact assessment procedures. This has not happened either: information about Kostolac was only ever published in Serbian, giving the Romanian public no chance to impact any decision about the future of the project.

The decision of the Espoo Committee to consider the so-called “information communication” from Bankwatch Romania is momentous. This is the first time that the Committee is looking at issues around cross-border impacts of a coal fired power plant plant, having traditionally been more concerned with nuclear plants.

This opens an interesting precedent for the numerous coal plants being planned across the Balkans. Should the Committee eventually rule that Kostolac B3 breached this international law, countries might have to fulfil yet another obligation before receiving the environmental permits for their plants, namely to not only properly notify and consult their own citizens but those of neighbouring countries as well.

It is too early for anti-coal campaigners to celebrate since investigating a case under the Espoo Convention is a lengthy process and the decision about a breach is still months ahead. For now, the Committee decided to continue its consideration of this case at its next session (9-11 December 2014). Bankwatch Romania and the Government of Serbia were invited to provide further information about the case. Our submission to the Implementation Committee will therefore force the Serbian government to have to explain itself about why it has not notified other countries. We look forward to these explanations!

Other troubles for Kostolac

The Espoo Committee decision to look into Kostolac is just another element in a longer list of legal challenges to the project. The Serbian government’s decision to approve the Environmental Impact Assessment study for the construction of Kostolac B3 coal power plant is also challenged in the Serbian national administrative court by the Serbian Center for Ecology and Sustainable Development – CEKOR. In addition, a recent report (pdf) by the Belgrade-based Center for Research, Transparency and Accountability – CRTA shows that the Serbian government is supporting the Kostolac coal power plant and mines with loan guarantees and potentially VAT breaks.

An online campaigners’ toolkit on coal financing in southeast Europe and Turkey.

The reality is that coal plants in Europe are increasingly hard to construct, because of ever more stringent environmental regulation and ever shakier economics of coal. To push coal projects through, authorities and project promoters often have to cut legislative and due diligence corners. Yet civil society in Europe, including in the Balkans, has also more and more tools to combat these bad practices. It seems today that the Espoo Convention is another such tool. After all, pollution from coal has no borders, and whether more coal will be built in the Balkans is a concern for all of us, no matter where we live in Europe.