A debate over coal mining limits in the Czech Republic shows that mining communities in EU countries are facing similar struggles as in other parts of the world. It also illustrates how “securing energy supply” has become a catch-all argument even when the energy demand in no way justifies it. 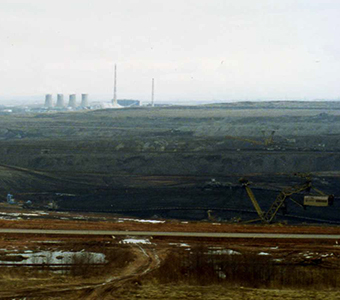 All over the world, people living near fossil fuel deposits often face pressure to make room for more extraction. Whether it is shale gas in Argentina, oil in Albania, coal in Mongolia or lignite in Serbia, local residents may lose their homes or livelihoods. If they protest, they are too easily portrayed as being in the way of progress, as opposing the national development and – even worse – the nation’s energy security.

An ongoing debate over coal mining limits in the Czech Republic shows that also in countries of the European Union local communities are facing similar struggles. It also illustrates how “securing energy supply” has become a catch-all argument even when the energy demand in no way justifies it.

Since the early 1990s limits to coal mining are protecting dwellings in the North Bohemia against demolition. A government decree from 1991 guarantees to the towns and villages that are situated on coal deposits that they will not be pulled down to make room for mining.

Yet this might change soon. In July the Czech government is to decide on a possible extension of mining. As part of its Energy and Raw Materials Strategy, the Czech Ministry of Industry and Trade opened (once again) a discussion about lifting the coal mining limits. The Ministry has prepared four scenarios of resolving the issue of mining limits – an entire lifting of the limits, their entire preservation and two options with a partial lifting of limits (of which one would have an effect on populated dwellings and one would not).

While a majority of Czechs, local inhabitants, environmental NGOs and part of the political establishment are opposing the plans, energy companies who own the mines and the miners’ trade unions are for lifting the mining limits. Their arguments are that the Czech Republic will need more coal for its energy demand (mainly heating) and that hundreds of miners would face unemployment if the limits remained.

The arguments of the plans’ proponents are as predictable as they are weak. While it is always difficult to argue against securing miners’ employment, it is worth pointing out that the villages and cities under risk by the mines employ more people than the mines themselves.

In particular the reference to energy demand, however, can hardly be taken seriously. The Czech Republic currently exports 16 million tons of coal annually in the form of electricity. And even the Czech Republic’s new draft energy strategy (pdf) confirms that the country does not need the coal behind the mining limits. According to the Strategy, coal consumption will drop by 73% until 2040, even though the Strategy does not take into account the whole energy savings potential.

Rather than just digging out more dirty coal, investments in energy efficiency would be a reliable way to moderate the energy demand. The Czech economy is among the least efficient in the EU (pdf, see page 11). The sole energy saving potential of residential houses is bigger than the amount of energy that could be extracted by lifting the coal mining limits.

In case of an abolition of the limits, the Czech Republic would extract coal until the year 2120. This is in sharp contradiction with the goal of the EU´s Low Carbon Roadmap (pdf) to reduce greenhouse gas emissions by 80 – 95% until 2050.

A 2015 UCL study published in Nature concluded that Europe must leave 89% of its coal deposits underground if the world is to limit global warming to below 2°C. The latest IPCC´s assessment report (pdf) recommended reducing global emission to zero during the second half of the century and emission from fossil fuels even sooner.

If the government lifted the coal mining limits now it would itself stand in the way of progress – a progress towards a more climate-friendly future. More and more institutions are divesting from fossil fuels, not only for moral reasons, but because investments in fossil fuels may soon become stranded assets.

To not fall behind, the Czech Republic needs a targeted and long-term plan on how to achieve a low carbon economy. Taking decisive action on energy efficiency measures would be an easy and effective first step – also for providing employment.