The Czech Republic will stop requesting the European Commission to reimburse EU funds spent in constructing new motorways and waterways that in the past may have breached public procurement rules. Rail funding will not be affected. 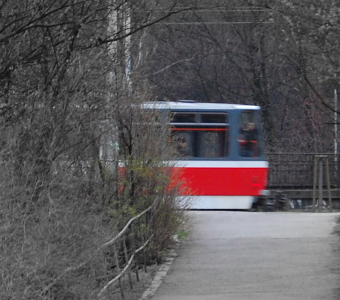 The Czech Republic will stop requesting the European Commission to reimburse EU funds spent in constructing new motorways and waterways that in the past may have breached public procurement rules. Rail funding will not be affected.

On May 3, the Czech Ministry of Transportation announced temporary suspension of requests for reimbursements to ensure that “the European Union is not asked to repay costs that may not be in accordance with Czech and European legislation.” The Ministry does not yet have a clear conclusion on whether the spending in question was definitely illegal, but the results of ministerial control and pre-audits so far suggest possible violations and suspicions in two area – public procurement and the financial volume of extra works

Bankwatch’s Czech member group Hnuti DUHA has said for years, hundreds of millions of euros have been spent on projects marred by procedural and financial irregularities, while Czech politicians brush aside public concern over ballooning spending in suggesting that future EU disbursements would cover costs to the national budget.

For example, the head of the Directorate of Waterways Miroslav Sefara became famous when he selected a contractor for the CZK 1 billion project to build a bridge over the Elbe river in Kolin after considering only one offer. The Supreme Audit Office is now looking into the case and Sefara was fired last week.

Hnuti DUHA says that irregularities in spending for motorway and waterway construction must be investigated and avoided in the future. However the group also warns that the long delay about the decision to investigate means that considerable spending from the state budget has accumulated and it is doubtful, to which extent these financial resources can be still recuperated from EC reimbursements. It is therefore likely that the budget deficit will increase and that cuts will be needed to various public sectors, with probable targets including regional mass transport like local railways and buses, or maintanence of road and railway networks.