As pressures mount on western European banks to shore up capital ratios and with 2012 economic growth forecasts for Europe falling close to zero, officials from the European Central Bank, the European Commission, and several international financial institutions (IFIs) are meeting today in Vienna with regulators from CEE countries to discuss a second round of financial support for a fragile CEE banking sector. 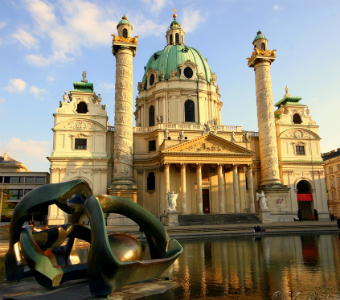 Yet while Europe’s previous coordinated initiative to avert crisis in CEE mobilised close to EUR 33 billion for the region’s hampered financial sector, questions remain about the long-term effectiveness of the “Vienna I” initiative and whether IFI lending to the financial sector is delivering the supposed value-add for the real economy expected of public institutions.

Let’s have a look at the evidence so far:

A Bankwatch analysis produced at the height of the crisis to examine EIB lending via financial intermediaries for small and medium sized enterprises – its so-called ‘global loans’ – found that by the end of 2010, only four of 30 global loans examined between 2008 and 2009 in the Czech Republic, Slovakia, Hungary and Poland had been fully allocated to SMEs, another four remained completely untouched and some were even spent outside the country for which they were signed.

Overall global loans reached only 0.001 percent of all SMEs in the countries of focus – a rather modest result compared to the scale of the current crisis. Additionally only one targeted, ‘specialised’ global loan was signed across the four CEE countries for key areas like micro enterprises, R&D or renewable energy, although many such facilities were signed in the western Europe.

It seems that apart from providing western European commercial banks with additional capital reserves, the benefits for the real economy of the CEE region in time of crisis were doubtful.

SME lending at the European Bank for Reconstruction and Development

Similarly, an EBRD Evaluation Department report noted (pdf) that the bank’s SMEs lines “must be judged as delivering less than expected,” as some of the credit lines were made available too late when commercial banks already had access to cheaper sources of funding and consequently did not disburse the loans.

Furthermore it criticised the “controversial” pricing of the loans – considered by many of the borrowers to be too expensive – and concludes that the EBRD SME credit lines did not prevent a credit crunch, particularly for small businesses.

Given the mixed results of the IFI’s past SME lending, any further support for the CEE financial sector should be aimed at specific and measurable goals and conditioned on transparent assessment and reporting of the results. IFIs must develop more targeted financial support to key sectors – including micro enterprises, R&D and renewable energy – tighten contractual obligations and compliance of financial intermediaries with bank standards, reduce the time given to intermediary banks to encourage faster disbursement of money to SMEs and publish qualitative results of lending.

If there are no immediate and significant changes to IFI lending through financial intermediaries, the emerging Vienna II initiative will likely result in the reinforcement of bank capital reserves while small businesses in the CEE region will continue to suffer from a lack of available financing.