Close to one hundred people from Sofia and the industrial northern town of Devnya took to the streets of the capital in protest against incineration and the air pollution affecting both towns, where the government pushes ahead with false solutions to the EU’s circular economy agenda. 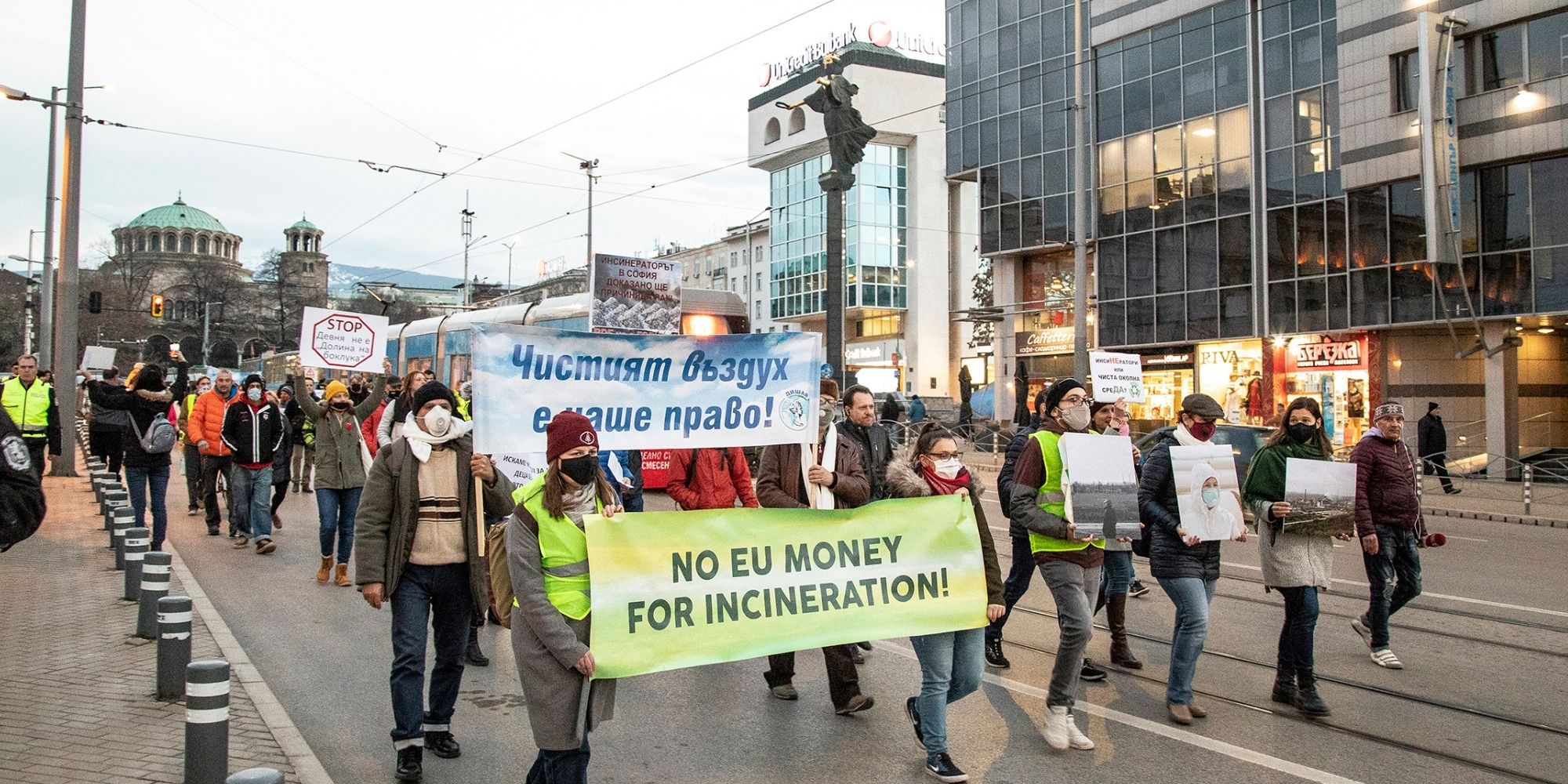 The latest action was a visible reminder to the city of the problems plaguing the beleaguered project chosen by the municipality for EU funding.

In an open letter sent to the Ministers of Environment and Waters and the Minister of Health, the organisers demanded a complete revision to the waste and air quality management plans, including a total ban on incineration, strict control over polluting facilities and a ban on waste imports for incineration.

In March 2020 the European Commission approved the EUR 77 million project, arguing that it would support “the construction and operation of a high-efficient cogeneration plant to produce heat and electricity using fuel derived from unrecyclable municipal waste to be in line with EU State aid rules”.

The project is slated to receive a whopping 30 per cent of all the funding available to Bulgaria under its environmental programme in the current EU budget.

Other public financiers also lie in wait. The European Investment Bank (EIB) also signed a EUR 67 million loan for 2018 and is considering an additional loan to co-finance the project. This in spite of the fact that the EIB does not classify waste to energy projects as ‘circular economy’.

Does not add up and crowds out funding for EU targets

If built, the project will prevent Bulgaria from reaching the Commission’s waste management targets for 2030, which sets a 65 per cent recycling rate. The project’s planned incineration capacity of 180 000 tonnes of refuse derived fuel annually is three times the amount currently produced in Sofia. This means that if there is not enough waste being produced, waste could be imported from other towns or from abroad, and sludge from the water treatment facility could also be burned, as is proposed in the project’s environmental impact assessment

Bulgaria desperately needs investments in integrated systems for separate collection, recycling and composting installations, as well as information campaigns to explain why these issues are important.

[This blog post was originally published on the 22nd of March and republish after corrections].