The energy director of the European Bank for Reconstruction and Development has made astonishing statements about coal investments prompting Bankwatch’s EBRD campaign team to react. 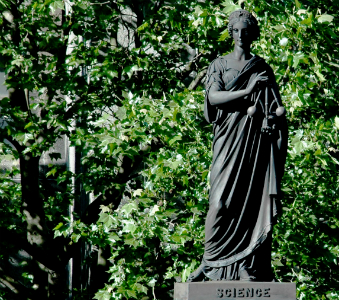 At about the same time as scientists declared an unprecedented and increasingly dangerous CO2 concentration in the earth’s atmosphere, the Energy Director of the European Bank for Reconstruction and Development, Mr. Ricardo Puliti, warned in an interview with the guardian against an “ideological” approach to financing energy projects that only takes climate change into consideration. Clearly as a reaction to a widespread call to end coal financing, Mr. Puliti specifically ruled out a “No” to coal.

The news has been received with surprise and open criticism not only by environmental organisations. [*] Colleagues here at Bankwatch were particularly astonished by Mr. Puliti’s understanding that what scientists repeatedly called for was “ideological”: to reduce carbon emissions as quickly as possible. (We were also surprised by the claim the EBRD only financed two coal-related projects between 2006 and 2012. A quick look at the database for 2006-2011 – one that includes natural resources projects and is based on Bankwatch’s own methodology – shows 16 coal-related projects worth more than EUR 600 million.) [**]

Yet, Mr. Puliti is not the only one at the bank talking about balancing [the apocalyptic threat of] climate change with other priorities such as security of supply and affordability. We have heard the same repeatedly in the corridors and meetings at the EBRD’s annual meeting in Istanbul last week, which is why it is time to make a few points in reaction:

First of all, intensified efforts to halt climate change are not urged by ideologists, but for decades by climate scientists, on the one hand, and by respected institutions like the International Energy Agency, on the other hand. Bankwatch’s demand to exclude coal projects from the EBRD’s portfolio is informed by these scientific analyses and supported by calls from several other international institutions (including other development banks) for a discontinuation of fossil-fuel subsidies and by the warnings about the economic “cost of inaction”.

Climate science suggests one meaningful target, to keep the rise in global temperature under a maximum of 2 degrees if catastrophic climate change is to be prevented. Seemingly blind to this goal, the EBRD has expressed great satisfaction and pride with ANY contribution to CO2 reductions, even if it enforces the status quo by entrenching coal in the energy mix of countries for decades to come.

A case in point is the Kolubara lignite mine which provides more than half of Serbia’s electricity. The EBRD’s investment will bring estimated emission reductions of 200 000 tonnes CO2 equivalents while the mine’s remaining lignite reserves will produce 540 million tonnes if burned. (Other examples are the Sostanj lignite power plant in Slovenia and potentially a lignite power plant in Kosovo.)

Mr. Puliti suggests affordability as one possible reason to keep coal in the mix. But affordability calculations often favour fossil fuels, because promoters

Security for whom and what?

A 2012 report by Corner House vividly discusses the pitfalls of “energy security” (and security of supply), both as policy and as rhetoric.

[T]he more that the term “energy security” is invoked, the less clear it is just what is being “secured” as a range of different interest groups use it to signify many often contradictory goals. The multiple meanings of “energy security” are an obstacle to clear thinking and good policymaking. They are also an open invitation for deception and demagoguery, making it easy for politicians and their advisers to use fear to push regressive, militaristic social and environmental programmes.

I’m certainly not accusing the EBRD of demagoguery or militarism, but our experience with the bank has often been that where security of supply is the core justification, alternatives to the damaging energy sources have not properly been assessed.

If you do not change direction, you may end up where you are heading

I have been struggling to understand why in our communication with the EBRD we seldom come to a shared understanding. In the endless policy consultations in which the banks engages us these days, if we get to agree, usually it is an agreement to disagree. In Istanbul we reached one conclusion with the bank’s staff, that perhaps our disagreements have to do with our incompatible definitions of ‘sustainability’. Why else would we consider the Sostanj lignite power plant an outrageous investment that will lock Slovenia into a high carbon future while the EBRD places it under its Sustainable Energy Initiative?

If the EBRD believes in a low-carbon transition and indeed wants to act as a responsible “active citizen” (Mr. Puliti) it should invest in projects that enable the fundamental shifts in industrial, institutional, social and political relationships that are needed in our region for an effective response to the climate threat. Anything less than that will not be fit for purpose.

[*] The EBRD’s Director of Communications stated on twitter that Mr. Puliti has been misquoted in the guardian article, referring, however, to the notion of a possible expansion of coal funding by the EBRD, not the points discussed in this blog post. By the time of publication, no correction has been made on the guardian’s website.

[**] More details, including an outline and explanation of Bankwatch’s methodology can be found in the report Tug of War: Fossil fuels versus green energy at the EBRD