Home > Blog entry > Doing more than just spotting the elephant: a new resource for campaigning on China, dams and finance

China has risen to become a major player in the dam building business these days, dominating the world market and appearing ever more frequently around these parts in central and eastern Europe (along with counterparts in other areas of the energy sector, notably coal – more about this on the blog in the coming weeks). 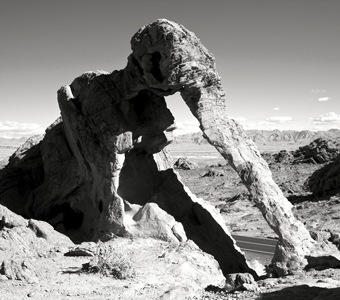 In April early this year, after Chinese Prime Minister Wen Jiabao announced a USD 10 billion credit line for infrastructure in central and eastern Europe at the China-Central Europe-Poland Economic Forum in Warsaw, China’s preeminence in the region’s hydropower market was given a major boost. Since then a number of projects with potential Chinese involvement have been announced in countries such as Bosnia and Herzegovina (Ulog), Macedonia (Vardar), Montenegro (Moraca and Komarnica) and Ukraine (Kaniv). The companies involved include Sinohydro, the world’s largest dam company, and CWE – China Water and Electricity corporation, with the China Development Bank and China ExIm Bank as the potential financiers.

With a track record of serious social and environmental impacts at numerous Chinese dams in Africa, Asia and Latin America, and the linguistic and cultural difficulties in communicating with Chinese investors, it might seem easy for a campaign organisation just to throw up one’s hands and assume that nothing can be done. But a new guide published today by International Rivers offers some tactical insights for civil society about how best to influence the projects and policies of Chinese dam builders and advocate for social and environmental interests. Using lessons learned from previous campaign experience, the report provides an overview of the relevant actors, laws and standards in the Chinese dam building sector.

In recent years, civil society groups have found ways to engage with and influence the projects and policies of Chinese dam builders and after protests by local communities and NGOs, Chinese companies and financiers had to suspend projects in Burma and Gabon, and withdrew from operations in Cambodia. Chinese government agencies have also issued guidelines for foreign investors to protect the environment and respect local communities in their host countries. Perhaps most surprisingly, Sinohydro has prepared an environmental policy that puts it at the forefront of the international hydropower industry.

The part that particularly caught my eye is that Sinohydro has committed to avoid projects in national parks, World Heritage-listed sites, habitats of threatened species and Ramsar-listed wetlands. This no-go commitment, if properly implemented, is stricter than the EBRD’s current Environmental and Social Policy, which merely requires an Environmental Impact Assessment for such projects!

All of this adds up to a highly useful and motivating guide showing that addressing the environmental and social impacts of Chinese investments is possible. “The New Great Walls”, is available for download from the International Rivers site.

For further information about the report please contact Grace Mang at International Rivers.