Bankwatch’s EIB team leader Anna Roggenbuck, on her way to consultations on the European Investment Bank’s transport policy, has crunched the numbers of the bank’s transport sector lending. The result: while exhibiting a strong faith in future technological solutions the EIB is fuelling increased carbon emissions across Europe. 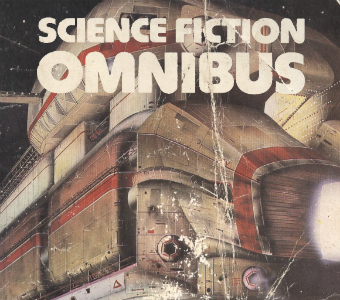 Bankwatch’s EIB team leader Anna Roggenbuck, on her way to consultations on the European Investment Bank’s transport policy, has crunched the numbers of the bank’s transport sector lending. The result: while exhibiting a strong faith in future technological solutions the EIB is fuelling increased carbon emissions across Europe.

The European Investment Bank (EIB) is currently undertaking the revision of its lending policy for the transport sector and has invited civil society and experts to a public consultation meeting in Brussels.

Our priority in Bankwatch is that the EIB’s new policy must help to quickly and effectively reduce the transport sector’s carbon footprint. With the sector contributing about 20% to greenhouse gas emissions in Europe, this is a challenge in which the EIB can and must play a leading role.

The ideal way to do this would be to adopt an integrated Avoid-Shift-Improve strategy by supporting initiatives that would reduce travel needs (avoid), promote a shift from road towards rail and public urban transport, and improve existing transport to make it more efficient.

The EIB’s current transport policy (pdf) – adopted in 2007 – shared our views on the importance of climate change. It explicitly declares an emphasis on “railways, urban transport, inland waterways and maritime projects as these are intrinsically the most promising in terms of reducing greenhouse gas emissions per transport unit.”

However, the EIB’s lending practice in the transport sector couldn’t be farther from putting this emphasis into practice. A breakdown of the EIB’s transport and related industry investments from 2006-2009 shows [1]:

After taking a closer look at the EIB’s investments in research, development and innovation (RDI) the situation looks even more alarming. During the last three years more than EUR 7 million (and over 72%) of the EIB’s Climate Action RDI budget has been invested in the car industry. In other words, car manufacturers consumed almost 18% of the EIB’s total programme for Climate Action within the European Union in 2010 and almost 25% in 2009.

This is the sad reality behind the EIB’s transport lending rhetoric. It’s not just that the EIB’s bias towards road transport makes it impossible to implement the bank’s own declarations to ‘achieve environmentally friendly and sustainable transport systems leading to substantial reduction of emissions of CO2 and other pollutants’. The scarce investments in rail and urban public transport also mean a failure to effectively improve the quality of life of the public – particularly so in central and eastern Europe, where public transport is in dire need of modernisation, upgrade and expansion.

While it is certainly true that European car manufacturers need to bring down the emissions from the cars they manufacture, it is absurd to rely on this as the main plank of decreasing emissions. Any growth in the number of cars is likely to cancel out the resulting emissions reductions. (It’s not just Bankwatch who thinks that demand management and modal shift need to be put at the centre of any sane transport policy. Also the European Environment Agency’s TERM report 2009 agrees with us.)

Bankwatch’s contribution to the transport policy consultation of the EIB will focus on these aspects. We will point out (again (pdf)) that a decarbonising shift of the EIB’s transport lending cannot only rely on assumptions of technological improvements, but must incorporate all the elements of the Avoid-Shift-Improve maxim. Only then can the bank really contribute to the fulfilment of the EU 2020 climate and energy efficiency agenda.

1. More details on the EIB’s transport lending and Bankwatch’s suggestions how to improve it can be found in our media briefing (pdf) from November 2010.