Home > Blog entry > Environmentalism and democracy on the rise in Albania

Public participation is a prerequisite to functioning democracy. Environmental justice is crucial to sustainable development. But in Albania, a small, southeastern European country only recently emerging from decades-long, self-imposed isolation, democracy is still struggling to be born, and suffers from often being confused with unchecked capitalism. 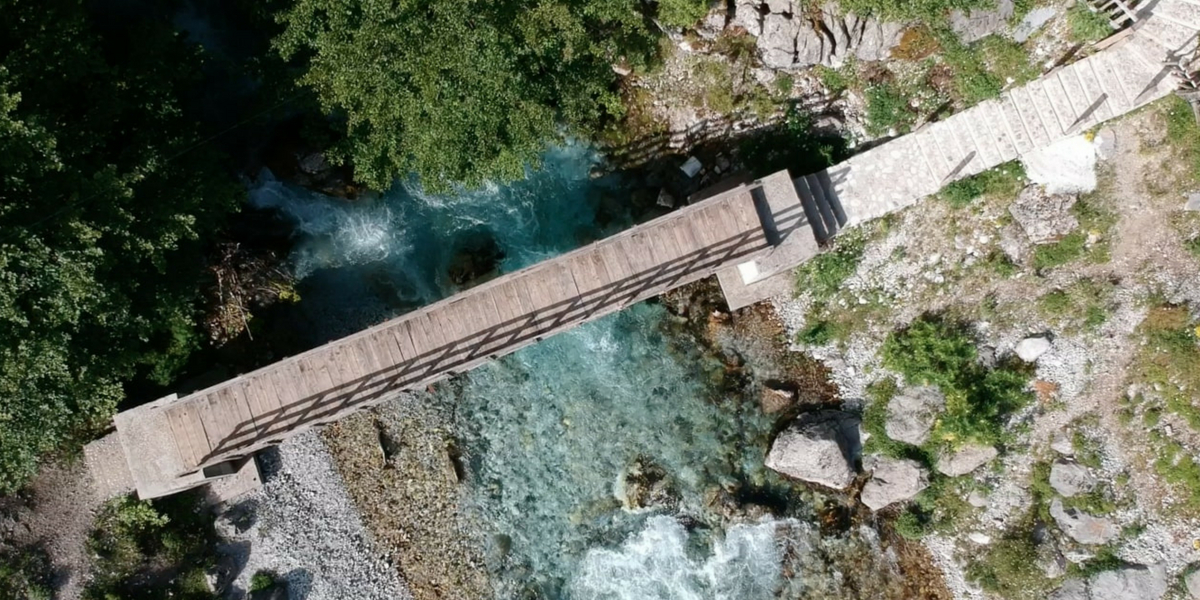 We call on the Albanian Prime Minister Edi Rama to stop the construction of hydropower plants inside the Valbona Valley National Park.

Sami Ismalaj remembers his father, Ram Alia, with the empathy of a son who now has children of his own. “My father was a simple, hardworking man. He got up early everyday and worked in in the fields to provide for his children and his family.” During a recent visit to his father’s grave in Dragobi, a village in the picturesque Valbona valley national park in Albanian Alps, Sami recalled his shock at discovering in 2016 that his father and others had given their approval in 2013 for a hydropower scheme that would have a detrimental impact on the community. An impossibility given Alia died in 2010.

The project that Alia is purported to have consented to is the Dragobia hydropower plant, which has been under construction since September 2016. The Dragobia plant is just one of hundreds of similar hydropower schemes that have saturated the energy market in Albania over the last decade – a country estimated to be already 98 to 99% dependent on hydropower. As the number of hydropower projects has grown, so too have the costs to people’s rights and the environment.

Albania was one of the first nations to sign the Aarhus agreement, the United Nations convention that grants citizens the right to access information from public bodies where environmental issues are at stake. Albanian law also requires that developers, in cooperation with local governments, carry out consultations with residents. Public participation is therefore supposed to be actively pursued as part of the development process. But in the case of the Dragobi, in order to fulfill this legal requirement, the project developer, Dragobia Energy, owned by Gener 2 – one of the largest construction and civil engineering companies in Albania – claims to have held a single meeting in 2013, during the course of which 20 people gave their support for the project. Based on the testimonies of villagers during a field visit in mid-June, the list of supporters was forged and is comprised of either dead people or employees and family members of a locally based construction firm. Over two dozen community members and a local campaigning group, The Organization to Conserve the Albanian Alps (TOKA), have filed formal charges requesting a criminal investigation of the project, and three months later, the case is still pending in the public prosecutor’s office.

Anatomy of a conflict

Public participation is a prerequisite to functioning democracy. Environmental justice is crucial to sustainable development.  But in Albania, a small, southeastern European country only recently emerging from decades-long, self-imposed isolation, democracy is still struggling to be born, and suffers from often being confused with unchecked capitalism. Dragobi and other faked public consultations are common, while the number of real public consultations can be counted on one hand.

However, a coalition of Albanian activists, civil society organisations and local citizens are seeking to change the status quo by demanding basic transparency in decision-making. Perhaps nowhere in Albania today is this seen more clearly than in the Valbona valley. 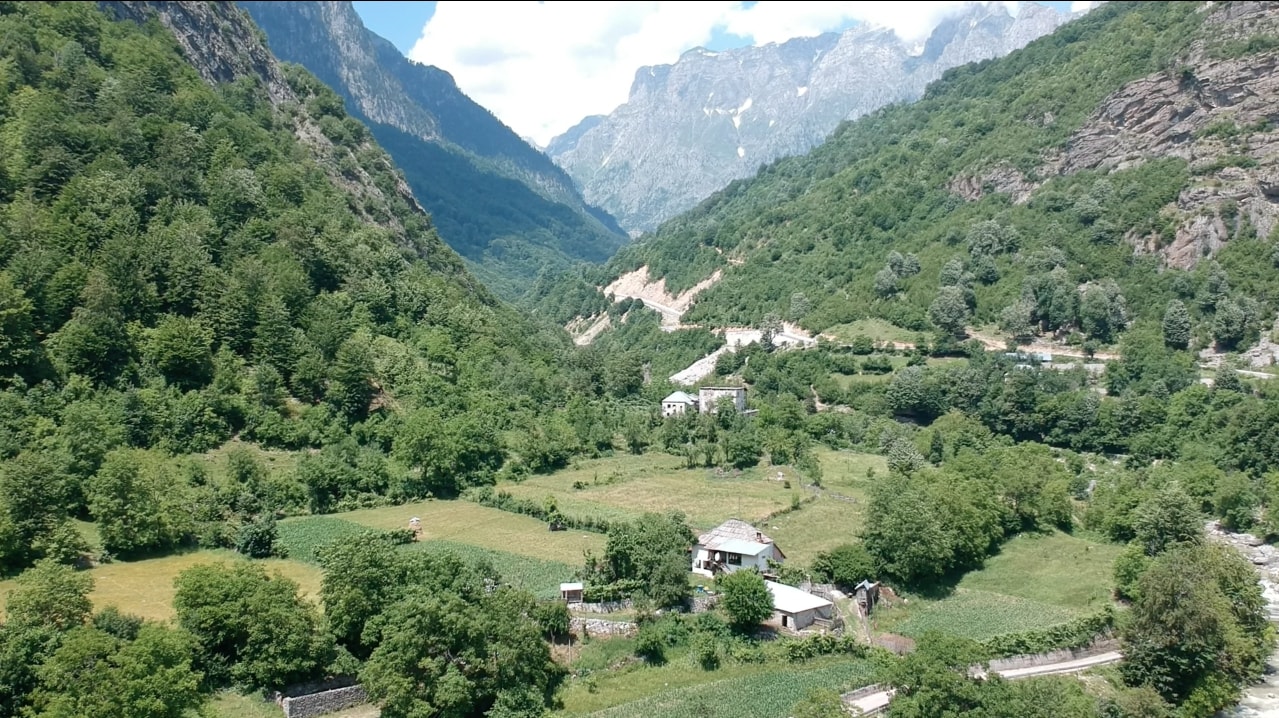 One of the most beautiful places in the Balkan peninsula, the Valbona valley and national park annually attracts a growing crowd of adventurous tourists from abroad who are rewarded by access to the relatively unknown and unblemished natural environment as well as the unwavering traditional hospitality of the locals. But in spite of its protected status as an IUCN category II national park – the second strictest level of internationally-recognised protection – Valbona valley national park remains under attack from developers seeking to turn it into a hydropower hub, pumping tonnes of concrete into building dams and diversion tunnels in order to extract energy from the wild and crystal clear Valbona river and its tributaries.

One such company is Gener 2, the Albanian firm behind the 2016 Dragobi scheme, who were also involved in building a controversial pipeline crossing the south of Albania that will transport Azeri gas across centuries-old olive groves. The Gener 2 attack on pristine nature in Valbona valley is one example of the hydropower rush in Albania, as well as more widely in the Balkans, motivated by hefty subsidies for hydropower projects, and power-purchase agreements ensuring steady profit margins for investors. Despite worrying reports about climate change impacts that will affect the availability of water, the ‘fuel’ of hydropower projects, the industry boom shows no signs of slowing.

There is hope, however, that the tide of democracy is starting to turn. On June 6, the administrative appeals court in the capital Tirana overturned a previous court verdict permitting the Dragobia project and upheld a request from TOKA and 27 villagers in Valbona for an injunction. The injunction was originally requested in January 2018, as part of a suit against the National Territorial Council of Albania over their decision in November 2017 to issue the developers a new construction permit. The plaintiffs argued that the new permit is illegal, as the Law for Protected Areas was amended in June 2017 to ban all hydropower projects in national parks. Under Albanian law, a stop work injunction should be granted in all cases where “irreversible environmental damage may occur during the period of the judicial process.” This should remain in effect until the final resolution of the suit from TOKA and the 27 locals, which could be some months or even years, depending on the appeals process. Locals are now waiting to see whether the stop order will be enforced. Once the injunction is in effect, any continued construction by Dragobia Energy or its parent Gener 2 would constitute a criminal act.

That an official body ruled in favour of locals is a welcome sign of functioning institutions in Albanian and a relief for the locals who were forced into the streets in June in protest against rockfalls on their properties that were caused by demolitions Gener 2 used to excavate water tunnels. Two of the company’s engineers were arrested by local police as a result of the explosions. The people of Dragobia recently started a campaign to remove the kryeplak, the local village head, who helped fake public consultations. Even after being denied several times by local authorities in a bureaucratic back and forth, locals remain determined to exercise their democratic rights. The local fightback in Dragobi offers hope that environmentalism and democracy are on the rise not only in the Valbona valley but in Albania as a whole.

Catherine Bohne is the president and founding member of TOKA, the Organization to Conserve the Albanian Alps. David Hoffman is the communications coordinator with Bankwatch.