Just as Bankwatch published a new infographic juxtaposing the European Investment Bank’s beneficial and harmful energy lending, Europe’s political leaders have set a priority for energy investments to phase out fossil fuel subsidies and focus on clean energy instead. 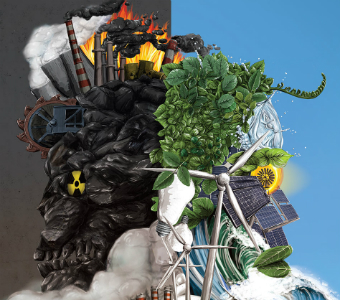 One of the agenda points of Wednesday’s meeting of the European Council concerned Europe’s energy market. The summit’s conclusions (pdf) contain a number of interesting provisions, but one of them is particularly interesting in light of Bankwatch’s ongoing campaign to end the EIB’s fossil fuel lending.

As regards action taken to facilitate investments, priority will be given to:

(c) the revision by the Commission of state aid rules to allow for targeted interventions to facilitate energy and environmental investment, ensuring a level playing-field and respecting the integrity of the single market;

(d) phasing out environmentally or economically harmful subsidies, including for fossil fuels;

To end fossil fuel subsidies is a call that has been made now by a number of institutions and experts. Such a call coming from Europe’s political leaders in the European Council, and set explicitly in the context of exiting the economic crisis is still notewothy. Difficult economic circumstances are often rather taken as an excuse to continue financing allegedly “cheap” energy sources (coal and other fossil fuels).

As Bankwatch and other organisations have been arguing, targeted investments in renewables and energy efficiency can provide economic stimulus and create jobs. This is what public banks should be focusing their energy lending on as we are trying to illustrate in our new interactive infographic on the EIB’s beneficial and harmful energy lending.

(More details and a pdf version of the infographic are on our website.)

With the European Council’s conclusion, another political heavy weight can be added to the list of institutions that are calling for an end to public financial support for fossil fuels.

The EIB and other public banks must stop subsidising dirty energy, especially coal as soon as possible or it will continue inhibiting its own efforts to help create a clean and green European energy market.