With the clock ticking on humanity’s need to cut global emissions, the European Commission’s proposal to label fossil gas and nuclear power ‘sustainable investments’ will undermine the effort to expand renewables and step up energy efficiency. As EU governments and the European Parliament currently examining the so-called EU Taxonomy, policymakers in Hungary, Bulgaria, Poland, Romania and Czechia have already welcomed the text. 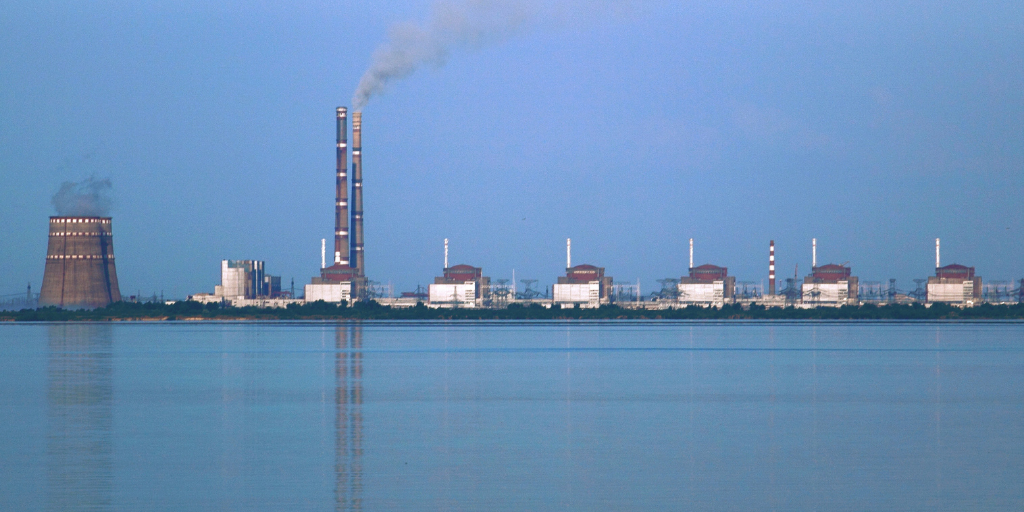 Last year, the EU approved its first set of rules defining sustainable investments – part of what is commonly known as the EU taxonomy – meant to support the EU’s effort to become carbon neutral by 2050. Even this set of rules was controversial due to its weak rules in areas like bioenergy and forestry.

But worse was to come, as the European Commission, under pressure from EU Member States, sidelined the findings of its own expert group and in early February released its proposal for a second set of criteria – this time on fossil gas and nuclear power.

Instead of accelerating the demise of these damaging energy sources, the Commission has instead undermined the credibility of its own taxonomy by proposing to allow them to be labeled as ‘transitional’ sources and therefore implicitly accepting them as sustainable.

EU governments and the European Parliament have until early June to study the proposal before deciding whether to adopt or reject it. But decision makers in central and eastern Europe have already applauded the Commission’s proposal to greenwash gas and nuclear, effectively confirming concerns that this policy could open the door to energy projects that would hamper the energy transition already underway in these countries.

“It is a big victory for the V4 countries,” said Attila Steiner, Hungary’s State Secretary for Circular Economy Development, Energy and Climate Policy at the Ministry of Innovation and Technology. In an interview with Magyar Nemzet he argued that nuclear energy is not only “key for Hungary” but essential for the entire EU’s climate neutrality quest.

The Hungarian government remains keen to build the Paks 2 nuclear power plant, although there are currently delays with permitting, planning and financing – supposedly from Russia – for the project.

In Hungary and beyond, nuclear power has been subject to a strong PR push in the last few years but still suffers from several fundamental issues, including the facts that no country has truly solved the issue of long-term nuclear waste disposal, that uranium has to be imported and that uranium mining is a highly dangerous business. Nuclear safety issues remain hotly debated, and even if these can be resolved, this still leaves nuclear’s enormously high costs and very long project development time. The IPCC has made it clear that we have now only around a decade to halt dangerous climate change, and any nuclear plant whose planning begins now will be built too late to make a difference.

At the same time, Hungary has long enjoyed cheap Russian gas that’s imported and stored in the country, then distributed throughout Europe, and there are plans for a new cross-border gas interconnector. “The EU’s recognition of the contribution of natural gas to sustainability is also a priority for our region: it is a fast solution that is much cleaner than coal,” Steiner said about the Taxonomy proposal.

This echoes a claim frequently made in favour of gas – that it is at least ‘better than coal’. At the point of combustion, this may be true, but the fact remains that methane leaks during extraction and transportation can render gas even more climate-damaging than coal under certain circumstances. And all the evidence points towards methane emissions having been drastically underestimated until now, making it imperative to stop building new gas infrastructure.

Like Hungary, the Bulgarian parliament has supported the inclusion of fossil gas and nuclear power in the EU’s sustainable investment taxonomy. With multiple large scale, expensive gas projects relying on EU financing as well as plans to expand the country’s nuclear power capacities, the parliament is more than happy to see these energy sources classified as ‘green’.

Even as deals with alternative gas supplies are falling through as a result of alleged contract breaches, the Prime Minister, Deputy Prime Minister and Energy Minister are keen to see Bulgaria’s gas projects receive so-called green financing to lessen the country’s reliance on Russian gas imports.

On nuclear power, the government is divided on whether to enlarge the Kozloduy power plant or to build additional plants, but there is overarching support for increasing the share of nuclear in Bulgaria’s energy mix. An EU Taxonomy that allows for the expansion of nuclear power with public money essentially keeps both options on the table.

The inclusion of fossil gas and nuclear power in the Commission’s proposal also appears to meet the expectations of the Polish government which plans to boost the development of these energy sources in the coming years.

But Polish energy companies have their own reservations. For one, the requirement that new gas-fired power plants do not exceed the capacity of the coal plants they are meant to replace is considered a significant challenge.

Wojciech Dąbrowski, head of state-owned energy giant PGE also opined, that the requirement for a coal exit date in the national energy and climate plan for energy installations to be considered sustainable is a serious problem. He argued that a decision on Poland’s coal exit date is “beyond the scope of corporate decisions that can be made by boards of [energy] companies”.

In Czechia, the Commission’s Taxonomy proposal has been much better received by both the government and the industry than the text’s earlier draft, if only because the final version included some of the amendments the Czech government had earlier asked for.

Environment minister Anna Hubáčková stated that she is “glad that the European Commission had listened to our requests in large part. What is important and positive at the moment is that both nuclear energy and natural gas are considered by the taxonomy to be sustainable activities and investments necessary for a sustainable energy system.”

The Czech Heating Association welcomed the cancellation of the proposed timeline for blending of decarbonised gases but remained unsatisfied with the requirement to replace fossil gas in new power and heating plants with hydrogen or biomehane by the end of 2035. The Association wrote this requirement is “too ambitious given the expected lack of technological readiness and sufficient availability of low-emission and renewable gases in this time horizon.”

The inclusion of fossil gas in the EU taxonomy is likely to spur the wrong kind of investments. In Romania, this could breathe new life into gas drilling in the Black Sea and catalyse the construction of multiple new gas-fired power plants in the coming years, including a 475MW plant at Turceni and a 850MW plant at Ișalnița that Romanian energy company Oltenia Energy Complex has been planning. Just these two projects are expected to cost over EUR 800 million.

“Romania needs to use natural gas as a transition fuel, in order to ensure our energy security, energy minister Virgil Popescu said on the day the Commission released the Taxonomy proposal. He also argued that “decarbonation without nuclear is not possible.”

Later in February Romanian Prime Minister Nicolae Ciucă also claimed nuclear energy has a role to play in the country’s energy transition. Specifically, he expressed support for the operationalization of two nuclear energy units in the Cernavoda power plant and the refurbishment of another, as well as for the acceleration of building small modular nuclear reactors, following a contract Romania had signed with U.S. firm NuScale.

In reality, however, Romania’s energy transition has already been stagnant for at least five years, and prioritising fossil gas over renewable energy would necessarily impede the decarbonisation process.

In the end, no-one except the gas and nuclear industries win from including these sources in the taxonomy. CEE decision-makers might favour them for now but any further investments in these sectors will come at a prohibitively high price, in financial, environmental, path dependency and geopolitical terms.

It is now up to the EU’s more progressive Member States and the European Parliament to reject the Commission’s counterproductive proposal and ensure the taxonomy’s credibility is not eroded even further.