The European Bank for Reconstruction and Development considers supporting one of the most criticised and controversial corporations on the planet, Monsanto. Reasons for deciding against it are plenty. 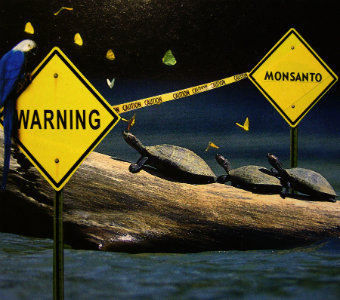 Amidst the media frenzy around the US Presidential election last week, the news that Californians would at the same time be voting whether to introduce labelling of genetically modified food in their state – so-called Proposition 37 – hardly reached this side of the Atlantic. In the event, even though polls show no less than 91 percent of American voters (pdf) back labelling of GMO food, Proposition 37 narrowly failed to gain a sufficient number of votes to pass into law.

Why? Possibly something to do with the initiative’s opponents having five times as much money to spend on their campaign as its supporters… And top of the list of ‘No’ donors was none other than Monsanto, which managed to find no less than USD 8.1 million to help prevent Californians from having the right to choose what they eat. 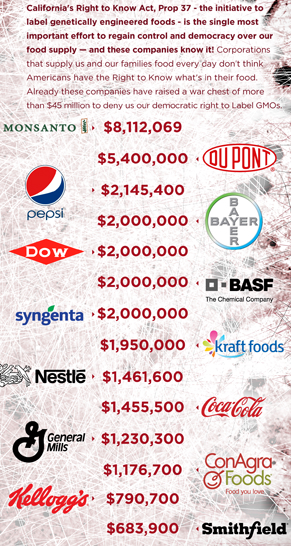 This particularly caught my attention because the very same company, which is incidentally the world’s largest seed company, the fourth largest agrochemical company and a Fortune 500 company, is at this very moment waiting to see whether it will receive USD 40 million worth of support from the European Bank for Reconstruction and Development . Quite why a company that can afford to throw USD 8.1 million at depriving people of the right to choose what they eat deserves backing with public development money is unfathomable to me.

The proposed support involves unfunded risk participation (ie. a kind of guarantee, rather than the usual loans or share investments made by the EBRD) for cases where farming companies cannot pay for seeds and agrochemicals that they have signed contracts for with the company. The target audience for the investments are medium-large farmers and a small selection of key distributors in Bulgaria, Hungary, Russia, Serbia, Turkey, and Ukraine.

According to the EBRD, there will be no GMOs involved, but I wouldn’t bet on it. In July-August 2011 Hungary had to destroy 8500-9000 hectares of corn due to GMO contamination from seeds originating from Monsanto and earlier this year Greenpeace Switzerland found Monsanto’s GT73 (also called RT73) GM oilseed rape (Canola) – which is illegal in Switzerland – growing wild in Basel’s port area.

In any case, Monsanto’s record of corporate social irresponsibility is breathtaking, and that alone would be reason enough to disqualify it from backing by public development institutions. In the last two years alone, in addition to the California vote and Hungarian seed contamination mentioned above, the company has been involved in a series of controversies, including:

The EBRD has already offended at least 109 organizations this year with its promotion of mass-scale industrial agriculture and derisive attitude towards small farmers. So rather than digging itself into a deeper hole by supporting Monsanto, it’s time for the EBRD to take a long hard think about whether it exists to help the 99 percent or the one percent.