The case of the Tsumeb smelter in Namibia demonstrates how European pollution is exported to the Global South with indirect help of public development money. 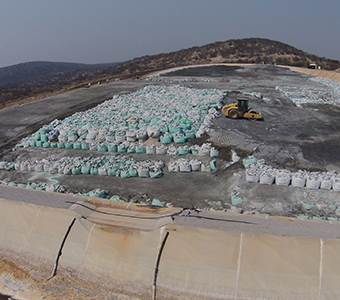 While people associate Namibia with African wildlife, the gateway to its largest sanctuary, the Etosha national park in the northwest of the country has little to keep tourists there. The polluted air in the town of Tsumeb, home to exhausted open pit mines and a copper smelter, is something the 16 000 or so inhabitants have to live with and foreigners try to escape from.

Yet, it is not only the heavy air that has been of concern. The waste disposal site is piling up with arsenic that was left from the smelting of European ore and has caused fears of contaminated soil and water. It also raises questions about the intricate scheme of how European pollution is exported to the Global South with indirect help of public development money.

The Tsumeb smelter is an old trouble maker, created to process some of the dirtiest copper ore in the world. For years the air around the smelter is filled with fugitive emissions – from arsenic dust to sulphuric dioxide.

An old sign from a previous mining company in Tsumeb

Local people claim that some of their garden plants and crops are ailing from this pollution. And not only plants are affected. A health report tested the urine of a few hundred locals. The arsenic concentration in the urine samples was high – even for people living 60 km away from the smelter.

Making a virtue out of necessity

The Tsumeb smelter belongs to Dundee Precious Metals, a Canadian company that operates and develops gold, copper and silver mines in Bulgaria, Armenia and Serbia. The European Bank for Reconstruction and Development (EBRD) provided the company with a EUR 20 million loan in 2005 and a USD 45 million revolving credit later in 2012 in order to increase the ore recovery at the DPM-owned Chelopech mine in Bulgaria among other things. With its higher yield, the Chelopech mine has for years kept the Tsumeb smelter economically going – half of the copper concentrate smelted in Tsumeb comes from Chelopech.

The Tsumeb smelter has a reputation of being among the few in the world capable of processing ore that is abundant in arsenic, a toxic compound dangerous to human health if not managed properly. It was a practical choice for Dundee to ship ore from Chelopech to Africa where environmental standards are more lax and refurbishment costs are lower. Back in 1988, the Bulgarian government had banned local facilities from processing the Chelopech ore because they were not able to handle the high arsenic concentrations without environmental consequences. (The alternative of cyanide leaching was rejected by Bulgarian society.)

Dundee acquired the Tsumeb smelter in 2010 with a special clause that exempts the company from any liabilities related to the environmental damage caused by the past owners. Adding to the dark legacy, the smelter has treated concentrates that contain twice as much arsenic as the ones processed in the past and the capacity of the smelter has more than doubled after technological upgrades, including the construction of new oxygen and acid plants. 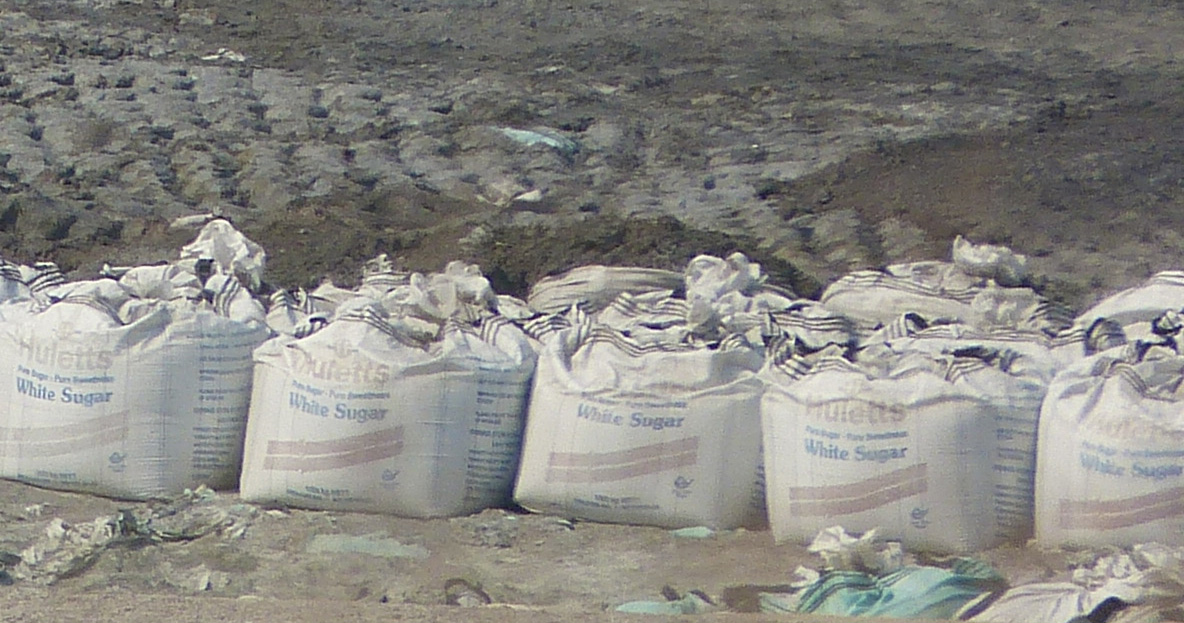 Piling up the arsenic pollution

In Tsumeb the concentrate gets smelted under high temperatures to separate the copper from sulphide, arsenic and other compounds it contains, leaving just the metal behind. As a by-product of extracting arsenic from the ore, arsenic trioxide is produced and later sold by Dundee Precious Metals for the manufacturing of wood preservatives and herbicides. Since Europe and the USA have stopped using arsenic trioxide in the production of agriculture and wood treatment, Dundee sells arsenic to the smaller markets in South Africa and Malaysia and stores the excess at a hazardous waste site at the town’s outskirts.

The smelter is an important employer in the town and its vicinities, providing full time positions to 448 people and indirect jobs to as many as 1,466 subcontracted workers. Dundee also maintains a community fund.

Concerned about the payroll loss, locals think twice about whether to submit grievances. Despite the risks, locals dared to speak out and convinced the Namibian government to conduct an audit probing health and environmental impacts of the smelter. Finalised in January 2012, the audit concluded that the smelter was affecting negatively the environment and the health of the employees and the community. As a result, the government issued an order that the smelter needs to reduce its capacity feed by half and adopt technological improvements.

Pleased by the smelter upgrades, the government lifted the curtailment on the quantities of concentrate to be treated in Tsumeb in December 2013. Dunde Precious Metals claimed to have invested over USD 110 million into emissions improvements that have reduced both inhalable arsenic levels and arsenic contamination of the workers.

Yet, a site visit by Bankwatch staff in August 20015 revealed that the upgrades have likely not touched the hazardous disposal site. As visible from the photographs (below), the highly toxic arsenic trioxide is stored in sugar bags at a dump-site situated just a few hundred meters away from the Tsumeb houses. Although, lined on a non-permeable liner, the bags are unprotected from the wind and sun from the top. The site has been filled at accelerated rates and seems to be at the brink of its capacity, storing what looks like tens of thousands of tons of arsenic dust and other production waste piled in several layers already. 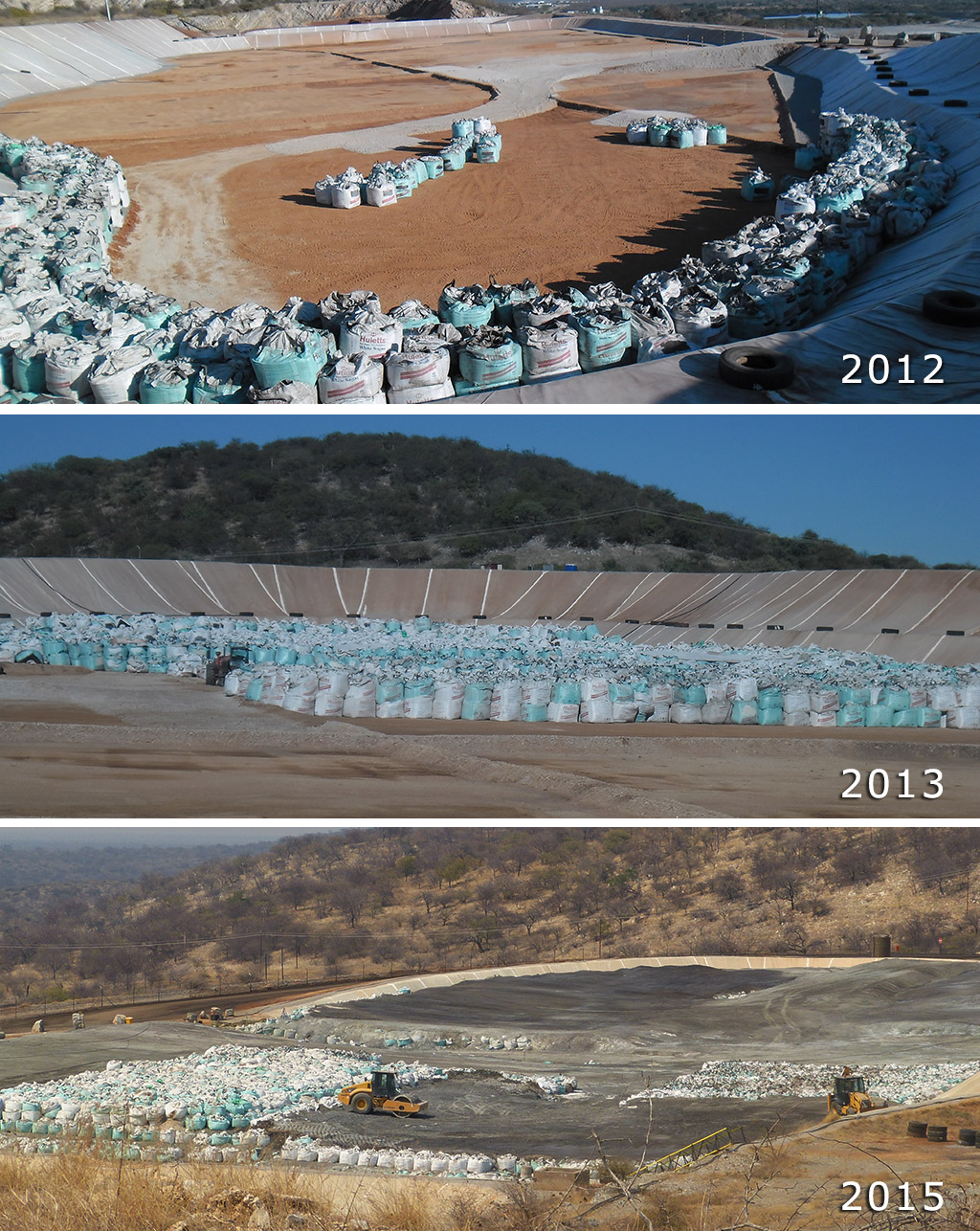 The Tsumeb waste dump where the highly toxic arsenic trioxide is being stored in sugar bags. Photos from three different years show how the site has filled up over time and is about to reach its limit.

Bankwatch staff has for months attempted to retrieve environmental documentation, including the Environmental and Social Impact Assessment to understand how Dundee manages toxic waste and prevents arsenic contamination among its workforce and the local population. Their repeated requests for a meeting with the smelter management have been turned down just like the requests for disclosure of documents to the company and the Ministry of Environment.

Tsumeb is a blatant example of a Western company exporting toxic pollution from Europe to a less restrictive developing country. The fact that European development finance is involved makes the EBRD shareholder governments complacent in the environmental wrongdoing associated with the mining industry. This should be sufficient reason for the bank to withdraw from financing ore extraction projects.