In an unprecedented effort to defend its support for Ukraine’s nuclear programme the EBRD publicly replies to some of our objections. Several colleagues sent us their (sometimes outraged) rebuttals, which we include here in our rejoinder to the bank’s arguments. 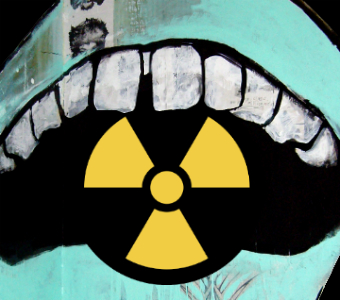 Earlier this month, the European Bank for Reconstruction and Development approved a 300 million euros loan for the highly contended so-called “Nuclear Safety Upgrade Programme” in Ukraine.

The EBRD finances safety measures at a reactor whose lifespan is over, full stop. The unit has stopped working and Energoatom plans to resume its operations after the upgrades are completed. And still the EBRD maintains that its project has nothing to do with lifetime extensions.

Having faced strong opposition against the project, the EBRD went to unusually great lengths to publicly justify the loan decision. Besides a promotional video and a guest post on the FT’s beyondbrics blog, the EBRD’s specifically prepared a Q&A on their website on “What the opponents say – and how the Bank responds”.

Yet as my rejoinders below will show, the EBRD’s responses fail to dispel the concerns that opponents raised repeatedly. And to illustrate the great deal of disappointment that fellow environmentalists have expressed I will include some of the comments I received from them. (EBRD responses are small and in italic, quotes from colleagues are indented.)

1. The programme is basically a lifetime extension of nuclear reactors which instead should be shut down.

EBRD response: Nuclear safety is a consideration of the utmost priority at any time regardless of whether a unit has just been connected to the grid or has been producing electricity for decades. The upgrade programme includes measures to address well-known generic safety issues with reactors of this design irrespective of their age. […]

The EBRD has been informed of this issue [the lifetime extensions], did not want to address it and avoids addressing it by diverting attention in their answer here.

With this loan, the EBRD is net increasing the risk to the population of Ukraine and Europe, because the chance of a nuclear incident or accident increases with age exponentially. Whereas the upgrade may (or may not, depending on the risk assessment) decrease the risk in the few years of the expected technical lifetime, it does not do so over the entire extended lifetime during which the risk will increase in absolute terms.

2. Unit 1 at South Ukraine NPP initially did not get a licence beyond 2012. Does the EBRD have confidence in the independence of Ukraine’s nuclear regulator?

Energoatom has made a case to the nuclear regulator (SNRIU) for a longer operation period of SU1 arguing that the design life of the plant had not yet elapsed. Energoatom provided documentation, including information by the design institute, to substantiate the claim. After review SNRIU granted the extension of the licence until the end of the current fuel campaign. Due process was followed and we have no indication that any pressure was put on the regulator to influence its decision.
SU1 will go into a long outage at the end of its current licence, Energoatom will perform (safety and other) upgrades and seek a new licence. We have confidence that such a request will be duly reviewed by SNRIU and Energoatom will get a new licence if it can demonstrate that SU1 meets all the requirements. This process, however, has nothing to do with our project.

Unit 1 at the South Ukraine plant has been taken off grid already, because its lifetime has expired. The EBRD explicitly admits here that the decision on a new licence (and thus a lifetime extension) will be made after safety and other upgrades have been implemented.

These are exactly the upgrades of the Nuclear Safety Upgrade Programme that the EBRD now supports. In other words, the EBRD finances safety measures at a reactor whose lifespan is over, full stop. The unit has stopped working and Energoatom plans to resume its operations after the upgrades are completed.

And still the EBRD maintains that its project has nothing to do with lifetime extensions.

3. The Bank did not use its leverage sufficiently to bring Ukraine to a commitment to a fixed date for the phasing out of nuclear power production

The Bank has no policy basis for forcing the closure of any source of energy. The EBRD’s energy policy is mainly geared towards bringing about greater energy efficiency. However, the Bank has been given a clear mandate by its shareholders that: “it may provide financing to an operating facility in relation to nuclear safety improvements” (EBRD Energy Operations Policy).
Ukraine is currently reviewing its own energy strategy but has made it clear that it will continue to use nuclear power generation. Consequently, addressing the safety issues and raising of standards is the EBRD’s primary concern and its due role.

Support for nuclear safety, if it does result in the closure of unsafe facilities, is the kind of tough medicine Ukraine needs, but that is not what the latest EBRD loan is going to bring about.

The excuse being offered by the bank – that Ukraine has made a sovereign decision to extend nuclear lifetimes in which the EBRD has not been involved and which it cannot influence – is highly disingenuous. The implementation of this sovereign decision depends on external, European support. The EBRD is providing this support and is thus playing the role of an accessory to a dangerous, unsustainable policy agenda – moreover, one that has not been consulted with a transparent and democratic due process, and where the alternative of shutting down the outdated nuclear reactors has not been assessed.

The Ukrainian nuclear horse has bolted once again (destination unknown), and while the bank’s arguments are akin to saying it is now trying to close the stable doors, on this occasion the EBRD’s offer of ‘safety financing’ has clearly helped to prise those stable doors open in the first place. The attempt to paint this intervention as responsible financing is naive, not to say totally illogical.

4. The EBRD should rather invest in renewables and lessen Ukraine’s dependency on imports of gas and oil and nuclear power.

The Bank is taking a very active role in the promotion of “green” energy in Ukraine and in many cases serves as a forerunner. In 2012 alone the Bank invested over €200 million in energy projects based on renewables sources such as wind or water. At the same time, the Bank is a leading force in the drive to improve the country’s energy efficiency. Ukraine still has an energy intensity which is three times higher than the European average. The EBRD therefore strongly supports the present review of the country’s energy strategy and the commitment to reach an 11 per cent renewable energy target by 2020.

It is not at all clear if Ukraine’s commitment under the European Energy Community to reach the 11 per cent renewables target by 2020 is reflected in the latest draft of the Energy Strategy. The Ministerial Council claims (pdf) that the renewable share in gross energy consumption already now lies at 5.5 percent – a number that includes a mysterious ‘other sources’ category which are not necessarily renewable energy sources. And even the State Agency on Energy Efficiency and Energy Saving admits that the new Energy Strategy contradicts Ukraine’s commitments under the Energy Community.

While the EBRD claims to see Ukraine’s “strong effort to increase energy efficiency”, the new draft Energy Strategy is not at all that convincing: it aims at decreasing GDP energy intensity by 60% by 2030 which would take Ukraine only as far as Poland in 2006 and is hardly an ambitious target. The EBRD loan for the NPP safety upgrade programme will again allow the Ukrainian government to continue their “business as usual”. And we will wait another 10-20 years for a strong stimulus to seriously address the country’s high energy intensity.