Almost one in four euros lent by the European Bank for Reconstruction and Development in 2015 went to authoriatrian countries. The bank has clearly decided to ignore its own mandate, or else it would have to considerably shrink its business. 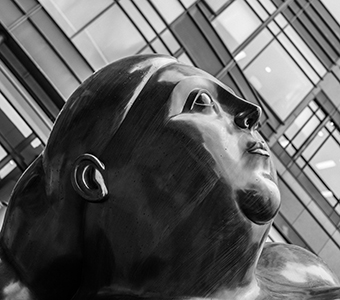 Twenty six years after the fall of communism, it seems democracy is under attack in a growing number of countries in the former Soviet bloc. Many of them are still struggling with economic reforms, and it is clear that both free markets and sustainable development hinge on the full application of democratic principles.

This was clear already to the founders of the European Bank for Reconstruction and Development (EBRD) when they penned down the bank’s mandate in the spirit of 1990.

Article 1 of the EBRD’s statutes defines the bank’s mandate as promoting market economies in countries committed to multiparty democracy and pluralism, and Article 2 entrusts the bank “to promote in the full range of its activities environmentally sound and sustainable development”.

As last Thursday, September 15, marked the International Day for Democracy under the theme of “Democracy and the 2030 Agenda for Sustainable Development,” it is increasingly evident that the bank has strayed away from this mandate.

Lending volumes and democracy scores for EBRD countries of operation.

Belarus is a case in point. The EBRD’s strategy for Belarus, approved last week, departs from previous ones in its assessment of the political context in the country. Among others, it cites ‘positive steps’ that supposedly provide an opportunity for enhanced engagement with the Belarusian authorities. The document mostly refers to the increased international openness in Belarus to discuss with its international partners the state of affairs regarding democracy and human rights, the release of political prisoners in August 2015, the restrictive yet lenient approach to the application of the legal framework for human rights, as well as the presidential election, which, according to the EBRD’s assessment, “while not meeting international democratic standards, was held in an environment free from violence”.

Indeed the democracy and human rights situation in the EBRD’s regions of operations has deteriorated so badly in the last couple of years that the bank capitalises on even the smallest improvements to support its engagement with countries like Belarus, widely dubbed “Europe’s last dictatorship.”

The bank has clearly decided to ignore its own mandate, or else it would have to considerably shrink its business.

Map: EBRD lending and countries’ scores in the Freedom House ‘Freedom in the World 2015’ report. In the last 25 years, the EBRD sent almost twice as much money to countries that were labelled authoritarian and partly free than to countries that were labelled free. Hover over a country to see how much money it received from the EBRD in 2015 and between 1991 and 2015, and to see its Freedom House score. The lower the number, the more authoritarian the country, the darker its colour on the map. (Country freedom rating: Freedom House; DLending data: EBRD; Map by New Internationalist)

For example, after the bank stopped approving projects in Russia following the annexation of Crimea, Turkey became the largest recipient of EBRD financing.

The Economist Intelligence Unit’s 2015 Democracy Index ranked Turkey at the 97th place. The severe crack-down on media and academia following the recent attempted coup further degrades the democratic credentials of Recep Erdogan’s government and should warrant a serious soul-searching at the EBRD about this level of engagement with the regime.

Furthermore, Libya, which fell no less than 34 places in this index and now ranks 153rd, has recently become a shareholder of the bank, and so did China, a country not really known for multiparty democracy.

The EBRD’s approach towards Article 1 of its statute has been very inconsistent. While the bank restricts investments in Turkmenistan and Uzbekistan, other authoritarian countries are not subject to the same treatment. Its approval of Egypt as a full country of operations in October 2015 does not exhibit a great deal of concern for compliance with Article 1 and raises concerns about the messages that the bank is sending to oppressive governments.

As a result, the EBRD’s failure to impose conditions for tangible improvements in the area of democracy and human rights casts doubt that it can ensure meaningful public participation in investment projects which may have adverse social impacts.

In fact, public participation in decision-making remains pitifully low even in many of the more advanced transition countries, and too often expansion of the private sector is prioritised over the rights of communities to protect their livelihoods.

Complaints to the EBRD’s accountability mechanism on energy projects in Serbia (coal), Georgia (hydropower) and Jordan (gas) are testimonies to the bank’s inability to enforce its own policies. At the same time, Bankwatch’s experience suggests that the lack of complaints from countries with an even worse track record on human rights could be the result of complainants’ concern for their safety being an insurmountable barrier to justice and practice of their fundamental rights.

There is a range of concrete measures that the EBRD needs to take. Human rights benchmarks in country strategies, specific commitments to improve human rights assessments, transparency and public participation in decision-making on the project level, and ensuring the safety of complainants are just some of such steps.

The bank has traditionally sought to improve the investment climate, and recently it has started attaching greater importance to its policy dialogue initiatives. These should hopefully enable transparency and participation, as well as access to justice for communities affected by the projects the bank finances.

The Economist Intelligence Unit warns that democracy risks rollback in much of the EBRD region and beyond: “Eastern Europe’s score in the Democracy Index deteriorated in 2015, and, since we created the index in 2006, the region’s trajectory overall has been one of regression.”

Perhaps most striking is that no less than nine of the EBRD’s countries of operation are labelled by this index as authoritarian. And the bank’s financial support for these countries is simply astonishing: last year alone, the EBRD has granted these nine repressive regimes 2.26 billion euros – nearly a quarter of its total investment volume in 2015.

Turkey, not included in this group of countries in the index’s 2015 edition, received from the EBRD nearly EUR 2 billion last year.

If a quarter of the EBRD’s annual investments goes to countries who show little to no commitment to democracy and pluralism, the bank should seriously reconsider the operational approach to implementing its political mandate. Continuing with business as usual, investing in projects in countries ruled by dictators does not help these societies.

#democracy is an afterthought for @EBRD with 1/4th of lending going to authoritarian countries https://t.co/SmLYcdpVbr #development pic.twitter.com/qAHGTK9md2