Discussions in the European Parliament on the next Cohesion Policy have seemingly been taken hostage by fossil fuel friendly interests – once again with Poland taking the lead. 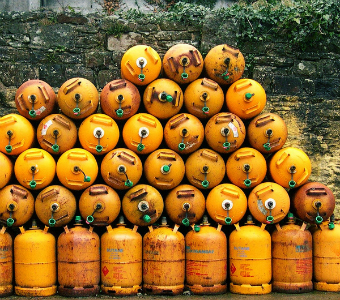 For almost two years now, I and my colleagues at Bankwatch have been working on turning the next budget of the European Union into an instrument for addressing some of the key challenges we are facing in Europe today: creating jobs that last, switching to consuming less and cleaner energy, a more restrained use of finite natural resources.

Being who we are, an organisation based in central and eastern Europe, we have focused particularly on our region which has some of the greatest investment needs and transformational potential in Europe. Consequently we have concentrated on Cohesion Policy, the second largest expenditure line in the EU budget, trying to show that smart investments in green energy, transport and waste solutions can decidedly help our region in moving towards low carbon economies and creating jobs.

Time and again, we encountered that governments in our own region can be among the most reluctant partners for change, with politicians being trapped in a logic where economic growth reigns supreme, neglecting the dangers of ecological, economic and social disaster.

Poland has been one of the most active ones in this regard. Over the past year, we have seen Poland blocking repeatedly various attempts made by European leaders to take positive steps on combating climate change. Polish leaders cannot accept the idea that the country could move forward without coal (or, perhaps, they cannot extricate themselves from the long arms of the Polish coal lobby?).

When it comes to the next Budget (around one trillion euros to be spent in 2014-2020), last year the Commission presented a proposal that we half-heartedly welcomed as it was calling for the spending to be in line with EU 2020 objectives on decarbonising the European economy. The money put aside exclusively for green measures we thought was not enough, but the Commission proposal was overall a good start.

Since then, however, instead of seeing European decision-makers working hard to improve this proposal, we have witnessed them taking it down, step by step. First, the heads of governments meeting in the Council moved away from the Europe 2020 strategy’s climate commitments by emphasising the member states’ own priorities should give the direction of future investments (pdf) (for instance in the subtle but decisive language in Art 10, p.10). But, in a way, as I wrote above, we had expected that.

More frightening is that recently even the European Parliament seems to be rather pursuing national interests than European ones on this matter. (We could usually count on the parliament to be more aware than some eastern European governments of the need to take strong environmental action immediately as well as of the importance to be as inclusive as possible in decision-making.)

In the REGI committee of the parliament, the body that will effectively determine the final decision of the whole parliament on the next Cohesion Policy, the main direction of discussion has been set by an opinion drafted by Polish MEP Olbrycht. Olbrycht suggests that oil and gas infrastructure should be built with money specifically proposed to be set aside for green, i.e. low-carbon measures.

This is as absurd as it sounds and it is an example of how member states’ priorities – here the retrograde stances of fossil fuel friendly Warsaw – can thwart any wider European common interest.

It is also alarmingly in line with the EU’s recent moves to rebrand gas as a green energy.

It is very worrying to see such developments. There is still time for decision-makers in Europe to look carefully at the possible negative consequences of using the next EU budget intelligently. If such proposals that are undermining common climate efforts are not kicked out, then we are effectively hammering a nail in our own coffins and we might as well accept the idea that disastrous climate change is upon us and we have taken no step to make Europe more resilient.