The manipulation of a tender for a metro line extension in Prague – financially supported via EU funds and the European Investment Bank (EIB) has not only resulted in a huge EU funds fine, but also raises questions about the EIB’s ability to identify and avoid mismanagement in the infrastructure projects it finances. 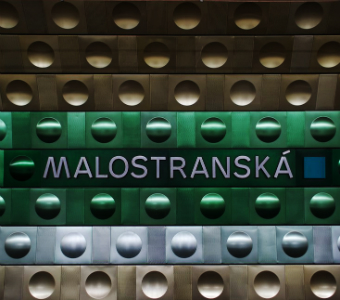 Don’t get me wrong – it’s not that I find it funny that one of the biggest ever infrastructure fines in EU funds history, according to the top Czech news site Aktualne.cz, has just been dished out to the Prague Public Transport Company (DPP) as a result of its violation of the Czech Public Procurement Act, related to a project to extend the Prague metro system.

Nor is it funny, or indeed surprising, that these violations came to light following an investigation by the Czech police’s organised crime division into why a car being driven by one of the project’s auditors, who were inspecting the metro extension’s construction, was rammed by a car with an illegible registration plate on the D11 highway.

This is the Czech Republic after all, where the handing over of ‘fish’ in motorway service stations has taken place in connection with football match-fixing. And where the powerful, majority state-owned energy utility CEZ has relied on gun-toting militia to demand payment from customers (pdf).

What is serious is that Czech ‘funny business’, also known as blatant corruption, is still so prevalent, and seems to prey on EU-related money, among other sources.

We may be part of the EU, yet it seems that abuse – ‘mismanagement’ in the jargon – of EU money, whether from the EU funds or from the European Investment Bank, is about as inevitable as the toppling of a Czech government in scandalous circumstances.

In the case of the Prague metro, as reported in Aktualne.cz last week, ostensibly we have a CZK 4.2 billion (or over EUR 170 million) fine imposed due to DPP being revealed to have manipulated the tender for the extension – involving 6.1 kilometres of new track and four new stations – of the Czech capital’s Metro A line.

While details of the legal violations remain scarce, the fine imposed on DPP has been confirmed by the Czech ministry of transport, responsible for European transport subsidies. Out of the EUR 660 million sum allocated for the project from the Czech Republic’s Operational Programme for Transport, 25 percent will not now be disbursed to DPP.

According to Aktualne.cz (translations my own),

“The ministry verdict means not only the biggest fine in EU history but also implies that the transport company violated its contract with the European Investment bBank (EIB) which is funding the construction on the subway A-line between the stations Dejvicka and Motol. That is to say, the investor committed to adhere to the Public Procurement Act.

“In practice, this means that besides the 4 billion crown fine money, Prague may also lose CZK 11 billion long-term EIB loan money. Out of this loan, the Transport Company has already spent CZK 8.5 billion for the subway construction, with the bank ready to disburse the remaining amount. But now it is possible that the bankers will decide they want the loaned money back.”

Aktualne.cz journalist Petr Holub further speculates that DPP could ask the European Commission for ‘forgiveness’ in this case, but that a bigger ‘threat’ may come from the EIB:

“Unlike the EU politicians and clerks, the bank cannot close its eyes that easily to the fact that there was a legal and budget rules violation in the subway construction which it is funding. For instance, if the EIB does not reclaim the loan money back, it can be blamed for bad management by its shareholders – the EU states – or can possibly lose its trustworthiness on the financial markets where it borrows money itself.”

On the face of it, then, blame in this case would appear to lie with the DPP and its sharp tendering practices. Yet surely, indeed, the EIB’s project management should be attracting concern from its own shareholders.

A EUR 350 million loan for this particular Prague metro project ought to have necessitated scrupulous due diligence. Moreover, since 2002 the EIB has helped finance three other Prague metro projects, all involving large sums – one might think that it would have got to know its client rather well over such a time period, though perhaps such familiarity has lead to complacency.

Yet leaving aside the legal violations and apparent lax oversight, the very justification for this hugely expensive Metro A extension is dubious.

According to my colleague and fellow Prague resident Pavel Přibyl, a transport specialist at Bankwatch member group Czech Friends of the Earth, the current extension project has a very real whiff of ‘white elephant’ about it. And while the initial investment and subsequent running costs are feared to be exorbitant, glaring gaps persist in the development of real sustainable transport in Prague – for one thing, new tram lines are not getting built, in spite of requiring ten times less money per kilometre in the construction phase, having substantially cheaper operating costs, not to mention better serving populated parts of the city thanks to closer walking distances.

Another recent startling case where EIB due diligence appears to have been sorely lacking is the Castor project in Spain, mothballed last month due to work on the project site triggering seismic activity and deep concern from local residents. The first ever so-called ‘Project Bond Initiative’ project, the way in which Castor has metaphorically blown up in the EIB’s facea> has already lead to misgivings on the financial markets.

With a recent hefty increase in its capital sanctioned by the EU member states, the EIB is being called on to do more, in more and more places, both within and outside the EU. Clearly corruption, especially in major infrastructure projects, is a perennial problem, but the EIB has been in the project finance game for over half a century now – it knows what often goes on. Is it simply spreading itself too thinly, and being caught out increasingly in cases like Prague metro, or in the tendering debacle that took place recently in a new lignite power plant in Slovenia that has received hundreds of millions of EIB and EBRD loan money?

For now, according to Aktualne.cz, an EIB spokesperson has commented that the Prague situation is serious and is being solved in Prague:

“The EIB is monitoring the development of the situation and will analyse in detail all important information. It will react appropriately if it turns out as a necessity.”

A standard bank holding statement – I only hope that serious questions are being asked about the EIB’s own oversight and performance in this mess.