The Turkish Garanti Bank, one of the winners of the Sustainability Awards of the European Bank for Reconstruction and Development is among the main coal investors in Turkey. 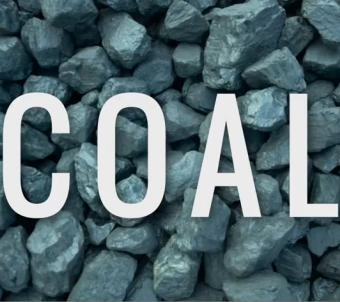 As a child, I was never very good at understanding idioms. I would always have a completely different interpretation than the rest of my friends, much to their amusement. I was convinced, for instance, that “one hand washes the other” means exactly that you have to use your clean hand to wash the dirtier one, and so, on average, one hand is always cleaner than the other.

I had a flashback of this literal interpretation when I read that the Turkish Garanti Bank is one of this year’s winners of EBRD’s Sustainability Awards, which will be presented tomorrow in Warsaw at the bank’s annual meeting. In the announcement, the EBRD recognised Garanti for “its leadership in addressing key sustainability issues within its activities”.

I found this quite surprising and imagined this must be Garanti’s somewhat clean hand, since my most recent memory of the bank’s name was in relation with the SOCAR Aegean Refinery and a “secret” 1350 MW coal power plant, which shows a mixture of business interests, coal development and neglect of local health concerns in Turkey, and where Garanti Bank is part of the consortium of lenders which would power the EUR 5 billion project. (Even more conflicting with sustainability principles is the fact that this gigantic oil project to which Garanti is considering financial support, is conflicting with a genuinely green one – a geothermal-solar hybrid 50 MW power plant – which was granted an operation licence one year prior to the one that SOCAR holds.)

But even if I accepted that this case might be an exception, a look at Garanti’s track record of financial support to the coal sector puts the bank’s dedication to “addressing key sustainability issues” seriously into question:

The EBRD has committed to support sustainable energy and investments to strengthen the competitiveness of the Turkish economy through support for Turkish financial institutions. One of the key partners in this endeavour is Garanti Bank. Yet, while the EBRD has reviewed its energy policy and will scrap most assistance for coal-fired power plants, the flagship Turkish bank is among the main actors in the development of future coal power generation in the country.

Unfortunately I am not able to attend the award ceremony tomorrow. I would be curious to hear the acceptance speech that Garanti Bank’s representative will give. The last statement I read from the Project Financing Manager of Garanti Bank was that

“[…] coal prices decreased while natural gas prices increased. […] for the time being we estimate that coal-fired power plants will be ahead of the natural gas plants in merit order in the future. […] in general the focus will be on the coal”.

Will the bank dirty the EBRD’s sustainability awards with such statements tomorrow or announce a U-turn towards renewables energy efficiency? Now that would be a bold coming out.