Home > Blog entry > GMOs, water grab and ice cream for the masses – the EBRD gets involved with Nestlé Egypt

Update: The EBRD clarified in its correspondence with Baby Milk Action that its loan will not be used to finance infant nutrition. 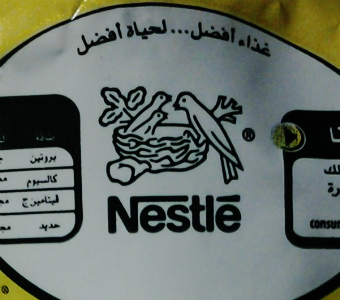 Update: The EBRD clarified in its correspondence with Baby Milk Action that its loan will not be used to finance infant nutrition.

The EBRD’s board of directors yesterday approved a USD 20 million loan for the expansion of Nestlé Egypt food production company. Leaving aside the question whether Nestlé – one of the world’s largest companies from one of the world’s richest countries – really qualifies for multilateral development finance, there are several reasons why this decision is problematic.

Nestlé is the largest artificial baby milk producer with 40 per cent of global market share and has been operating almost everywhere in the world under the label of “good food, good life”. But what about the highly questionable practices Nestlé has been implementing across the world for the past decades?

Nestlé openly acknowledges the fact that it uses genetically modified foods. Since 2009, Egypt has banned the import and export of GMOs.

While the country is seeking a way out of a difficult transition period, the regulatory framework on the use of GMOs or products deriving from GMOs has been the subject of a court order (released all in Arabic) and grassroots organisations have been fighting the work of GMO giants such as Monsanto for a few years. How can the company ensure that it is only using ingredients allowed for sale in Egypt? Does it even label products containing GMOs?

According to the EBRD,

“The operation will enable the Company to finance foreign currency working capital needs and investments into the expansion of the Company’s food production capacity (ice cream, confectionery) to meet the growing demand […]” (emphasis added)

But what sort of priority is that? The majority of Egyptians cannot afford to buy the Nestlé and Movenpick ice cream produced by the company. Only the upper middle and high classes can afford this luxury whereas most Egyptians struggle just to afford bread, eggs or drinkable water.

If the EBRD can’t do better than financing Swiss multinationals in its new countries of operation, I’m not sure that the people of Egypt are going to be too convinced about its development impact.

Nestlé, who has been operating in Egypt for more than a century, has been repeatedly criticised for unethical marketing practices of its infant formula milk. In addition, the artificial Nestlé milk sold in emerging countries is so expensive that mothers dilute it with water usually unfit for human consumption to make the artificial milk last longer. Unfortunately, these practices have led to fatal diseases and malnutrition when mothers should be supported and encouraged to breast feed their babies whenever possible. The baby milk scandal created such an uproar that a network was created in response to this, the Baby Milk Action who called for a boycott on Nestlé’s products “because it contributes to the unnecessary death and suffering of infants around the world by aggressively marketing baby foods in breach of international marketing standards.”

Unfortunately, there is something much uglier about Nestlé and its practices, and it has to do with one of the most basic human rights, the right to water. Surprisingly, Peter Brabeck-Letmathe, Chairman and former CEO of Nestlé has on numerous occasions declared that “one opinion, which I think is extreme, is represented by the NGOs… As a human being you should have a right to water. That’s an extreme solution.” According to him, water is a commodity, just like any other commodity such as food, and therefore should have a market value. Nestlé is the biggest producer of bottled water worldwide so it seems obvious that the company has a major interest in privatising water supply. I suggest you watch journalist Abby Martin debunk Nestlé’s water rhetoric as it is quite edifying.

It is clear to me that Nestlé puts the profit of the world biggest food producer before basic human rights and basic health. I would be very curious to know what are the EBRD’s views on this specific topic and the EBRD’s true motivations to assess Nestlé as a suitable candidate to benefit from such a loan.