While the EU’s future common agricultural policy is taking shape in Brussels, it’s not just there that major agri-business interests are flexing their muscles to take the ‘green-ness’ out of EU agricultural spending. 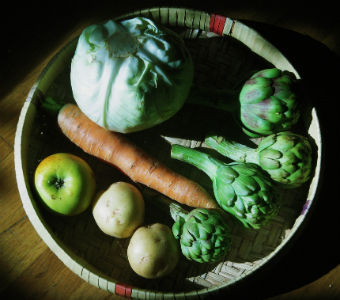 As negotiations on the EU budget for 2014-2020 grind on painfully towards a conclusion hopefully next month, and with key voting on the future shape of the common agricultural policy (CAP) due at the European Parliament this week, country level programming is underway for the future seven year budgetary period.

But as we hear from Bankwatch’s Estonian coordinator Triinu Vaab, it’s not just at the top Brussels level that major agri-business interests are flexing their muscles to take the ‘green-ness’ out of EU agricultural spending.

Several weeks ago the Estonian Council of Environmental NGOs sent a letter to Estonia’s minister of agriculture and minister of environment to express the groups’ deep unease with the way the Ministry of Agriculture had discarded the work of different experts during the compilation of Estonia’s Rural Development Plan (RDP) for 2014-2020. Here Triinu explains the background and the implications for Estonia’s agricultural sector. The interview was conducted by Bankwatch Mail editor Greig Aitken.

RDP 2014-2020 consists of rural development policy measures that are drawn from the legislative proposal for the new Rural Development Regulation. At the EU level, RDP is part of the common strategic framework – together with the European Reconstruction and Development Funds, European Social Funds, Cohesion Funds and Maritime and Fisheries Funds. At the member state level all of these funding lines comprise the partnership agreement between an individual member state and the European Commission.

For 2014-2020, the overall European Agricultural Fund for Rural Development pot stands at EUR 84.8 billion, out of which Estonia will receive EUR 721 million euros.

From the environmental perspective, most crucial is the designing of the ‘agri-environment-climate’ measure. However, other measures such as support for organic agriculture (especially providing sufficient funding), support for Natura 2000 areas, and the inclusion of environmental considerations in the design of investment measures are also important in order to secure sustainable rural development.

RDP mostly covers a wide variety of rural enterpreneuship and agricultural measures. For the 2014-2020 official priority areas are: transfer of knowledge, competitiveness, operation of the food chain, and environment and rural entrepreneurship. RDP is operationalised through different measures, chosen according to development needs and goals. In the coming period the plan is to put into force over 20 different measures and sub-measures.

It’s important, though, to stress: RDP can either drive rural development towards a more sustainable path or subsidise environmental destruction.

And the latter is what you now fear as a result of what you deem to be broken promises from the Estonian authorities?

Yes, given the progress that had been made, we (and other stakeholders) feel very let down.

Throughout 2012 and the first few months of this year, different working groups (with representatives from environmental NGOs, producers and state institutions) worked intensively on the design of the ‘agri-environment-climate’ measure. This includes several sub-measures, the most significant in terms of budget being the so-called environmentally friendly management.

This is a broad and shallow measure, but in order to avoid it becoming too ‘shallow’ it was agreed that farms would have to choose at least two activities from a list, including various buffer strips, delayed mowing time, reduced fertiliser application etc. Yet this list has now been abandoned, and thus the sub-measure has become effectively been ‘greenwashed’ – though of course it does still hold most of the budget for environment related measures.

The abandonment of the list of voluntary activities has never been officially explained, but unofficially the inclusion of Natura 2000 payments (and the pressure this exerts on the RDP budget) has been given as the excuse.

As we were well aware that the RDP 2014-2020 budget is tight, the Estonian Council of Environmental NGOs did provide different specific proposals to address this situation during meetings in the Ministry of Agriculture, in working groups and by sending written comments.

For example, we proposed to use the possibilities present in the new draft Direct Payment regulation to support the farmers in Natura 2000 areas with funding from Pillar I. None of our suggestions seem to have been seriously examined.

We view the dumping of these provisions at the last minute as a betrayal of the members of the working groups. Other than environmental NGOs, the Estonian Farmers’ Federation (representing family farms), the Leader Forum and many other NGOs have been very frustrated by the process – though the Central Union of Estonian Farmers, representing agri-business, will be content.

Does the jettisoning of the green agriculture measures in this way break any national or EU rules as far as you know?

Whether what we’ve seen actually breaks any formal rules is still to be fully determined, but of course nothing can be finally said here since the most important rules (the CAP reform package) are still being debated and decided in the ongoing ‘Trilogue’ discussions, between representatives of the Commission, Council and Parliament.

Is Estonia’s RDF spending all finalised then?

The Ministry of Agriculture views the current draft as final. However, the document has been neither approved by the relevant steering committee nor signed off by the Cabinet.

And from the more formal point of view nothing can be said to be final now, since the CAP reform package, including the Rural Development Regulation that is the legal basis for RDP, has still to be approved by the European Council and European Parliament.

Is there a possibility for the situation to be resolved somehow, or for a compromise solution via the parliament?

The Rural Affairs Committee of the Estonian parliament held an open hearing about the new RDP on June 11. Various parties presented their frustration there. However, the process of RDP preparation is led by the Ministry of Agriculture and is to be approved by the Cabinet; the parliament has a limited say here.

Moreover, parliamentary oversight of governmental activities is currently rather limited in effect, since the government holds a parliamentary majority. Thus the key to the solution is still held by the minister of agriculture.

But you are planning to take a stand against these regressive, non-sustainable measures?

If the Ministry of Agriculture continues to insist that the previously agreed measures are not to be reintroduced and implemented, then the Estonian Council of Environmental NGOs will have to remove itself from the whole process of RDP compilation as all the work will have been in vain.

We cannot be in any way associated with this kind of greenwash, or the potential negative impacts for Estonian agriculture that it will usher in.