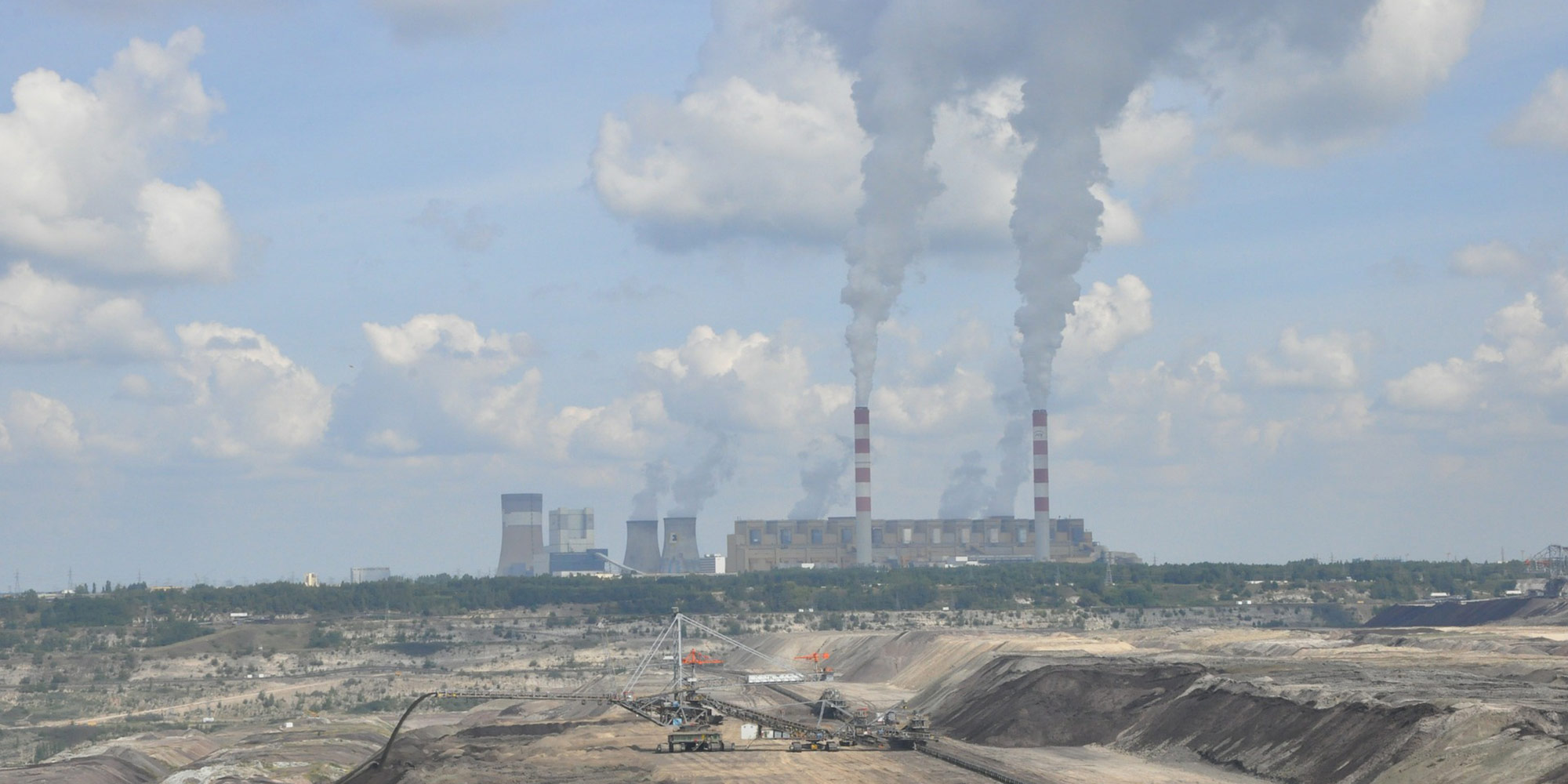 This article was first published on chinadialogue under a Creative Commons licence (CC BY-NC-ND 2.0).

Chinese companies and banks are continuing to drive global coal expansion, as state owned companies, backed by state loans, build coal-fired power plants across the world. This is despite commitments from China’s top leaders to deliver clean energy and low carbon infrastructure for developing countries.

The world’s largest carbon emitter aims to reposition itself as a global green power. In a joint US-China statement at the White House in September 2015, President Xi Jinping agreed to strictly control public investment for overseas projects with high pollution and carbon emissions. China won praise for promising to peak its greenhouse gas emissions by 2030 at the UN climate summit in Paris in 2015 – and trying to wean itself slowly off coal. Chinese manufacturers are now major suppliers of cheap solar and wind parts worldwide.

However, these efforts are being undercut by Chinese backed coal power plants planned and under construction from Indonesia to Pakistan, Turkey to the Balkans –as well as in Africa and Latin America. These could boost global emissions and lock developing countries into fossil fuel intensive energy systems for decades.

New data collected by chinadialogue and the CEE Bankwatch Network shows that since 2015 many new Chinese coal plant project deals have been announced and are under development. “The majority of these projects are under loan consideration by China’s policy-driven financing, and supplied by equipment from the country’s largest power generation manufacturers,” said Wawa Wang, public finance policy officer at CEE Bankwatch Network.

Chinese banks and companies are currently involved in at least 79 coal fired generation projects, with a total capacity of over 52 GW, more than the 46 GW of planned coal closures in the US by 2020.

Beijing has encouraged state owned coal companies and energy intensive industries such as concrete, steel and cement, to “go out” as part of the One Belt One Road Initiative (OBOR). This aims to open up new opportunities for Chinese companies and to build infrastructure to link China to European markets and beyond.

Who invests in coal?

KINGS OF COAL – a toolkit on coal financing in southeast Europe and Turkey.

The overseas push comes as China’s power sector is struggling with severe overcapacity with the slowing economy and slashing of energy intensive industries at home. This has led to the lowest use of existing power generation capacity since 1978. Greenpeace estimates that at any given moment, more than half of China’s coal capacity lies idle.

Yet despite central government attempts to reduce its coal fired power and the toxic smog it produces, there is a surge in new approvals for power plants as a result of pushback from provincial authorities and the perverse incentives created by falling coal prices and government fixed electricity prices.

In addition, Huaneng– one of five state owned energy giants – plans to significantly boost its share of profits from overseas projects by 2020, according to its five year strategy. Its expansion will focus on coal in South and Southeast Asia, Russia and Eastern Europe; hydropower in South Asia, Africa and Europe; and wind and solar in Europe and Latin America. While the corporate strategy highlights overseas risks from war, terrorist attacks and corruption, environmental risks are not mentioned.

All this contributes to concern that China will follow developed countries’ example and simply export its carbon emissions as it moves up the global value chain, threatening any fragile international progress on emissions reduction.

Industry insiders argue that China’s coal advance will bring tangible environmental benefits by providing more efficient technologies than countries could otherwise afford. But the number of new projects in the pipeline will counteract any modest emissions savings made by “supercritical” technology, especially since China’s new, stringent standards for domestic plants do not apply to exports.

While global coal use is thought to have fallen by 4.6% year on year through the first nine months of 2015 – urgent action is still needed to avoid locking in carbon intensive resource use in the future. A third of the new capacity in the global pipeline is coal (1161/3165 GW) according to estimates a forthcoming paper by Phillip Hannam, a scholar at the Princeton Environment Institute – and nearly 90% of this is in rapidly growing Asian economies.

China’s expansion comes as the World Bank and many developed countries have stepped back from funding dirty coal. In 2013 the World Bank strictly limited coal funding and last year OECD countries including Japan and Korea promised to end public financing of coal plants overseas except to the poorest countries.

An earlier study from the San Francisco-based Climate Policy Initiative found that China had invested as much as US$38 billion (253 billion yuan) in coal fired power plants overseas between 2010-2014 and had announced plans for another US$72 billion (480 billion yuan) worth of projects (though not all with firm commitments).

China’s coal footprint is particularly large in Asia. In 2015 coal-fuelled plants accounted for 68% of generating capacity built by China in the rest of Asia, and in future this is set to rise, according to an earlier paper co-authored by Hannam. In contrast, where countries built capacity without Chinese support, coal-fired plants made up only 32% of new capacity. Worldwide, the majority of China’s support to the power sector in the global south was funnelled into coal, says the paper.

Since 2000, China has overtaken Japan to become the leading exporter of coal equipment – offering “bargain” prices to energy-starved countries and increasing its share of global coal exports from zero to 37% (85GW). It may be much higher, since, where data is missing, exports are largely attributable to China.

China is the largest supplier of equipment to India, which is expected to double its coal capacity by 2031. Chinese firms account for 60% of the equipment ordered in the private sector and are involved in at least 19 projects across the country, the largest being a massive 4,000 MW plant in Gujarat, built by Huaneng and financed by the Industrial and Commercial Bank of China (ICBC)

Coal flows along the Silk Roads

Historically, coal power financing has predominantly flowed to India, Indonesia and Vietnam – but now China is diversifying with multimillion dollar projects planned in Pakistan, Bangladesh, Cambodia and Kazakhstan. Further along the OBOR corridors, coal hotspots are emerging in Turkey and the Balkans, where local players are also active. These countries lie outside more stringent European Union environmental regulations and the limitations placed on international finance.

The money and equipment flow into countries where environmental regulations and laws are weak and corruption endemic. In Pakistan alone, China is building at least 7,800 MW of new coal capacity under the China Pakistan Economic Corridor project. This includes the excavation of the dirtiest kind of lignite coal in the Thar desert – one of the world’s largest untapped coal deposits. The projects have met with protest on the streets and in the courts. In a land mark case, a seven-year old girl has sued the government for violating the rights of her generation to a healthy life by developing coal. In her petition she argues this will dramatically increase Pakistan’s carbon emissions, while ignoring the potential of wind and solar.

The Punjab high court’s objections to the Sahiwal coal plant on environmental grounds were brushed aside in 2015, since it is being fast-tracked under the CPEC. While Pakistan is desperately short of power, the economics are dubious. Sahiwal will require billions of dollars investment in new rail infrastructure to haul imported coal 1,000 km from the port city of Karachi. Petitioners say pollution around the site has already breached national air quality limits.

Compared to others, Chinese banks are particularly opaque: “Policy driven Chinese financial institutions have yet to adopt information disclosure and accountability policies to protect the rights of affected communities. The situation is further aggravated when there is no institutional oversight of Chinese overseas financing of energy infrastructure projects and the economic, social and environmental problems they cause,” says Wang.

The information behind the map was collected by chinadialogue and Bank Watch from company and bank annual reports and available commercial data. In many cases financial data is unavailable.

China has no road map for phasing out overseas coal investment. “The US-China joint statement is vague and can’t be implemented,” says Yang Fuqiang, senior adviser on climate, energy and environment at The Natural Resources Defense Council, a Beijing based NGO.

He is working with a team to develop green guidelines – “an implementable policy that can be adopted by Chinese financial institutions.” They are preparing their recommendations for the government at the moment.

“Now we are trying to investigate experiences from the past two years to see what we can learn and improve because OBOR is a big global strategy, and without this, investors will face many risks, including environment and climate change risks,” says Yang. “If we don’t find solutions, we will find heavy resistance from local people.”

Chinese companies overseas are already running into environmental problems as they try to reduce carbon dioxide emissions and provide jobs for local people, said Yang. In Bangladesh, police opened fire last year on villagers opposing the illegal seizure of land for the construction of the power plant by Chinese firms on the coast.

Yang’s work at the NRDC builds on a growing movement within China to hold Chinese banks to account on their green lending credentials – and a growing interest in green finance from institutions themselves. China is the world’s largest issuer of green bonds, but unless progress is made fast, Chinese money and equipment will be used to lock in dirty fossil fuel in developing countries and tarnish China’s ambitions to become a green superpower.