Environmental groups in Ukraine have highlighted the negative local impacts of one of the biggest agribusinesses in the country, MHP, that is in line to receive additional credit by the European Bank for Reconstruction and Development. 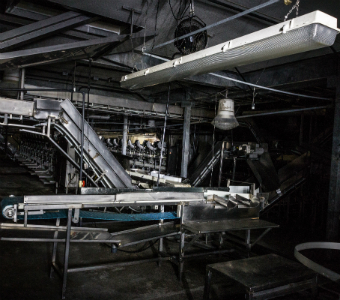 Last week, Ukrainian Bankwatch member group National Ecological Centre of Ukraine (NECU) asked the European Bank for Reconstruction and Development not to go ahead with the credit expansion for the Ukrainian agroholding Myronivsky Hliboproduct (MHP) until the company improves its performance and openness. In an open letter (pdf) to the bank, singed by NECU, Voice of Nature, Public Centre for Environmental Control, and Ladyzhyn Civil Council, we outlined how the investments of MHP, one of the largest Ukrainian agricultural corporations, are resulting in a wide range of negative impacts on the local population and their environment.

Local residents and organisations in the Vinnytsia and Dnipropetrovsk regions in central Ukraine, have told us about their concerns with MHP’s facilities there, particularly related to working and labour conditions, the improper handling of biological waste and manure, land use without the consent of owners, failures made during environmental impact assessments, failures to address the needs of local population during the construction of new facilities and limited access to environmental information. (Details are described in a second letter (pdf) that was sent to the EBRD’s directors for Agriculture and Environment & Sustainability.)

The EBRD is currently considering to increase its support for MHP to USD 100 million for operations in growing and storing grain and capital costs associated with the purchase of agricultural machinery. The decision is expected October 29, 2013.

We ask the EBRD board to suspend increasing MHP’s credit before the problems have been resolved. The additional money would allow MHP to expand its operations in Ukraine, likely with additional negative impacts as have been reported so far.

Ukraine is one of the largest recipients of investment in the agricultural sector from multilateral development banks like the EBRD and the IFC. The bulk of this support, however, goes to large agricultural holding companies and industrial enterprises, like MHP, to expand their production capacities.

The increase of industrial farming seems to offer very limited economic benefit for the regional development and locals while burdening communities with unresolved environmental and social problems in Ukraine. The policies that allow the EBRD to contribute to such developments should be revised more generally.