Home > Blog entry > Guest post: One beast with many heads – a hydropower hydra in the Balkans

A visit to six mountain rivers and nine small dams in Macedonia exposed similar problems with many of them. 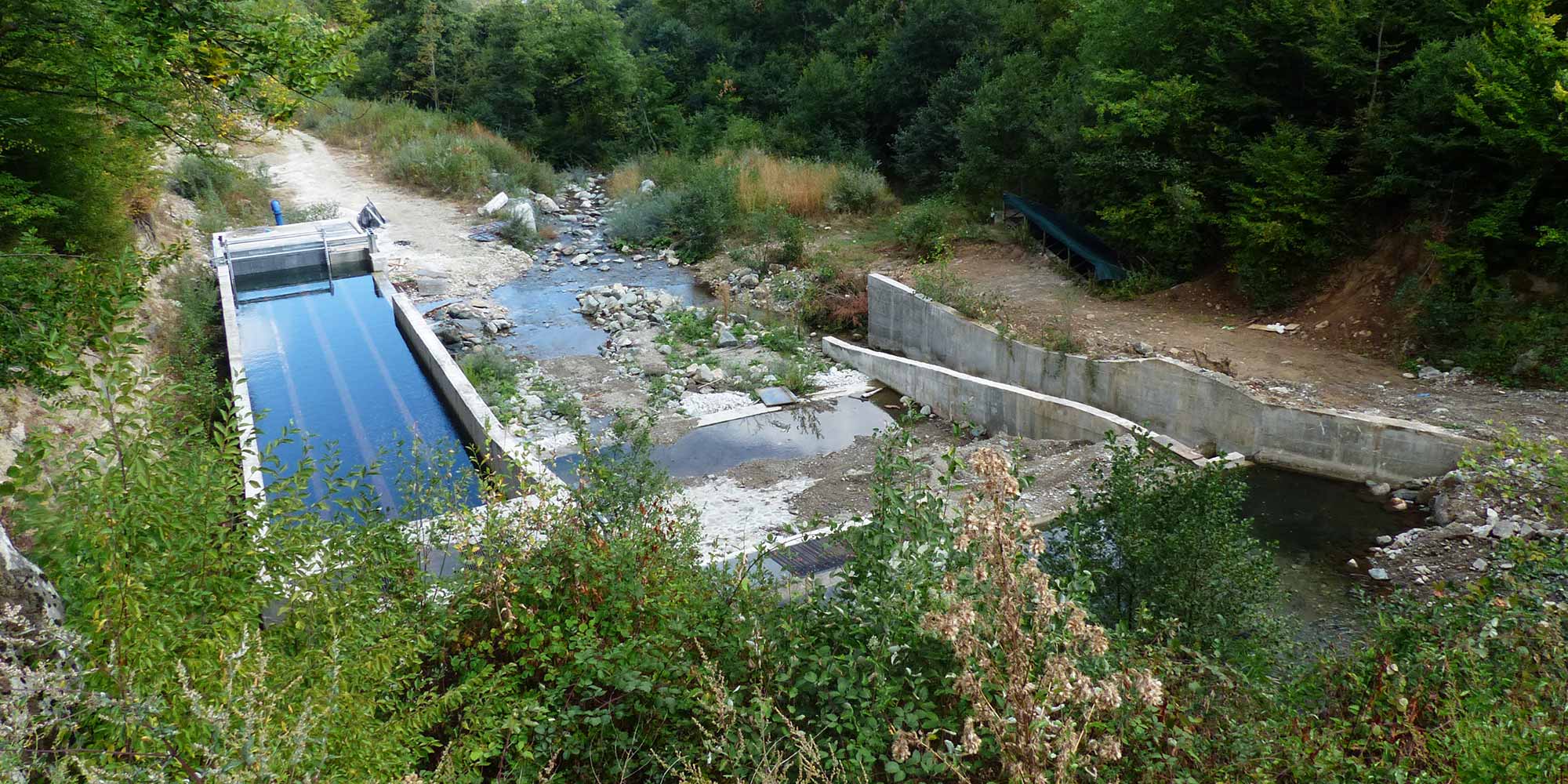 As the Greek myth goes, once upon a time there lived a water monster called the hydra that had many heads. Every time its head was chopped off, the hydra regrew new ones. Its breath was poisonous and its blood so virulent that even its scent was deadly. No one could possibly kill the hydra until Hercules finally slayed it.

This old myth dogged a team of activists during a field visit to Macedonia to monitor several hydropower plants financed by the European financial institutions, the European Bank for Reconstruction and Development (EBRD) and the European Investment Bank (EIB). We visited six mountain rivers and nine small dams that interrupted their flow, and though the projects were numerous, we had a feeling that we were looking at one and the same problem.

According to Macedonian rules, the residual flow of a project, i.e. the amount of water that is allowed to flow in the section of the river modified by the hydropower plant is defined only as ten per cent of the average water flow. Under this definition, the river on which a dam is located is sentenced to an everlasting low water period, which makes fish inactive and leads to extremely degraded populations.

This poor “ten percent” definition of residual flow is applied in only one EU Member State, Bulgaria. And even in Bulgaria, its first River Basin Management Plans 2010-2015 ruled that in all protected areas – like Natura 2000 sites – the minimum residual flow is set at 70 per cent in order to achieve a site’s conservation objectives.

Most of the projects we looked at in Macedonia are located in protected areas, whether Emerald sites or National parks. However, we discovered that for both hydropower plants working during our visit – Brajcinska reka 1 and Tearce 97 – even this minimal requirement was not fulfilled. Water samples taken at Tresonecka indicate that this minimum was not respected there either.

Fish passes are built on dams, usually in the form of a series of pools shaped like a staircase so that fish can in theory ‘climb’ the dam.

As a lifelong fisherman, I take special interest in how fish passes function – or, more often than not, do not function. The team made detailed measurements and assessments of each fish pass (see the full report HERE ), and the most extreme example comes from the case of Kamena reka.

The river bio corridor through which species pass was fully blocked, meaning that the fish pass had a manmade plug at the upstream exit and there was an artificial wooden barrier in the riverbed above the lake.

This is done to catch leaves and branches to protect the intake grates from clogging, but it also becomes an impassable obstacle to migration. No water was running through the fish pass, and the lake was full of silt with traces of eutrophication – gas bubbles constantly emerging on the surface – almost like the hydra’s poisonous breath.

Blocking a fish pass is a common practice in Bulgaria, as this diverts all water from the river for hydropower production, rather than to provide the necessary flows for the ecosystem’s survival.

All intakes were equipped with pool-type fish passes, which, even if perfectly implemented, are still questionable in terms of effectiveness. This is why independent monitoring is needed, but such oversight cannot be provided by project developers.

In spite of our best efforts, though, independent monitoring is essential to challenge our findings – the latest technologies, like underwater video cameras, could be used. Monitoring also should be carried out during the upstream trout migration period, which depends on the climate in the autumn.

Pristine nature is at stake

As stated above, most of the hydropower plants that we visited are located within the boundaries of proposed Emerald sites and national parks in Macedonia. The biological monitoring discovered species listed in Annex II of the EU’s Habitats Directive, some of which are of priority conservation status. This would mean that any hydropower should be prohibited on these rivers.

Of course all life in nature is interconnected. Rivers provide for animal and plant species alike, so one cannot remove a river and expect that the rest of the life will thrive. This is particularly evident in the case of the cascades at Tearce 97-99

More broadly, cascades have had a devastating, long-term impact on river ecosystems, due to the problems caused to the migration of fish and other aquatic species. During the spawning period, fish are supposed to migrate to spawning spots as quickly as possible. Even if fish passes are perfect – which is not the case – too much time is needed for the migration through cascades, not to mention the downstream migration.

This is why cascades are not permitted especially in Emerald sites or other protected areas, even though the Tearce cascade is located within the boundaries of the Shar planina proposed Emerald site.

We only caught two operators red handed – Brajcinska reka 1, who did not release water into the river, making them gunpowder dry below the intakes, and Tearce 97, who violate the residual flow requirements. But the operational assessments for other HPPs are also negative due to the disrupted bio corridors.

Though blocked upstream migration of aquatic species is not supposed to have an immediate impact, this will inevitably lead to long term impacts on a river. Even if the fish pass is operated by the book, this pool type has already proven unsatisfactory.

Upstream migration is but one issue. Downstream fish migration is an unsolvable problem for these types of fish passes. This is why we found fish held back downstream in most of the pools during our monitoring. Providing only one way for fish to migrate is unacceptable.

We must find solutions to these challenges soon, as there is only so much time to chop the hydra’s heads off.