Home > Blog entry > Haircuts for eurozone citizens? A closer look at the EFSF

The European Financial Stability Facility is a crucial element of eurozone leaders’ proposed solution to the debt crisis. But behind the shining EUR 1 trillion armour of the EFSF lurks an institution that could bring further mayhem as a closer look by Bankwatch’s alternative economics coordinator Roman Havlicek reveals. 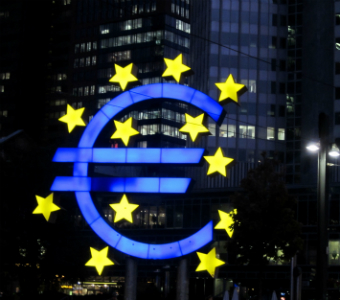 One of the elements of the rescue package that eurozone leaders agreed on after marathon talks yesterday is an increase in the financial capacity of the European Financial Stability Facility (EFSF), from EUR 440 billion to EUR 1 trillion. (The scepticism here in Slovakia towards the increase caused quite a stir earlier this month.)

The EFSF’s official function is to provide financial assistance to euro area Member States in distress. But this simplified understanding as well as the “nick name” eurozone bailout fund conceals some more sinister aspects of the facility.

The EFSF, as it looks now, is yet another international financial institution (IFI), very similar to the International Monetary Fund (IMF) with its mode of operation based on a unified austerity model – privatise, liberalise, radically cut public spending, decrease taxes. We’ve seen the impacts of this “haircuts for citizens” approach for decades in the countries that received the IMF’s and other IFI’s assistance. And what’s happening right now in Greece might be a preview of what’s to come.

Large scale privatisation and tax reductions as essential parts of a universal therapy for countries in troubles have proven to only perpetuate the instability of public budgets and the inability to pay public debt. High level officials already had to admit that without increased income it will be impossible to improve public balance sheets no matter how strict the austerity measures we adopt.

An additional problem will be lack of public control. While other IFIs are finally opening up to public scrutiny (at least to some extent), all of the EFSF’s decisions are currently made behind closed doors. Scepticism about its transparency of decision-making is growing as all the decisions are now taken without public control.

Repeating the same mistakes that brought the financial crisis

If the proposal from Germany and France will be approved, the EFSF with its reliance on financial markets will turn into a multi-billion hedge fund depending on the will of private investors to trust the EU’s and its member states’ promises. Ironically, designed as a special purpose vehicle the EFSF will follow the same model of Collateralised Debt Obligations that stood at the beginning of the financial crisis. We can only guess where this would lead us to.

Agreed, criticising is easier that coming up with solutions. While I can’t offer a comprehensive answer to the eurozone crisis, I know at least two imperatives for a eurozone bailout fund that really contributes to solving the debt crisis:

To avoid an escalation of austerity measures the conditionalities for ESFS borrowers should be such that have the potential to create a basis for future development (e.g. invest in education, energy savings, renewables and public services) and motivate countries to consolidate the income side of their budgets (i.e. progressive taxes rates, effective tax collection).

And certainly don’t use private intermediaries to raise funds.