Home > Blog entry > Half green and half-blind on democracy. As the EBRD turns 30 the vision of its founders is still far out of sight

The European Bank for Reconstruction and Development (EBRD) was created in 1991 at a unique moment in history: after the fall of the Berlin wall, the disintegration of the Soviet Union and the run-up for the Rio Earth Summit on Sustainable Development and the UN Framework Convention on Climate Change. 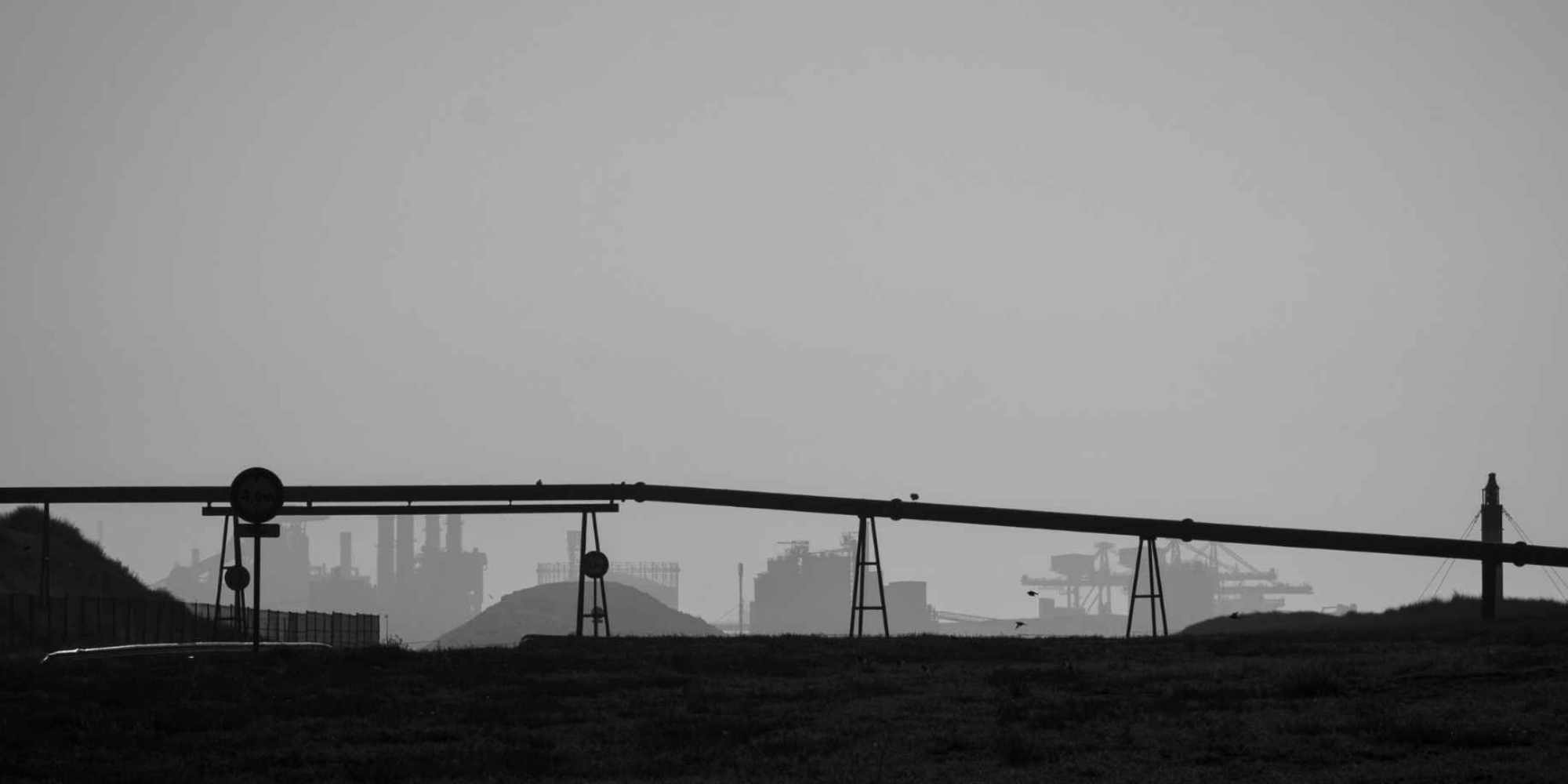 In the spirit of the time, EBRD shareholders included in the bank’s statute two unique mandates: First, a political mandate stating that the bank will only operate in countries which are ‘committed to and applying the principles of multiparty democracy, pluralism and market economics’ (Article 1, Agreement Establishing the EBRD); Second, a commitment to help its countries to promote environmentally sound and sustainable development in the full range of its activities (Article 2, Agreement Establishing the EBRD).

As the EBRD is celebrating its 30th anniversary today, it appears that the Bank still has a long way to go until it has fully implemented both its democracy and sustainability mandates.

Deterioration of freedom and democracy in EBRD’s countries

The EBRD was given a core mandate to promote a transition to market economy in former centrally planned economies, which was expected to go hand-in-hand with the democratisation of these countries.

Three decades down the road, the state of democracy, the rule of law and respect for human rights are deteriorating significantly in many EBRD recipient countries, whilst the Bank has done little to revisit its engagement. The EBRD conducts detailed political assessments and regular monitoring of the state of democracy in order to ensure compliance with its political mandate and to identify areas for responding to evolving developments in its recipient countries. It is unclear, however, how these assessments translate into investment priorities or investment conditions when the Bank operates in authoritarian and repressive states?

The recent expansion in the EBRD’s shareholder base as well as its growing portfolio in non-democratic countries have raised questions regarding the EBRD’s commitment to its political mandate. The fact that Turkey and Egypt regularly top the list of the largest recipients of EBRD funds in recent years clearly demonstrates the EBRD’s willingness to turn a blind eye to the appalling human rights record and undemocratic practices of governments in its recipient countries for the sake of business.

As the democracy situation in the EBRD’s countries of operation has deteriorated, the number of projects and investments in 2020 reached a record high. Bankwatch analysed the data from key freedom and democracy indices and juxtaposed it to EBRD investment data (see table).

This means that countries with non-democratic regimes have received more than a half of the EBRD’s record high portfolio for 2020. While most of the EBRD’s financing has been to businesses in the private sector, businesses in authoritarian regimes regularly comply with the political system.

Egypt topped the list of recipient countries of EBRD investments in 2019 and dropped to second place in 2020 with more than one billion Euro annual investments. Meanwhile, the situation in Egypt has deteriorated drastically.

Egypt ranks among the worst countries in the world on the Economist Intelligence Unit Democracy Index. UN human rights experts have sounded the alarm on numerous occasions regarding human rights violations in Egypt.

A decade after the 2011 nationwide uprising, Egyptians are living under the authoritarian grip of President al-Sisi’s government. Unfree and unfair elections have characterised the rollback of democracy and of the separation of powers in Egypt. Moreover, Egypt’s 2019 NGO law prohibits independence in funding and international cooperation, the only permissible NGO activities are development and social work, in pursuit of social need as defined by the state. Violations of the new NGO law are harshly punished with travel bans and asset freezes of civil society leaders, raising the fear of repression and reprisals among rights defenders, journalists, and civil society groups. Security agencies clearly responsible for severe violation of human rights enjoy near total impunity.

Uzbekistan is another top destination of EBRD finance with nearly half a billion invested in the country in 2020. The former EBRD president, Sir Suma Chakrabarti, became an advisor to Uzbekistan’s President Shavkat Mirziyoyev on economic development, effective management and international cooperation.

Despite the reforms declared by President Mirziyoyev, the country remains among the world’s most authoritarian regimes. Freedom House’s Nations in Transit 2020 report gave Uzbekistan receives a Democracy Percentage of 2 out of 100. No genuine political parties operate legally in the country. Despite some releases, the government still holds numerous prisoners on political and religious grounds.

Civil society and the media continue to suffer from restrictions to freedom of speech and barriers to legal registration.  For the last 18 years, only one domestic civil society group was allowed to register, while applications from other independent human rights organisations keep being rejected.

Bills seeking to restrict the right to peaceful assembly place excessive requirements on the organisers. Much of the media is still controlled by the government, and websites of independent media and human rights groups is blocked.

Moreover, human rights defenders and journalists continue to be under secret surveillance and are the target of sophisticated phishing and spyware attacks. Recently, the Uzbek Interior Ministry issued a statement threatening journalist with prosecution over LGBTQ reporting. Consensual same-sex relations between men continue to be criminalized in Uzbekistan, and the UN Human Rights Committee confirmed persistent inequality between men and women.

Apart from it, land confiscation, violation of labour rights, economic exclusion and corruption are rampant after the privatisation of the cotton sector in Uzbekistan, including by corporations like Indorama who have been enjoying generous support from the EBRD. Private property rights are largely ignored in the country as can be seen in multiple cases of illegal demolition of buildings, forced eviction and expropriation of houses from the most vulnerable groups.

To realize its political mandate the EBRD should clarify how it applies the “more for more, less for less” approach in authoritarian countries, especially those which are the bank’s largest recipients. The EBRD should also continue policy dialogue efforts and remind non-democratic governments of the need to ensure safe space for civil society, remove barriers to the registration of non-governmental organisations, including human rights organizations. Lastly, the EBRD should operationalise its commitment expressed in safeguard policies to act in line with the international Human Rights law by improving participatory human rights due diligence for its operations in non-democratic countries.

The EBRD’s new investment strategy for 2021-25 includes the Bank’s new Green Economy Transition approach that sets a target to invest more than half of its portfolio in climate action and projects with sustainability elements. The EBRD’s leadership has hailed this new strategy as an ambitious attempt to position the Bank as a green finance champion, although half of its investments will remain business-as-usual.

Half green and half business-as-usual means that the EBRD is roughly EUR 5 billion per annum short of implementing its ‘green mandate’ to promote sound and sustainable development “in the full range of its activities environmentally”.

The EBRD is still to disclose and consult with the public a methodology for alignment of its investments with the Paris Agreement. A fully formed climate strategy is expected no earlier than 2022. The EBRD risks becoming a laggard in comparison to the European Investment Bank that in 2020 declared that it is stopping investments in fossil fuels.

Meanwhile, the EBRD appears completely out of touch with reality by calling its EUR 80 million investment in natural gas in Cyprus “decarbonisation”, rationalising the project  as “enabling the transition away from carbon-intensive fuels”.

Another EUR 243.5 million EBRD loan for fossil gas supply to households in Kazakhstan is promoted as a “drive towards a low-carbon and climate-resilient economy”.

Calling oil and gas investments decarbonisation, sustainable and green is nothing short of delusional. It seriously undermines the green half of the EBRD’s portfolio and underscores the need for a robust set of criteria for finance that gets tagged as sustainable. A full fossil fuel exit would be a good start, to demonstrate commitment to climate action and to realize the Bank’s sustainability mandate.