A closer look at Ukraine’s energy strategy reveals fundamental flaws in the government’s plans to continue using old nuclear reactors and its rhetoric of nuclear being the only possible alternative. 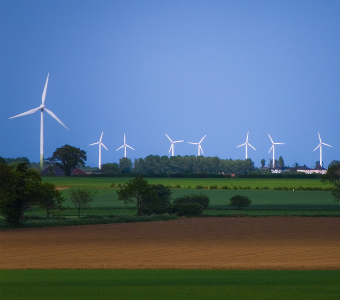 On Sunday a week ago, Lithuanians voiced a clear “No” to nuclear energy. Ukrainians may give the same verdict – were they informed and asked about it. But the only information about nuclear energy that state officials usually communicate to the Ukrainian people is that it is our country’s only option. (This is our government’s rationale for keeping nuclear reactors running beyond their lifetime.)

Alternatives however do exist even here. They just aren’t being studied properly. This is why we set out to examine, by way of example, how Ukraine can reduce its dependency on nuclear energy, without sacrificing its ability to meet demands. (The results are available in a briefing (pdf). We took the data for the renewable energy potentials from scenarios (pdf) prepared by the European Bank for Reconstruction and Development’s Ukraine Sustainable Energy Lending Facility (USELF).).

The results (pdf) show that Ukraine could very well satisfy its electricity needs even when it shuts down expired nuclear power plants, does not built new ones, and neither increases the use of coal in thermal power plants. (At a first glance, our results are also supported in a brand new publication by the International Energy Agency which must have felt a similar need for an alternative assessment.)

Here is our estimation for the potential production capacity in 2030:

According to our estimation, Ukraine could cover up to 27 per cent of its electricity demand in 2030 with renewable energy.

Unfortunately, these are not the priority areas in the currently revised Energy Strategy of Ukraine:

Official forecast is based on flawed calculations

How do these differences come about?

The fundamental bias in Ukraine’s Energy Strategy is that its estimates are based on exaggerated assumptions of economic growth (five per cent annually), an only marginal increase in energy efficiency (1.2 per cent annually), and a low target for decreasing the economy’s electricity intensity (which at the moment is more than twice as high as the EU average). (This is explained in more detail in our briefing paper (pdf).)

In a letter to Ukraine’s Minister for the Energy and Coal Industry Yuriy Boiko, the delegations from both the European Union and the United States have highlighted the same problems and have asked Ukraine to further revise the strategy.

In order to realize the potential we laid out in our study (pdf), the Ukrainian government has to focus on decreasing our economy’s energy intensity and utilising Ukraine’s nearly untapped renewable energy potential

This task – moving from the extension of centralised capacities towards an efficient use of energy and decentralisation of production the long-run – is not easy. European institutions, including the European Bank for Reconstruction and Development have an exceptionally important role to play in helping Ukraine along this way.

It needs first and foremost a strategic focus of all technical and financial support on renewables and energy efficiency – areas that Ukraine desperately needs to develop if it doesn’t want to fall further behind the trends in Europe. Current support for renewables projects is not enough. Potentially laudable initiatives are hopeless if you continue to invest in nuclear power.

There are no grounds for European institutions to support the further development of Ukraine’s coal or nuclear sectors, which are already subsidised heavily. Such practices have made the rest of the energy sector stagnate during the last two decades, making Ukraine’s economy the second most energy intensive in the world.