Home > Blog entry > Infrastructure in the developing world: does it need PPPs?

Public-private partnerships have garnered a lot of criticism but continue to be on the agenda of international development banks as a alternative way to finance infrastructure. 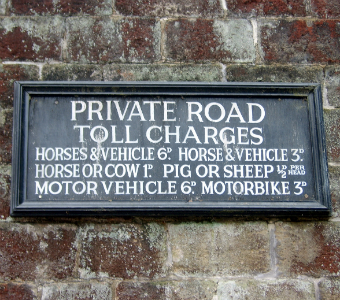 For our latest issue of our quarterly newsletter Bankwatch Mail, we invited two specialists, Matt Bull of the World Bank’s Public Private Infrastructure Advisory Facility and David Price of the Centre for Primary Care and Public Health, Queen Mary, University of London, to debate the issue of public-private partnerships (PPPs) in the developing world. Here’s an excerpt from their discussion. Read their full exchange here.

Firstly, to kick things off, I think we need to address why development institutions such as the World Bank are engaging in PPP projects. The primary reason is that there is a very large infrastructure funding requirement in the developing world that cannot solely be met through constrained government and Overseas Development Aid (ODA) budgets. Let me explain further.

In developed economies, the debate on whether to engage private sector capital in the delivery of infrastructure primarily revolves around whether the assets should be privately financed or publicly funded with the direction of the debate hinging on how you value the risk transfer benefits of private finance relative to its costs. However, in developing economies, there is often no such luxury, governments often do not have the option of publicly funding their infrastructure because their fiscal positions are weak, there is little or no sovereign bond market for them to raise public finance and the ODA funding available is finite and must be shared amongst numerous ‘competing’ recipients.

As a result, governments find it difficult to genuinely ‘invest’ in their economy and instead often choose to offer the private sector the ‘rights’ to develop the assets on their behalf and in doing so are inviting the private sector to share in (or assume) the risks and rewards of the venture. They do this because the counter-factual is sub-optimal – i.e. without the private participation the asset may never be delivered or may come at such a high opportunity cost (e.g. reduced spending on other priorities) that to do so would be detrimental both socially and economically. Put simply, private risk capital is in some circumstances the only viable funding source.

I think this is important context because the World Bank and other multilaterals are not necessarily pursuing PPPs along ideological lines but instead are viewing them as a necessary part of the funding mix if infrastructure is to be developed and economic and social benefits realised.

This is a very different situation for example to the UK’s Private Finance Initiative where there are clearly alternative procurement and funding arrangements other than PFI. So to start the debate I want to set it off on the trajectory of the developing world and not get caught up in some of the arguments that have greater relevance and validity to the developed world.

Of course, PPPs of any sort are a delicate transaction and they have to be done carefully so that the infrastructure is efficiently delivered and value for money achieved. I can go into some of the safeguards necessary to achieve this but will give David a chance to respond first.

Let me start with Matt’s key argument that whereas developed countries can choose among various financing methods, in developing economies PPPs are an economic necessity. He writes: “private risk capital is in some circumstances the only viable funding source.” The there-is-no-alternative claim has been used repeatedly to support PPPs in the UK. Ministers have insisted that investment would not take place except through PPPs and almost all new hospitals built in the last ten years have been delivered through private finance. Several of these hospitals are now in huge debt because of PPP and only three weeks ago the government had to announce a GBP 1.7 billion bail-out for seven of them.

But familiar as the argument of necessity is, I am struck by the World Bank’s reliance on it. After all, it was the World Bank which pointed out that from the public debt angle the UK government’s private finance initiative (our special variant on the PPP model) was essentially an accounting trick used to get round debt level targets. PPP debt is still public debt only it doesn’t register in the same way as straight public financing.

It’s important to be clear about this: PPP is debt underpinned by public guarantees and ultimately paid back from public funds and user charges sometimes enforced by government. If that is the case, how can it be claimed that PPP is a necessity and public financing an impossibility in developing economies?

If PPP is a policy choice and not an act of God we need to know more before we can assess the grounds for multilateral agency support for the policy. Specifically, what are these circumstances in which private risk capital is the only viable alternative? Or to put this another way, what causes of developing counties’ “weak fiscal position” has the World Bank determined can only be addressed by increased reliance on private equity and in no other way?

And the answer is important because there is nothing self-evidently “developmental” about the private risk capital option. On the contrary, there are known development costs. The PPP option places enormous financial burdens on governments and users of essential services. In the interests of the PPP industry, it cultivates larger rather than smaller schemes. It exposes poorer countries to financial market risks in ways in which they have not been exposed before. It is associated in the water sector with serious social, political and operational problems and with huge price hikes and burgeoning operating expenses.

So the policy is contentious and we need to hear more than that it is unavoidable.

Read on in Bankwatch Mail 51