Home > Blog entry > Is Estonia doing enough to reach 100 per cent renewable electricity, and can it do even more with the help of REPowerEU?

On 12 October, Estonia’s parliament adopted a new renewable electricity target of 100 per cent by 2030. The strategic use of EU cohesion and recovery funds in Estonia will help reach that goal, and the additional EUR 83.4 million from REPowerEU has the potential to do even more. 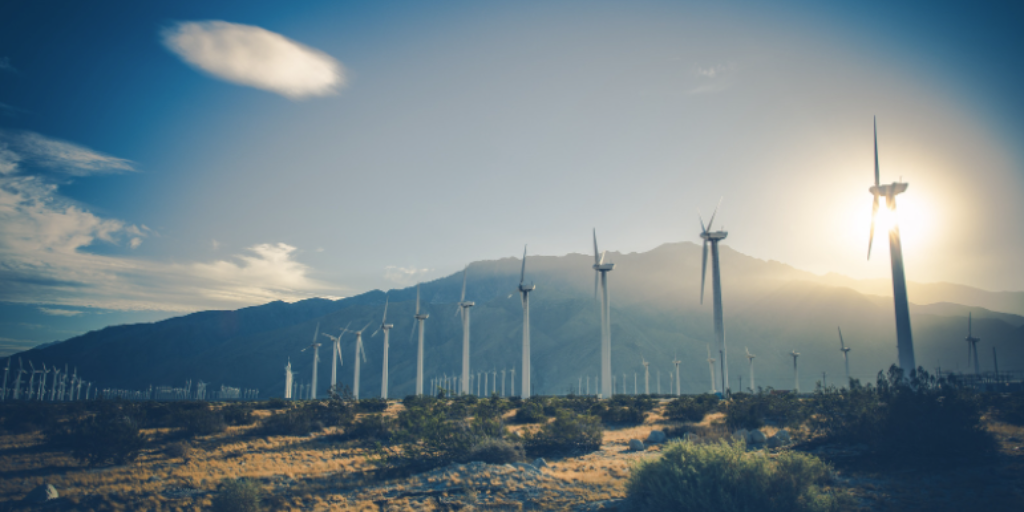 The energy and climate-related investments and reforms in Estonia’s operational programme and recovery plan include a wide range of interventions. Altogether, they make up a coherent policy mix that supports the move towards 100 per cent renewable electricity and include:

As the Estonian government prepares to add a new chapter to its recovery plan under REPowerEU, we in the Estonian Green Movement would like to emphasise which investments and reforms should be introduced, improved and prevented.

Biogas can offer an alternative to fossil gas

Fossil fuel phase-out will be necessary not only in the electricity sector, but also in the whole energy system, including in heating and transport. In light of the current gas crisis, it is especially important that Estonia uses EU funds to scale up the production of alternative gases such as biogas and renewables-based hydrogen.In order to assure sustainability, we propose the call for proposals contain criteria that would allow for biogas production only from residue and waste, not energy crops.

Estonia’s operational programme incentivises biogas production with demand-side investments. A EUR 12 million investment is planned for  procuring  biomethane buses for public transport in larger cities and building biogas fueling stations. The buses will consume around 55 gigawatt hours per year of biomethane, and it is expected that the increase in demand will spark a corresponding rise in domestic biogas production. In the future, biogas from these production facilities can also be used for electricity and heat production in hours of peak demand instead of fossil gas.

Hydrogen use has to be carefully prioritised

Estonia’s recovery plan will support the uptake of renewables-based hydrogen technologies, making EUR 50 million available for pilot projects that aim to build up whole value chains. Projects must require that hydrogen be produced from electrolysis with the use of renewable electricity, financing for transmission and storage infrastructure, and specific technologies for hydrogen consumption. Although green hydrogen is not a bad solution in principle, it should be used only in sectors where reducing emissions by other means is very difficult, such as the steel and chemicals industries, aviation, long distance shipping and heavy duty road transport. We propose the call for proposals includes criteria that prioritise the production and consumption of hydrogen only in the aforementioned sectors where better alternatives for decarbonisation, such as electrification, alternative fuels, a modal shift, do not exist or are not competitive.

If the sectors that can apply for EU funding to develop hydrogen capabilities are not limited, financial support may be used to build up hydrogen value chains in sectors that are not economically viable or environmentally optimal. An example of such a project has already emerged in Tallinn, where hydrogen will be produced from wood biomass and used as fuel for city taxis. These options are not reasonable: first, electrolysis requires a very large amount of electricity and wood biomass is a very limited resource; second, in the case of passenger cars (including taxis), direct electrification (electric vehicles) is a significantly more efficient and environmentally friendly solution than hydrogen fuel cell vehicles.

Gas demand must be reduced

Estonia must also avoid using EU funds to build additional permanent fossil gas infrastructure such as LNG terminals. Instead, Estonia should seek to reduce gas demand as much as possible and to invest in biogas and hydrogen production where the highest environmental standards for its use can be met (as indicated in the previous sections).

At the moment, gas is primarily used for heating: approximately 45,000 households in Estonia are heated with gas boilers. To reduce the dependence on imported fossil gas, buildings with gas boilers should be connected to a district heating network or their boilers replaced with heat pumps as soon as possible. The Estonian Heat Pump Association has estimated that around half of these households would need financial support to purchase a heat pump. We propose to allocate additional funds for replacing gas boilers with heat pumps or  district heating.

Energy poverty has to be addressed

It is welcome that the Estonian recovery plan intends to implement differentiated financial support for renovation, with higher support rates in rural areas where property values and the residents’ capacity to invest are low. However, the inability to renovate may be correlated more with household income rather than the area of residence. At the same time, in the current energy crisis, low-income households who are unable to renovate are the ones who need renovation the most to lower their energy bills. We propose that Estonia differentiate reconstruction subsidies based on household income (or, in the case of apartment buildings, the average household income), whereby low-income households would receive higher subsidy rates.

Although the EU’s new solar energy strategy foresees the creation of at least one citizen energy community in every city that has at least 10,000 inhabitants by 2025, so far the electricity production in Estonia has been heavily centralised in the hands of a few oil shale companies. No support is currently foreseen for establishing energy communities in the Estonian operational programme or recovery plan, making cooperative electricity production an untapped opportunity that could help to increase local communities’ support for renewables and improve their energy security.

However, local communities may not have enough funds to initiate the planning of large-scale solar and especially wind farms. We believe Estonia should follow the lead of other European countries that support energy cooperatives through direct grants in the early stages. The grants could be used for conducting preliminary studies, establishing the feasibility of the projects and attracting investors from the community.

Wind farms do not belong in forested areas

To increase the uptake of renewables in the energy mix, the REPowerEU plan proposes to accelerate the permitting process for wind and solar farms by largely abolishing the requirement to conduct an environmental impact assessment. This would, for instance, make it easier to clearcut forests to make way for wind and solar farms.

Although it is necessary to shorten some parts of the permitting process, it should not be done by abolishing environmental legislation and excluding the voices of affected stakeholders. Estonia should not finance the building of wind and solar farms in forested areas under REPowerEU, as the necessary clearing of forested land creates new carbon emissions, reduces carbon sequestration and damages biodiversity. Following Estonia’s Land Use, Land Use Change and Forestry (LULUCF) sector sequestration target for 2030, preference should be given to sites other than forested areas when planning wind parks. Replacement afforestation cannot outweigh decades of carbon sequestration deficit and biodiversity loss related to massively increased clearcutting.

Estonia is taking steps in the right direction, but there are still some measures that could and should be improved in Estonia’s recovery plan. REPowerEU offers an opportunity to do so, but there are loopholes that should be avoided. We suggest the Estonian government: