After years of trying to use EU funds to build a motorway through a Natura 2000 zone, Bulgaria now has a chance to spend EU money to counter the increasing traffic in Kresna Gorge and protect its biodiversity. 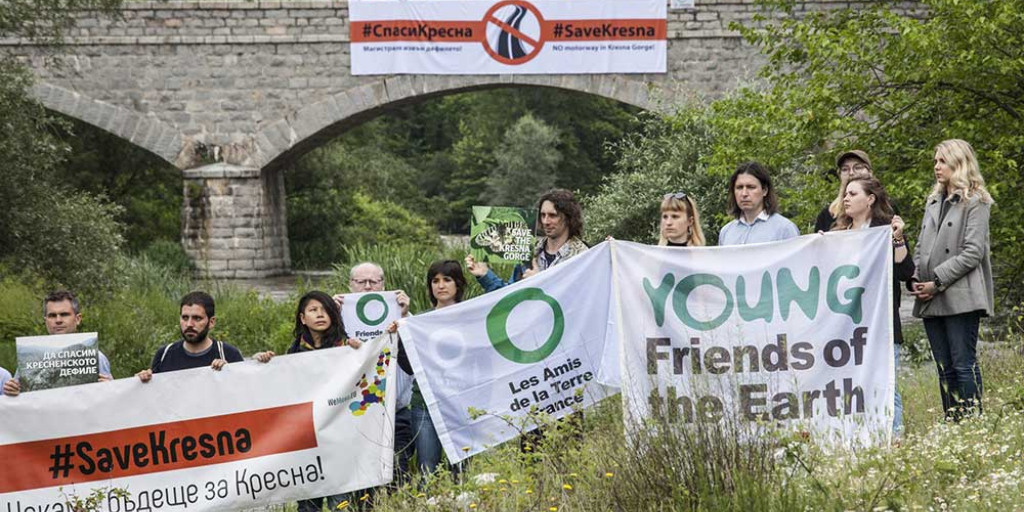 Kresna Gorge, with the Struma River passing through it, is an area in southwest Bulgaria where, for centuries, nature has made its path through a narrow pass between two mountains and two climate zones: the Mediterranean and the continental. These unique conditions have created a biodiversity hotspot within the gorge, which is not only extremely rich with numerous endemic species, but also represents an important migration corridor. Two Natura 2000 sites and five national protected areas have been designated within this 17 kilometre-long area.

This natural corridor also forms a transport route between west Bulgaria and Greece and is part of the Trans-European Orient/East–Med transport corridor. As such, after a request from the Bulgarian government, the Struma motorway between Sofia and the Greek border received EU funding on the condition that Kresna Gorge would be protected and the project would comply with EU environmental legislation. The history of the Struma motorway project over the past 20 years shows that the Bulgarian authorities have made repeated attempts to carve a road through Kresna Gorge using EU money, while also breaching EU legislation and biodiversity requirements. Many of those attempts were prevented by the European Commission, but the latest one is gaining serious momentum.

In 2008, the environmental impact assessment (EIA) for the project concluded that the only possible option was a 15 kilometre-long tunnel bypassing the gorge itself. On this basis, in 2013, the European Commission issued a decision to finance the motorway (using cohesion funds) with the explicit condition that the route would ‘avoid the environmentally sensitive Kresna Gorge’. During the negotiation, the relevant Bulgarian ministers issued an undersigned commitment to implement the project ‘in full compliance with the 2008 EIA decision’.

At that time, the European Commission (DG REGIO) made its first mistake by agreeing to divide the Struma motorway into two major projects. This resulted in immediate financing (2007-2013) for the ‘easiest’ 68 kilometre-long part of the Struma motorway – (lots 1, 2 and 4) and postponing the 63 kilometre-long lot 3 – which included the Kresna tunnel – for the programming period from 2014 to 2020.

In 2015, after receiving nearly EUR 343 million in EU funds, the Bulgarian authorities renounced their official commitment and started to work again on a motorway route that would go through Kresna. In 2017, a new EIA was conducted only for the Kresna Gorge part of the project.

The European Commission’s second mistake was to provide the funding for lots 1, 2 and 4, even though the second part of the agreement about lot 3 being built outside Kresna Gorge was not respected. The commission also agreed to divide lot 3 into three parts – lots 3.1, 3.2 (Kresna Gorge) and 3.3 – and approved the financing for lots 3.1 and 3.3 again, thereby accepting that the Kresna Gorge section would be postponed. This is how DG REGIO intentionally lost its leverage to convince the Bulgarian authorities to fulfil what they promised in a timely manner and to safeguard EU funds from misuse by causing damage to Europe’s biodiverse habitats.

At the end of 2018, the Bulgarian government requested EU financing for lot 3.2 with a new route through the gorge. The firm answer from the European Commission was that the project did not comply with the requirements of the Habitats Directive, among other important deficiencies that were identified in the new 2017 environmental permit.

From 2019 to the present day, the European Commission and the Bern Convention on biodiversity have made systematic efforts to help the Bulgarian authorities get the project back on the ‘right track’.

However, it seems that after the rejection of the planned motorway in the gorge, Bulgarian construction companies and authorities have lost their appetite for the project. Indeed, in the final version of the Transport operational programme for 2021 to 2027, the allocated funds for the completion of lot 3.2 in Kresna Gorge amount to EUR 150 million – nearly five times less than predicted by all the financial assessments. Most of the funds (EUR 455 million) have now been shifted to two other road construction projects.

This is yet another example of breach of trust in public action in the long history of misuse of EU funds by the Bulgarian authorities. Several obligations regarding this project still need to be fulfilled:

As the new operational programmes for Bulgaria are being finalised, our request is that the responsible institutions – the European Commission and the managing authorities of the Transport operational programme – need to resolve the issue by redistributing funds to provide maximum institutional and financial assurance that the project ‘avoid[ing] the environmentally sensitive Kresna Gorge’ will be implemented during the current period (by 2030). Otherwise, the project is unlikely to be completed in time, and traffic through the gorge will continue to affect both the area’s biodiversity and local population, probably resulting in an infringement procedure against Bulgaria.

Watch Za Zemiata’s video about the history of the Struma motorway through Kresna Gorge here.