On December 18 the EBRD board of directors approved a loan of USD 50 million to finance a project aimed at the expansion of oil operations and reducing gas flaring in Egypt. Yet the tenuous political situation in the country continues to raise concerns about the bank’s ability to make a positive contribution towards the democratic process, and whether it should be investing there at all. 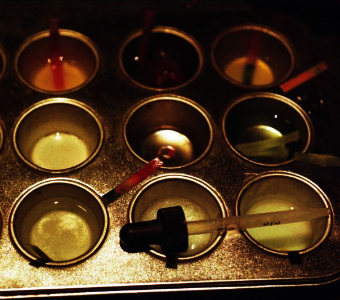 The last six months has seen the most intense repression since the Egyptian revolution began in January 2011 – the country has witnessed a military takeover, cancellation of the existing parliament and upper house, and the killing of another 1,300 protesters, the vast majority by state forces. The last month has seen a further crackdown on liberal and leftist journalists, bloggers and civil rights activists. In the last month:

The constitution that is being redrafted allows for military trials for civilians, a heavily abused practice in Egypt. A new anti-protest law was decreed by the military-installed President, severely restricting all demonstrations and any meetings of more than 10 people.

Indiscriminate killings by those in power have also been commonplace since July, with the following massacres witnessed:

The Muslim Brotherhood and its allies were not peaceful, and its members used violence in recent protests. However, in all of these cases, the security forces dominated the situation and used excessive force. On August 14, there was a failure by senior-level officials to ensure safe exit for unarmed protesters, the injured, and children.

The government and the military

The recent killings, arrests and repression show that the military and the Ministry of Interior are reasserting their power. The current government has actively created a context of impunity. Ministers have either actively whipped up hatred targeting anyone opposing the military, as well as Palestinian and Syrian refugees, or failed to distance themselves from these statements or to acknowledge any wrongdoing by security forces.

The Ministry of Interior is widely seen as “getting so comfortable that not only can it not be bothered to cover up its undemocratic actions, but is proudly flexing its oppressive muscles to let everyone know that it’s back, and stronger than ever” (Heba Afify on Mada Masr).

This presents a particular challenge to the EBRD. According to the EBRD’s Establishing Agreement, the bank “promotes initiatives in countries committed to and applying the principles of multiparty democracy, pluralism and market economics”.

The EBRD claims that “supporting reforms that strengthen democracy is an important aspect of the EBRD’s mandate.” Many EBRD staff and Executive Directors at the EBRD AGM in Istanbul held major doubts about Egypt’s compliance with Article I, back in May 2013 before the military took power.

But they assured us that the Parliamentary and Presidential elections had been democratic, that the constitution had been passed with no repression of opponents and that therefore Egypt was on the road towards democracy. It was these institutions – that the EBRD itself held up as legitimate – which have since been removed by the military.

While Article I is seen as elastic, it surely cannot stretch as far as coups and massacres if it is to maintain any credibility.

It’s also worth remembering that large centralised loans to oil extraction projects have limited positive impact on the wider population, but can buttress and strengthen repressive regimes. A loan to an oil company has a different political impact than SME lending.

By the EBRD approving an oil project at this stage, it is sending a clear message: