In an unambiguous letter Members of the European Parliament have reminded the European Investment Bank of the economic and environmental risks that the Šoštanj lignite power plant project poses for Europe and Slovenia. 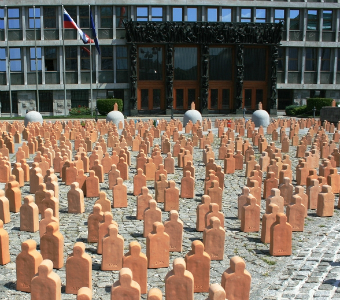 Members of the European Parliament have called upon the European Investment Bank’s President Werner Hoyer to withhold the disbursement of EIB funds for the Šoštanj lignite power plant project in Slovenia.

A letter (pdf) from Claude Turmes (Greens), Alojz Peterle (EPP) and Kathleen van Brempt (S&D) was sent yesterday after Slovenian news reported on Monday that the European Investment Bank’s management is shortly expected to decide on the disbursement of EUR 440 million for the new lignite block at Šoštanj.

“It is not acceptable that the EU’s house bank should transfer funds for a project which is being actively investigated at all levels for corruption and noncompliance with EU law […] and whose economic feasibility is under such serious doubts.”

A positive decision would mean dishing out almost half a billion euros (the second tranche of a EUR 550 million loan) for one of the dirtiest projects in Europe – in many regards:

The project is well known for corruption scandals

The MEPs emphasise that with the investigations ongoing, a loan disbursement is unacceptable:

These investigations make it clear that there are serious reasons to believe the project can have a significant negative impact on the European and Slovenian economies and on the environment. For this reason, disbursing European public funds to this project before the listed processes are closed comes with enormous risks and should not be allowed to happen.

Independent studies have revealed (pdf) a number of flaws in the official assessments of the project’s economic feasibility.

As the MEPs point out:

Importantly, the doubts over the economic feasibility of the project coming from various sources should remain a high concern for the EIB. Several of the conditions related to the economic feasibility of the project set by the Slovenian government have not been fulfilled by the investor – that the State Guarantee has been offered by the Slovenian authorities may give the impression these demands points [sic] have been met but this is not the case. (emphasis added)

Rather, one can add, the Slovene government has tried to solve some of these problems by weakening these conditions.

By releasing approximately 3.1 megatonnes of CO2 (project promoter’s estimate) into our atmosphere every year, the Šoštanj lignite power plant would use up almost all of Slovenia’s carbon emission allowances by 2050 under the EU’s decarbonisation objectives.

Encouraging such dirty energy production with almost half a billion euros would fly in the face of increasing calls by other international bodies to de-carbonise our economies and end fossil fuels subsidies (most recently by the OECD).

The overwhelming urgency of avoiding irreversible climate change (highlighted for instance by the World Bank and the European Environment Agency) leaves no room for financing a lignite power plant. And the EU’s own climate targets should leave no room for justifying such an investment by the EU’s house bank.

With its energy lending policy currently under review, the EIB could already now prove its intention to be part of the solution, not the problem, by refraining from disbursing the second Šoštanj loan tranche.