Centerra Gold is being criticised for its activities in protected areas at the Kumtor gold mine and at another project in Mongolia. More lessons to be learnt for the European Bank for Reconstruction and Development. 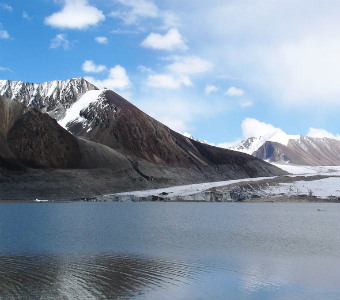 After last month’s excitement, one might think things have settled around the Kumtor gold mine in Kyrgyzstan. But appearances are deceiving, because the integrity of the important Sarychat-Ertash natural reserve is being acutely threatened by the Kumtor gold mine’s expansion, as Bishkek’s Human Development Centre ‘Tree of Life’ together with three other international and Kyrgyz non-governmental organisations have highlighted recently (RU).

To quickly recapitulate what has happened earlier: In January, two reports recommended that the Kyrgyz government suspended operations at the Kumtor gold mine on grounds of ongoing water pollution, unstable waste water facilities, unclear provisions for use of land and more. (Only a few days later, but unrelated, miners at the Kumtor gold mine, whose owner Centerra Gold is sponsored by the European Bank for Reconstruction and Development (EBRD), went on strike over salary deductions.)

Now, while a Parliamentarian commission, established after the reports’ publication to further investigate the case, is struggling to find money and experts for its work (RU), the non-governmental organisations have added fuel to the fire. They protest against an allowance for Kumtor to expand its mining operations in what had before been part of the Sarychat-Ertash natural reserve:

In a new agreement between the mine operator and the Kyrgyz government from April 2009, Kumtor received an expanded concession area. The agreement explicitly states that “no part of the Sarychat-Ertash National Park is, nor will […] be included in the Expanded Concession Area”.

Two months later, in June 2009, the Kyrgyz government adopted changes to the reserve’s territory, putting aside 4080 ha that are now part of Kumtor’s concession area.

Not only did this happen after granting Kumtor access to the same territory. The decision was also made illegally because an environmental impact assessment of the land transfer has not been conducted despite being an obligation – as has been confirmed by the official inter-agency commission’s report on Kumtor in January.

This case represents only one of the many irregularities I’ve seen at the Kumtor gold mine in the past. The most recent governmental decisions do offer a glimmer of hope for higher environmental standards at the mine. But while the new Parliamentary commission investigating the case struggles to find funding to continue its work, Kumtor remains highly profitable.

Moreover, the European Bank for Reconstruction and Development has granted Kumtor’s owner, Centerra Gold, further financial support, a big chunk of which is likely to be used for further expansion of Kumtor as well as Centerra’s mining operations in Mongolia.

Centerra’s activities in Mongolia include those that, earlier this month, led a consortium of Canadian and Mongolian organisations to file a complaint over apparent violations of Mongolian law and international corporate responsibility guidelines by Centerra.

Centerra Gold has intentions to mine in a forested area in the headwater of the Gatsuurt River, where mineral exploration and mining operations are prohibited by a Mongolian law to protect forests and rivers. Although the licence for the Gatsuurt deposit has been revoked in 2010, the company has already completed extensive mine and infrastructure works over the last 2 years.

For more guidance from a development institution

The European Bank for Reconstruction and Development looks like a complete bystander in these events, but as an international financial institution, it really shouldn’t.

Bankwatch has been communicating the problems at Kumtor for years now, seemingly to no avail. It’s time for the bank to keep a much closer eye on the case instead of relying too much on the company’s own assessments.

More generally, with respect to mining in protected areas: among our suggestions for the bank’s new mining strategy, due to be finalised this year, is to agree on “no-go zones” for mining operations, including natural reserves, glaciers, UNESCO world heritage sites, and more.

Read more on the Kumtor gold mine and on the European Bank for Reconstruction and Development.