Just as everyone else was going on holiday, on Friday night the Montenegrin parliament approved two decisions laying the ground for the controversial Pljevlja II lignite power plant. But a look at the project documentation released by the government shows that the project’s economics only add up with some giant leaps of faith. 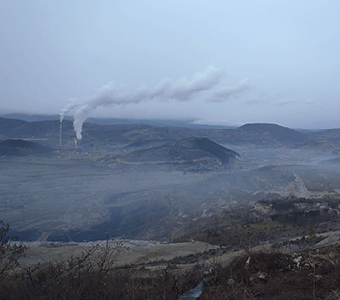 The project preparations for the 254 MW Pljevlja II have been going on for years. Elektroprivreda Crne Gore (EPCG) and its main shareholder, the Montenegrin government, desperately want the project to go ahead, while the other major shareholder in EPCG, Italy’s A2A, is not keen due to the project’s poor economics. This has led to a stalemate which has lasted for at least a year and a half. But now, suddenly, there’s a huge rush.

In October there is a general election. And at the beginning of next year, new OECD rules on coal plant financing by export credit agencies kicks in, meaning that if financing for the Pljevlja II lignite power plant is not agreed by the end of this year, the Czech Export Bank, which is likely to be the main financier of the project, will have to pull out.

EPCG hasn’t been idling during this stalemate. As well as the never-ending negotiations with A2A and the preferred bidder Škoda Praha from the Czech Republic, the company has commissioned three new studies to bolster its claim that the project is feasible.

EPCG and the Montenegrin government have been delighted to announce that the studies show the project is feasible.

But actually, they don’t.

The full studies have not been published, but a comprehensive presentation (in the local language) of the Deloitte study shows the main findings.

And true enough, the phrase “it can be concluded that the project is feasible” does appear on the presentation.

But that’s where the feasibility ends and the creativity begins.

1) The study assumes that the Montenegrin government will manage to negotiate a delay in implementing the EU Emissions Trading Scheme (ETS) until at least 2026. Delayed implementation of ETS has not been the practice so far for states acceding to the EU in recent years and it is unclear why Montenegro should be an exception. Perhaps the Montenegrin government is counting on free emissions allowances, but these are in general no longer available for the power sector.

2)The forecast wholesale electricity prices seem very high, reaching 97 EUR/MWh by 2040 without inflation, compared to current prices of 39 EUR/MWh in Montenegro cited by an EPCG representative on 18.07.2016.

And this is where the real weirdness begins. The study takes a price 10% lower as a basis for calculations in order to appear “conservative” in its calculations. This price is still quite high and may never materialise. But more intriguing is that the calculations, for no clear reason, couple this “conservative” 10% lower electricity price with a 10% lower CO2 emissions price in the name of making a “conservative” calculation.

This is in fact the opposite of conservative, because lower CO2 costs do not pose a risk to the plant, but rather help it become feasible. So a lower electricity sales price and a higher CO2 price would form a more conservative scenario, not a lower electricity sales price and a lower CO2 price. I find it difficult to believe that Deloitte don’t know this, so it looks like a case of creative accounting to me.

Even with this bizarre coupling, if the wholesale price of electricity turns out 20% lower than expected (and the CO2 price turns out 20% lower lower), the investment is unfeasible. So if the CO2 price rises as expected, presumably the investment would be even more sensitive to lower than expected electricity prices. Considering the inexact nature of such forecasting, this seems quite a possible scenario.

3) It is assumed that production costs at the captive lignite mines will be reduced from 24.21 EUR/tonne in 2015 to 17-17.5 EUR/tonne in 2027. However it is far from certain that such significant cost cuts will be achieved, and even 17.5 EUR/tonne is on the high side for lignite mines in eastern Europe, according to a 2014 EY benchmarking study. In order to reach the desired cost of production from the mine, the number of workers would have to be reduced by almost half. It is not clear whether there is any plan to ensure that this happens in a just and socially sensitive manner.

4) VAT is not expected to be paid on the equipment for the power plant. This is in line with recent changes to Montenegrin legislation, but decreases the investment’s value for the state and raises issues about state aid.

So, in summary:
If Montenegro somehow manages to delay the implementation of the ETS until 2026 and
If electricity prices more than double by 2040 and
If CO2 costs are 10% lower than projected and
If Pljevlja mine manages to reduce production costs from 24.21 EUR/tonne to 17.5 EUR/tonne within the next ten years and
If no VAT is paid for the EPC contract,
Then the Pljevlja II power plant might just turn out economically viable.

No wonder A2A is not very interested. But it also raises the question of why the Montenegrin government is so desperate to push through this project, despite its obvious weaknesses?

As is often the case with the Balkan energy sector, special interests and corruption come to mind. The fact that the Prime Minister’s brother, Aco Đukanović owns an 11% share in the Pljevlja lignite mine raises obvious red flags. With interests like these involved, the government’s ability to balance public and private interests is highly compromised.

Montenegro’s decision-makers – as well as the Czech Export Bank which is considering financing the project – would be well advised to examine the project documentation with a fine-toothed comb and see the numbers for what they are – a desperate attempt to make a rotten project palatable.