Home > Blog entry > Narrow road ahead: the energy crisis in Kosovo in the context of Russia’s invasion of Ukraine 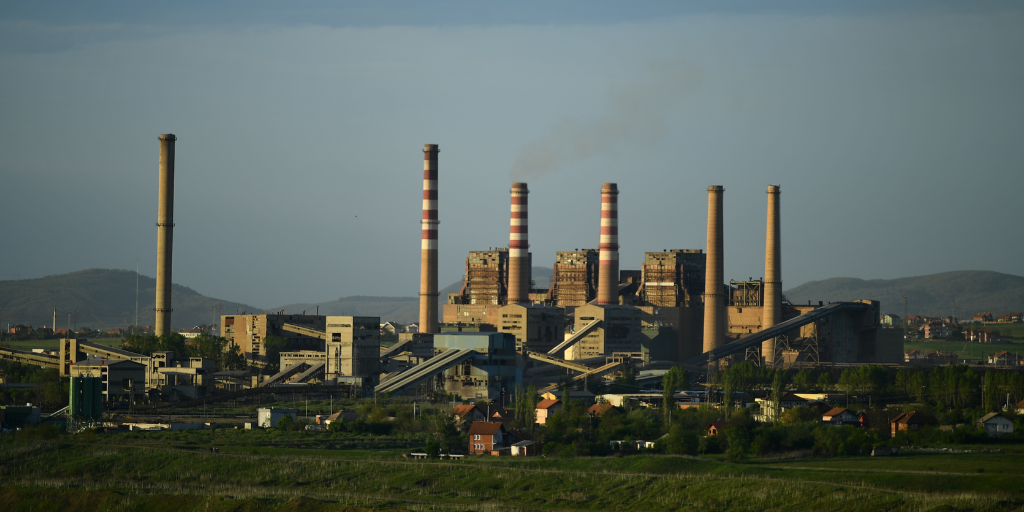 An overview of Kosovo’s energy sector

As Kosovo has entered its seventh month since the start of the energy crisis, there has been a lot of debate about what future pathways the young economy should follow. The country, home to 1.8 million people, is at a crossroads between a modernised and diverse energy sector and a highly centralised one. As the government drafts its energy strategy for the next decade, Kosovo is left with few possibilities in large part because of the effects of the energy crisis on its economy.

The energy sector of the Republic of Kosovo is composed of electricity generation, electricity transmission, electricity distribution and a few district heating plants) (ERO, 2021). Generation is mainly based on lignite power plants (Kosova A and Kosova B) and, to a lesser extent, the Ujmani hydropower plant, all of which are owned by the government of the Republic of Kosovo. In contrast, other hydropower plants and other renewables are privately owned (Ministry of Economy, 2017).

One of the wealthiest countries in the world in terms of lignite reserves, Kosovo’s power system is mainly designed to produce basic electricity based on lignite as a raw material (Ministry of Economy, 2017). Hence, due to the inflexibility of its power generation, Kosovo cannot achieve maximum load coverage, which usually reaches its peak during the winter months, and does not have balancing capacities (battery or pumped hydropower storage capacities) (Energy Regulatory Office, 2020).

Most of the time, these capacities would be sufficient to cover demand and export. Still, due to power plant ageing and insufficient flexibility, imports and exports are required to balance the system (ERO, 2021). Lignite also remains an environmental issue due to greenhouse gas emissions and other pollutants.

In October 2021, the increase in the price of gas from Russia affected the energy prices in the European market. Due to the lack of new capacities being developed within the country, Kosovo’s consumption patterns, and the collapse of internal generating capacities, Kosovo faced an energy shortage as never before. During December, both power plants, Kosovo A and B, malfunctioned and were offline for some time: Kosovo Electricity Corporation returned Kosovo A and a unit of Kosovo B into operation within a day; however, Kosovo B2 was back in operation only on 23 January 2022 (Bota Sot, 2022). Due to the lack of internal capacities and the astronomical prices in the European energy market, Kosovo had to review its electricity prices.

In January 2022, Kosovo’s Energy Regulatory Office was forced to increase the price for households and businesses. The prices of the end consumption almost doubled from 6.5 cents per kilowatt hour (kWh) to 12.5 cents/kWh after subsidies for consumers who spent more than 800 kilowatts (kW). The government decided to subsidise the energy sector with a total of EUR 120 million to cover a portion of the price increase. The subsidies were given directly to the consumers through a deduction on their final electricity bill, making the increase unnoticeable for businesses and households who spent less than 800 kW per month (Energy Regulatory Office, 2022).

How will the Ukraine crisis affect the energy market in Kosovo?

Russia’s invasion of Ukraine has caused upheaval in the energy market and geopolitics of energy, driving oil and gas prices to their highest levels in nearly a decade and forcing many countries to reconsider their energy supply. According to the International Energy Agency, Russia is the world’s largest oil exporter to global markets. Its gas is one of the most significant resources used in the European economy. While Kosovo is not directly connected with the Russian or Ukrainian energy markets because it does not have gas infrastructure, the lack of reliable internal capacity has enabled the shock to also affect the young economy.

Due to the energy shortage, Kosovo bought electricity from the Hungarian Power Exchange (HupX) market, which was strongly affected by the energy crisis and Russia’s invasion of Ukraine.

With these higher prices on the European market, the young economy of Kosovo is left with few possibilities. The two existing power plants are currently in operation; however, there is no guarantee that the malfunctions will not be repeated during the winter of 2022. Furthermore, preplanned investments at the plants will leave Kosovo without a significant proportion of its internal generating capacities for a period of six months in 2023.

Kosovo is currently developing its energy strategy for 2022 to 2031. There are a few possible scenarios that the government of Kosovo can select, and none of them are ‘no-regret’ scenarios apart from investments in energy efficiency. During winter 2021-2022, a significant proportion of families switched from coal and wood heating sources to electric ones; this resulted in a considerable increase in energy demand, reaching an all-time high of 1,400 MW (Energy Regulatory Office, 2022).

Therefore, increasing energy efficiency and promoting near-zero energy buildings would help decrease energy demand during the winter peak and dependence on external power. To accomplish that, primary and secondary legislation, as well as establishing a Strategy for Energy Performance in Buildings and related plans, are required. Furthermore, in Kosovo, a system to assist the training and certification of Energy Performance Certifiers must be authorised as a first step toward near-zero energy buildings.

Moreover, the Energy Efficiency Fund should increase its capacity to expand its work to support households adopting such measures. Lastly, the newly amended legislation needs to address energy-poor households and support them throughout the transition, especially in implementing energy efficiency measures. Currently, the national legislation does not define ‘energy poor’ households, making it impossible to develop policies targeting them.

Furthermore, the rise of energy security as a priority due to the Ukraine crisis has underlined the need to invest in new generating capacities. The existing coal-powered power plants are unreliable; building a new one is not affordable, as the Kosova e Re saga showed, and with the likelihood that Kosovo will have to introduce a carbon tax or emissions trading scheme, the price per MWh would be unreasonable.

Therefore, in the face of such circumstances, Kosovo can use this opportunity to pave a greener and brighter future. By drafting policies that encourage renewable energy investments and launching renewable energy auctions to attract additional local and foreign investors, Kosovo can reduce its carbon emissions, create new jobs and support a green and sustainable recovery after the COVID-19 pandemic and Ukrainian war crises.

Studies from the World Bank have shown that Kosovo has enough technical capacity to transition towards renewable sources by utilising solar and wind technologies (World Bank, 2018). Furthermore, investing in new interconnection lines, integrating its market regionally and investing in secondary and tertiary reserves will allow for higher security. The draft Energy Strategy 2022-2031 shows that apart from auctions, some of the initiatives of the government include a EUR 227.3 million financing agreement with Millennium Challenge Corporation on battery storage and a EUR 64 million agreement with Germany’s KfW on solar heating and electricity generation, which aim to help the country move towards the energy transition (Ministry of Economy, 2022). Lastly, the strategy aims to reach 35 per cent of electricity generation from renewable energy sources.

When talking about renewable self-consumption, it’s vital to remember that this section isn’t recognised or valued as a significant renewable energy industry. The existing policy framework does not emphasise or even mention renewable self-consumption objectives. As a result, Kosovo should either pass a Renewable Energy Law or change its Energy Law to incorporate renewable energy self-consumption. Kosovo’s energy sector has no technical or technological limits when it comes to the installation of all forms of renewable technology by self-consumers who are linked to the grid via net metering. The only limitations stand in financing and bureaucratic procedures for gaining the necessary permits. The draft Energy Strategy 2022-2031 is the only strategic document that addresses prosumers as an essential target group and aims to further support their deployment. However, the strategy alone cannot support the deployment of prosumers; therefore, the government of Kosovo needs to take swift action in adopting the necessary legislation and developing support programmes to further enable a free and fair market, while promoting the renewable energy sector.