Home > Blog entry > New EIB report on SMEs: another rabbit in the hat from our favorite bank

The Bankwatch EIB team read the most recent report by the European Investment Bank on the bank’s crisis lending to small and medium enterprises and they were surprised by its main claims: unlike what the EIB says, our own research shows that EIB crisis loans to SMEs were more helpful to commercial banks disbursing them than to the cash-strapped small and medium enterprises they were supposed to help. 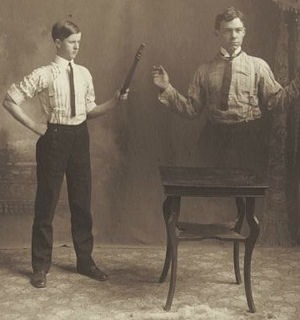 The European Investment Bank boasts on its website „During the financial crisis, the EIB Group made an exceptional effort to help small and medium-sized enterprises.” The EIB also claims in a study published mid-July „Some 105 000 SMEs received EIB Group support in 2009 and another 115 000 in 2010.” We beg to differ.

In 2008, the EIB initiated a stimulus package which included the immediate deployment of an additional EUR 15 billion to its ‘global loan’ lending in order to help support the small- and medium-sized enterprise (SME) sector across the EU. Global loans are a form of funding which, unlike the EIBs standard project financing, is provided to third party intermediaries (predominantly commercial banks), who then lend out the funds along with their own contribution to borrowers.

At the end of 2010, Bankwatch published its own assessment of the EIB crisis support for SMEs in Central and Eastern Europe, a much less optimistic evaluation of the Bank’s financing for small and medium enterprises than the self-assessment published by the EIB in mid-July.

The Bankwatch analysis of how this money was used in CEE concluded that, in essence, a package that was designed to stimulate the SME sector during the global financial crisis appears to have provided greater stimulation to the intermediary banks who were the initial recipients of the funding. Intermediary banks were not really rushing to pass on the money to enterprises. Until November 2010, according to the most optimistic evaluations, only 69% of the amount signed out by the EIB had been allocated to SMEs by intermediaries; for each intermediary that allocated the full amount provided by the EIB to SMEs, there was one intermediary which had not allocated even one cent. Additionally, SMEs in the region have themselves reported difficulty accessing the EIBs additional funding, largely due to the tightened lending conditions and restrictions imposed by local banks.

The Bankwatch report caused some furor among the EIB staff, which struggled earlier this year to contradict our findings and defend its investments. The overall feeling was that our report dealt a heavy blow to the credibility of EIB global loans. We held a hope that our analysis would force the EIB into some introspection and that the bank would consider reforming its lending system to remedy some of the deficiencies we had pointed to. Unfortunately, the July EIB report on SMEs lending proves that the bank prefers to create documents that help it hail its own achievements rather than honestly attempt to reform its practices in a way that can really help the SMEs.

Here are some aspects of the EIB report we find troubling: